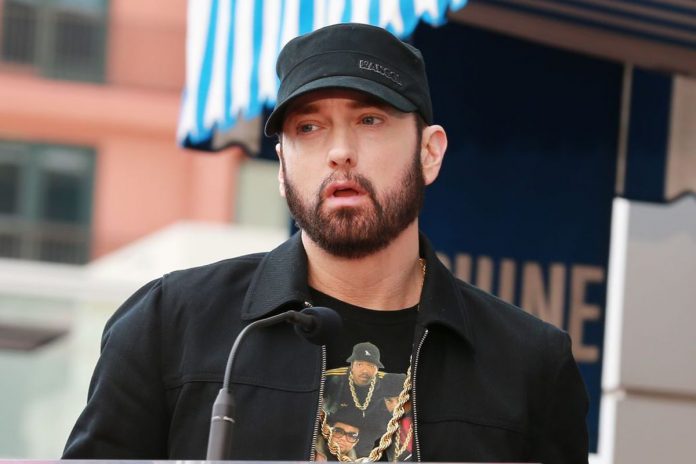 Eminem is an American rapper, actor, and producer. ☆ Eminem Net Worth 2020: Eminem is a multi-platinum selling American rapper, producer and actor who has a net worth of $230 million. He is one of the most popular and greatest rappers and hip-hop artists of all time. His popularity can be gauged by the fact that more than 172 million of his albums have been sold worldwide. In the Rolling Stone List of 100 greatest artists, he is ranked 83. Connect with Him On Instagram 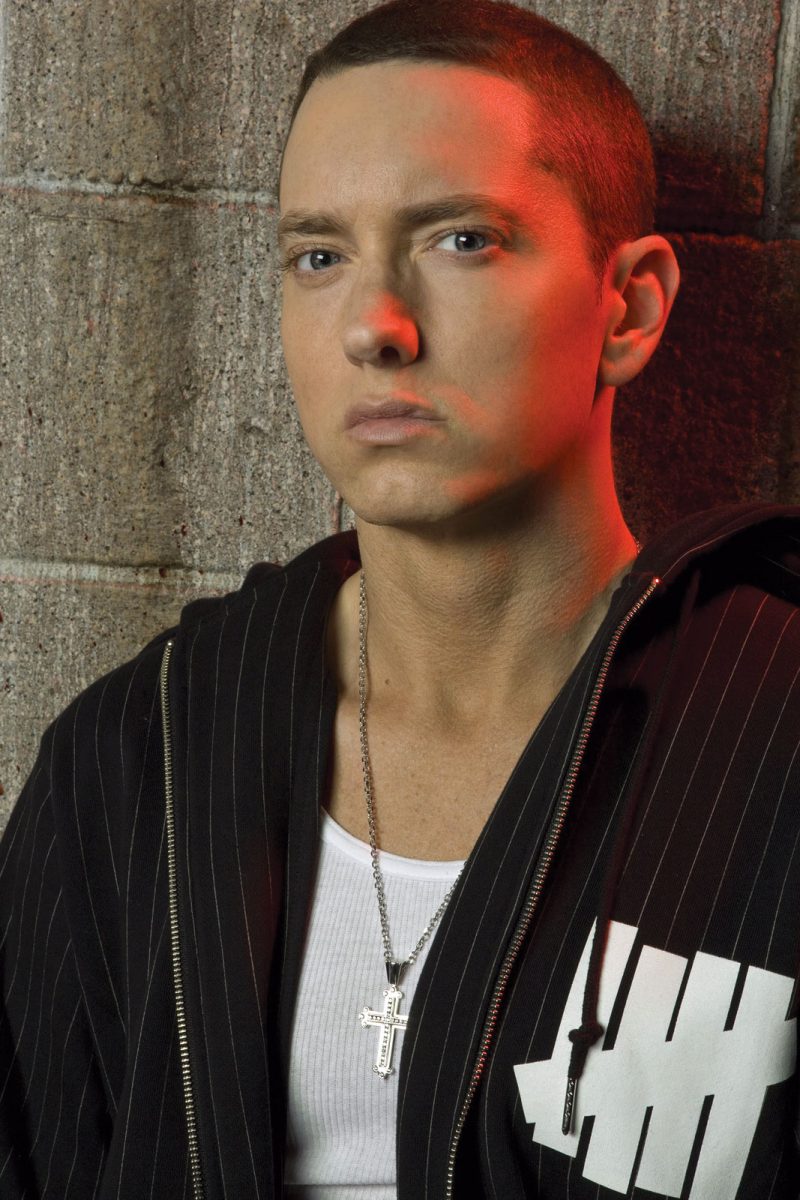 Eminem Net Worth 2020: Age, Height, Weight, Wife, Kids, Bio-Wiki. Eminem was born on 17th October 1972 in St Joseph, Missouri, and was named Marshall Bruce Mathers III. His mother is Deborah Nelson, and his father is Marshall Bruce Mathers Jr. He has three siblings named Sarah, Michael, and Nathan. Deborah Nelson raised Eminem and his siblings as a single parent after their father abandoned them. Eminem frequently moved from one town to another with his mother because she struggled to land permanent jobs. She also had a mental illness and substance abuse. Due to frequent relocation, Eminem had to change schools multiple times in a year. Overall, he attended 30 schools. He was a loner and was bullied at school. He failed three times in 9th grade and dropped out of school at the age of 17.

Eminem started a rap career at the age of 14. He started writing songs and performed in rap battles while doing odd-jobs to sustain himself. He gradually became famous in the local Detroit hip-hop scene. He got invitations from famous rap groups in Detroit. He joined a group called Bassmint Productions, which later became Soul Intent. His debut album “Infinite” was released in 1996 by a record company named Web Entertainment. The album did not taste success.

In 1998, Eminem participated in a rap battle held in LA. He did not win the rap tournament and was placed second. But his talent was spotted by a staff member of Interscope Records who passed it on to Jimmy Iovine, the company’s CEO. Jimmy Iovine, in turn, played Eminem’s album for Dr. Dre. Dr. Dre had launched his record label named Aftermath. Dr. Dre liked what he heard and got Eminem to sign a contract with Aftermath Entertainment.

Aftermath Entertainment released his album “The Slim Shady LP,” which became a huge commercial and critical success. Millions of copies of the album were sold. Eminem received a Grammy award for the best rap album for “The Slim Shady LP”.

Eminem ventured into acting with the movie “8 Mile”. The movie was a commercial and critical success. One of its songs won an Academy Award and became the first-ever rap song to have bagged the prestigious award.

Eminem became addicted to pills and dropped off temporarily from work. He recovered in 2008 and released his comeback album “Recovery,” which sold well. “Not Afraid” and “Love The Way You Lie” were his other successful albums. “The Marshall Mathers LP” was released in 2013, followed by “Revival” in 2017.

Eminem net worth 2020: Eminem is a multi-platinum selling American rapper, producer and actor who has a net worth of $230 million.

what’s Eminem net worth in the current year 2020?

Here is Eminem Earnings By Year:

The current net worth of Eminem is $225 million. In a single year, Eminem earns around $20 million. He is the seventh richest rapper in the world. Although most of his wealth comes from his music career, he also earns extra from many endorsement deals with major companies.

Biography and Net Worth of Alaina Marie Mathers

Should I Switch Electricity Providers? Important Factors to Consider

Why You Need a Front Pocket Wallet

What Are Clinical Trials? What Are The Stages Involved?