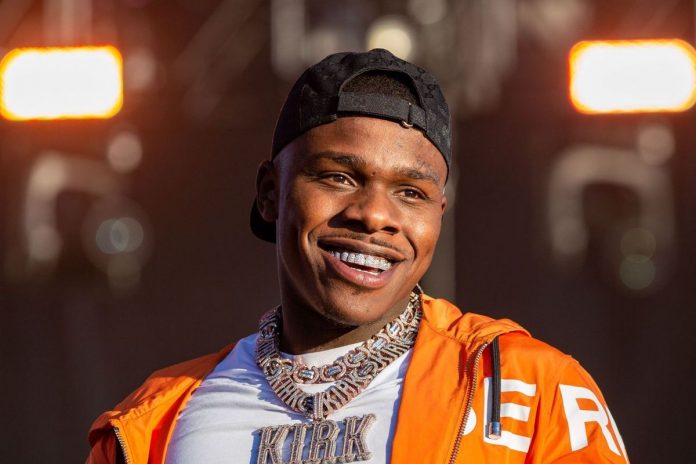 DaBaby Net Worth 2020: $5 Million – DaBaby is an American rapper, and hip-hop recording artist, As of Aug 1st, 2020, DaBaby had a net worth of $5 million. whose real name is Jonathan Lyndale Kirk. He is also a big star on Instagram, where he has many followers. Most of his albums are top hits, and he gained much popularity among people. DaBaby is from America, but his ethnicity delivers an Afro-American heritage.

On the social media Instagram DaBaby have 14.3m followers

DaBaby was born on 22nd December 1991. His birthplace is Cleveland located in Ohio. But he was not staying in Cleveland, as he moved to Charlotte located in North Carolina to do his education. He has done his schooling in Vance High School. He completed his higher education in 2010. Information about his parents is not known, as Da Baby Zara wanted to maintain his life secret from the media. But the reason for his growth is parents, as they only raised him in North Carolina. DaBaby is popularly known as ‘Baby Jesus’. His zodiac sign is Capricorn.

DaBaby is an interesting personality, and his love life is a big secret as he doesn’t want to reveal to the public yet. According to some sources, the hip-hop artist married a woman secretly. Her name is Ashley Kirk, and DaBaby wanted this marriage to happen without revealing it to the media and his fans. But there is a big question about his relationship with Meme. Mrs Meme is a woman with whom DaBaby has a daughter. But Meme is already a married woman having a six-year-old son. Her son’s name is Caleb. She got this son due to her relationship with her ex-husband.

Meme said “DaBaby is a good father not only to our daughter but also for my son”, in one of her interviews. According to some sources, Meme was pregnant and going to deliver her third baby it seems. Mrs Meme also stated in one of her interviews that, “Ashley Kirk is the wonderful and inspirational person in DaBaby’s life”. These statements make the public get much confused about the relationship status of DaBaby. The popular rapper is keeping the names of his children secret from the media. DaBaby wanted to see his personal life and career separately and so; he is maintaining all these top secrets. But one can see his pictures with these friends, and close buddies on Instagram. He is always active on social networking sites.

On 1st March 2019, she released his first debut studio album. This album Baby on Baby has gained huge popularity among the public, and the album gained a good position on the Billboard albums chart 200. One of his popular songs Suge in the album ‘Kirk’, also attained a great position in the top 10 on Billboard 100 songs.

In the year 2019, he released many singles and album songs, and all of them are top hit numbers. Some of them are Baby Jesus, Megan Thee Stallion’s Cash Shit, Up The Street, and Today, etc. Some of the singles where he made his appearances are Lil Nas X’s Panini, YG’s Stop Snitchin, and Post Malone’s Enemies.

DaBaby Net Worth, Salary, and Income

DaBaby Net Worth #DaBabyNetWorth :As of 2020 due to some personal reasons, the rapper closed his album hits to enter the Billboard Hot 100. The net worth of DaBaby is estimated to be $5 Million.

DaBaby’s height is 5 feet 8 inches, and the weight is around 75 Kg. There is no information about his body measurements.

How to Choose Your Monthly SEO Package

Important Tips for Women’s on Finding the Right Shoe Style

Vital Tips for Anyone Looking to Earn Best Return on Investment...

What is Netsuite, and Why Do You Need It?

What are the benefits of choosing a Plug in Pendant Light?