Bryson Lashun Potts also known as NLE Choppa, is a popular music artist in the USA. NLE Choppa rose to fame through his breakout single named “Shotta Flow” in Jan 2019. He is a rising American rapper, songwriter and singer. As a young music artist, he owns a few fantastic music tracks that have gained him popularity and millions of fan following. 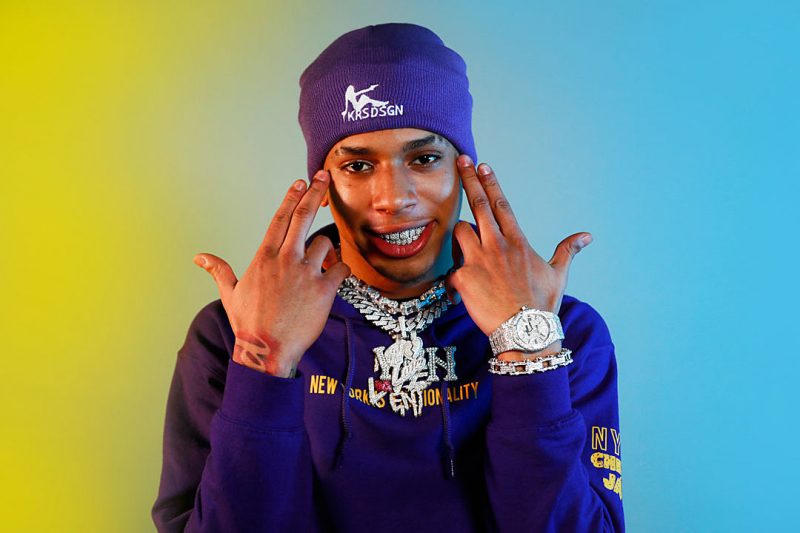 Bryson Lashun Potts was born in the year 2000 in Memphis, Tennessee. The mother of NLE Choppa is a Jamaican and her father is from African-American ethnicity. He pursued his education from the Cordova High School at Park Village, Tennessee. From childhood, he was very passionate about basketball and took training from the age of 14. Further, he also took karate training during his high school days.

Moreover, he was also very passionate about music during his childhood days. At the age of 15, he took music to the next level by recording songs in a music studio. At the early stages, all his rap songs were inspired by the popular Southern rappers. Some of his favourite Southern rappers are Meek Mill, NBA Young Boy and Lil Wayne.

His mother, Angela Pott, was very supportive of his music career and was his music manager in the primary stages of his career. He first chose the name YNR Choppa when releasing his first music album named “No Love Anthem”. Later he switched his name to NLE Choppa during the release of his debut mixtape known as “No Love the Takeover”. He gained much spotlight for the dance and singing he performed for the “No Chorus Pt.3”. Millions of followers around the world viewed this Shotta FAM collective.

At the year 2019 NLE Choppa released the world-famous “Shotta flow” single. The video was a great success, and more than 10 million views were recorded. The song even received several praises, and “Pitchfork” said that it was “The song of the day”. In the same year the part 2 of “Shotta flow” was released, and more than 20 million views were recorded for this video. After these two albums, he was established as a rising American music star and also released several other world-famous albums. After this Choppa signed a new project that is “Blocc is Hot”. This single was created to pay tribute to the favourite rapper of Choppa that is Lil Wayne. Some of the other singles released by NLE Choppa is the “BirdMan”, “Camelot” and “Cottonwood.”

During an interview, NLE Choppa said that he went to the juvenile detention centre. He also claimed that this experience had been an eye-opener for him. The reason for his arrest was not revealed, but it was a life-changing experience for him. NLE Choppa is an attractive sixteen-year-old star whose weight is 75 kg and height is 6’ 1 inches. There is no information about his dating life and no controversies related to his personal life. The hobbies of Bryson Lashun Potts are travelling and writing songs. The lifestyle of this young artist is described as fit and healthy. Apart from his music career, He is also very famous on social networking sites and has over 20 k followers on Instagram.

NLE Choppa has some of the best music tracks that are going to release in 2020. The 16-year-old star’s NLE Choppa net worth from the music career is estimated at $3 million. He is very busy and working on some interesting music projects recently.

The weight of singer, songwriter and American rapper, Bryson Lashun Potts is 75 kg or 165 lbs in pounds. Bryson Lashun Potts young star has a gigantic height of 165 cm and in feet inches; NLE Choppa height is 6’1” tall. In November 2020, he will turn 17 years old.

NLE Choppa is an inspiration to youths around the world. He has also shown that if young people pursue their passion, they can be successful in life.

Eden Mor : Everything You Should Know about Israel actress Facts

What Are the Most Popular Car Brands in the World?

The Benefits of Switching to All Hypoallergenic Bedding

How Does Mobile Technology Transform Your Business

Why Poor Credit Car Finance UK Is A Good Option |...