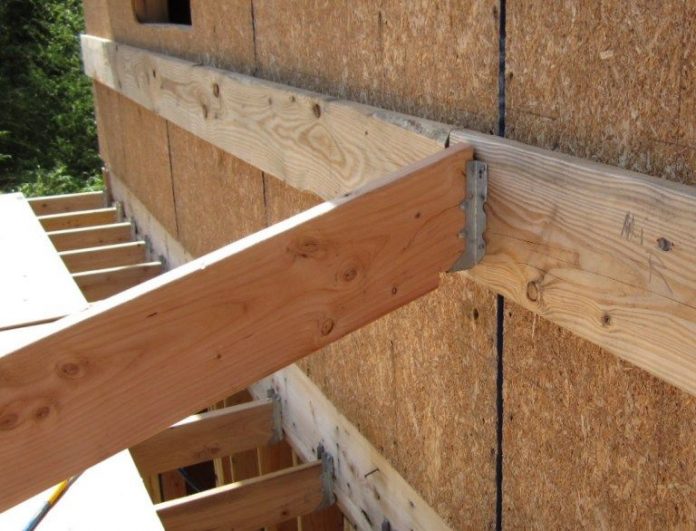 When carrying out projects in around the home or office yourself (rather than hiring an external professional to do the job for you), there will be an abundance of tools, pieces of equipment, and general knowledge and expertise that you will be entirely unaware of simply because you have never needed to know.

One of the most fundamental examples of this is the correct and proper use of joist brackets, which are essentially used to hold in place timber joists. Here is a quick guide on what joist brackets are and how they should be used.

The Proper Usage of Joist Brackets

When correctly installed and balanced, the usage of joist brackets or hangers will ensure your construction will remain strong and sturdy, even when the wooden beams start to naturally warp, shrink, and twist as the wood dries out.

It is surprisingly easy to use joist brackets, and all you need is a hammer, the joist brackets themselves, and a collection of various sizes of galvanized nails. As a rule, you will require some 10d nails, some 16d nails, and some 1.5d galvanized joist nails. The standard size of joist brackets which are most commonly used for carpentry projects, both commercially and in private properties, are the standardized 2-inch by 8-inch brackets.

Using Joist Brackets in Your Home

Whether you are constructing decking in your back garden or changing the flooring in your kitchen or bathroom, joist brackets are essential to ensure the project is completed successfully and, even more importantly, safely.

The basic steps to correctly using joist brackets for your decking or flooring projects are:

It is strongly advisable to never, under any circumstances, reuse any older, slightly damaged, or rusting joist brackets.

How To Depersonalize a Home

How Much Does It Usually Cost to Build a Pool?

How to Pick the Perfect House Plant for Positive Energy

New Technologies Are Changing The Scope Of CCTVs