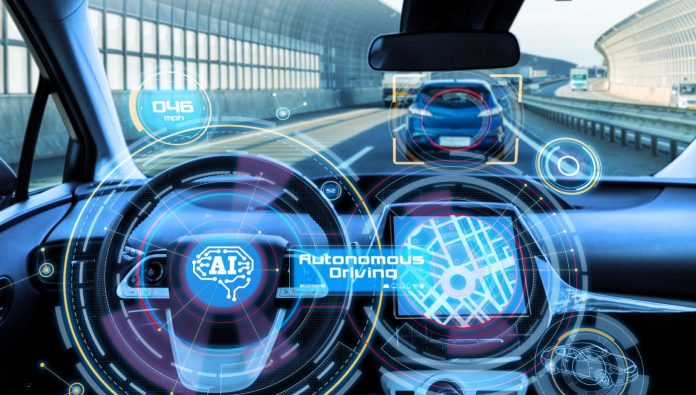 Artificial Intelligence, as well as technologies related to self-driving, develops with every car manufacturer and their racing. There are also slides of technology companies as well as startups with the same motives. The future is the personal and the autonomous vehicles where there is the implementation of Artificial Intelligence and machine learning on which the vehicle is built and the operations on the road.

Autonomous Vehicles: Autonomous cars and the associated features are created by the major auto manufacturers but here, the main focus is on the young tech companies and startup that have created the idea related to the self-driving vehicles. This one is the self-driving vehicles, which are the elephant in the room. The companies are at the forefront of autonomous vehicle technology and this is used for public transportation and sharing ride.

Nutonomy – Navigating Complex Traffic Situations: This technology is using to produce completely driverless vehicles. It uses the software called nuCore, which enables the user to navigate the complexities of traffic congestion. The goal of this technology is to offer fleets of autonomous cars wherever there is a need for safer roads, less traffic and less level of pollution.

AUTOX – Self-driving Grocery Delivery: It makes the autonomous vehicles which are based on retail. The vehicles of the company comprise of SI software, sensors, real-time cameras and miles of tests both virtual and real to establish a safe decision on the road. Presently, the users of grocery can pick the items through the application and delivered with the capability to browse their mobile store vehicle upon delivery.

DRIVE.AI – Transporting Passengers on fixed routes: To make changes in the current transportation system, it utilizes artificial intelligence with self-driving services. These are not autonomous vehicles and connect with the drivers as well as pedestrians within the vicinity like showing a signal to them that they are waiting for them to cross the road. This fleet aims to transport the passengers along the fixed routes that can be easily monitored as compared to the personal autonomous vehicles.

Optimus Ride – Sustainable Transportation: It is a form of autonomous cars and good for self-driving for geofenced locations. It leads to the implementation of an efficient as well as sustainable cities, freeing up parking space, restrict the limit of cars on the road and minimizing the impact of the environment.

WAYMO – 360-Degree Perception Technology: It is explored as a beginner of Google’s self-driving vehicles and now, driverless vehicles are creating by Waymo that can securely deliver people from one place to another. The 360-degree technology of Waymo can easily detect the pedestrians, other vehicles, cyclists, and other hurdles from up to 300 yards away.

3 Strategic Steps That You Can Make to Get a VA Home Loan with...

What All you Should Know About Solar Water Heating System