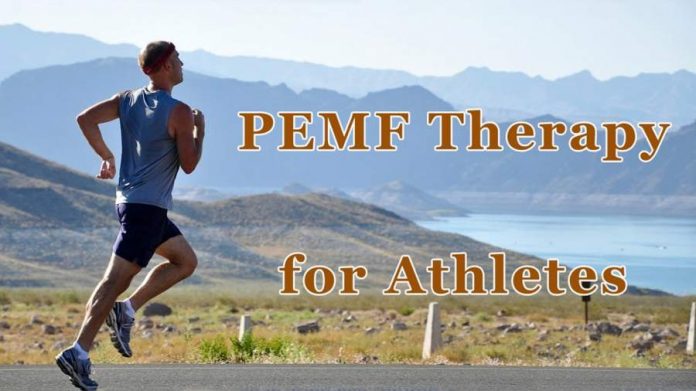 Athletes want to give the best performance during a competitive tournament. They work hard for achieving the best levels of fitness. Athletes try to do more than they can. They undertake extensive exercise sessions; the exertion causes them to feel exhausted. They require speedy recovery as they should be fit and energetic during the sports tournament competition. However, it becomes difficult for the athletes to avail themselves of sufficient recovery during highly competitive athletic events.

Recovery generally takes two to three days after competing in a tournament. In competition, athletes strain their bodies to their limits. Thus, they need therapy such as PEMF therapy for gaining speedy recovery during or after sports tournament competitions.

PEMF therapy is a non-invasive and safe therapeutic option for athletes.

Is It Illegal for Athletes to Use PEMF Therapy?

First of all, let us clear the point that it is not illegal to utilize PEMF therapy during sports competitions. PEMF therapy is not considered illegitimate action. It does not add any chemicals inside the body of athletes. PEMF therapy is unique in the sense that it utilizes electric currents for healing the tissues and cells of the body. They optimize the body in the sense that it relieves the body of the stress, lactic acid, and soreness. Many professionals gain recovery and training by using the PEMF device.

How Does PEMF Therapy Assist in Improving the Performance?

Many types of research were conducted regarding the performance of the Russian and Eastern European Olympic athletes. They would perform highly having fought a tough competition in the Olympic games. However, it was not known at the time that these athletes were using PEMF therapy. It became common for other athletes as well.

The healing and recovery benefits of PEMF enable athletes to perform more efficiently. Athletes can get several benefits from using a magnetic treatment device prior to engaging in physical exercise. PEMFs promote myosin phosphorylation, which is a mechanism through which energy is produced in the muscle. Phosphorylation results in the production of ATP, which is required for cellular energy. Muscles weaken and may spasm due to ATP depletion, which occurs during vigorous activity. Rest replenishes ATP spontaneously if the body is healthy enough to do so. PEMFs stimulate myosin phosphorylation, which restores ATP. Magnetic fields can help cells boost their energy by up to 500 percent by increasing the mobility of ions and electrolytes.

How Does PEMF Therapy Help in Attaining Faster Recovery?

Heat stress (also known as heat shock) protein can be influenced by athletic training. Heat shock protein is produced when cells are injured by heat. Gentle stimulation methods, such as PEMFs, have been proven to produce heat shock proteins and decrease tissue damage before possible harm (such as before a hard workout). Magnetic devices are being used to activate heat shock proteins in the cardiac muscle prior to open-heart surgery. According to early findings, stimulating these proteins reduces muscle damage following surgery and improves outcomes and recovery. So, PEMF therapy can help in attaining fast recovery using PEMF therapy.

Participating in any sport carries the danger of harm. Overuse of muscles and/or incorrect training techniques are the most common causes of these ailments. Many athletes push themselves to participate even if they are injured, which just makes the problem worse.

Many athletes are concerned about concussions. There is a large body of evidence that supports the use of PEMF therapy in the treatment of concussions. PEMF treatment does not leave concussion healing to chance.

5 Most Common Running Injuries to Avoid

What Pillow Do Chiropractors Recommend For Side Sleepers?

#3 Ways to Remove the Ugly Stains and Whiten Your Teeth

4 Practices for New Moms to Relieve Back pain