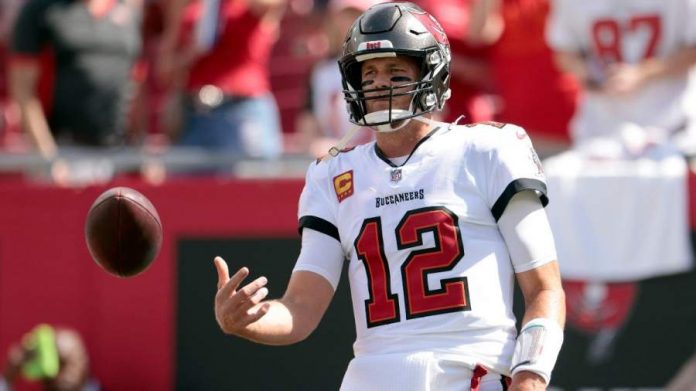 If the first two weeks of the 2021 NFL season have done anything is to get football fans as pumped as ever for the action that’s to come in the following weeks. This season has already given football fans who love to bet on NFL picks against the spread a vast array of options to make bank from and with week 3 of the season almost upon us, it’s time to start talking about which games look best for everyone’s best ATS betting purposes.

With two potential NFC and AFC Championship game previews that have all the makings to be some of the best games not only of the week but of the season, we bring you two of the best games this week if you’re looking to make bank while taking the best picks against the spread.

To get the ball rolling let’s talk first about an AFC West divisional game that has all the likings of what could also end up being a potential AFC Championship matchup when the postseason comes. On the one hand you have the all favorite Kansas City Chiefs, who, led by Patrick Mahomes have managed to become the absolute favorites in the AFC to repeat as AFC champions and book yet another trip to the Super Bowl, the third in as many years. With the help of WR Tyreek Hill and TE Travis Kelce and a completely revamped offensive line, one that was in dire need of help and the main reason why Mahomes struggled against the Bucs in last season’s Super Bowl, Kansas City’s offense is looking all sorts of good and dominant. But how will they fare against a Chargers defense who led by coach Brandon Staley’s defensive mind could end up causing more havoc than what the Chiefs can handle?

On the other side of the ball, you have Justin Herbert’s Los Angeles Chargers. Since before the season it has been said that if there’s one team that could put the Chiefs on notice this season it would be LA. With the season now underway, it’s surprising to see both teams with a 1-1 record while the other two AFC West teams, the LV Raiders and the Denver Broncos are riding high on their 2-0 records for the season. But that shouldn’t stop LA from putting up a valiant effort towards bringing the fight to KC, especially with an offense where if Herbert is having a good day, his connections with guys like Keenan Allen and Austin Ekeler could end up being a game-changer. At the end of the day though, Los Angeles cannot allow any mistakes to be made here, especially on defense.

While Los Angeles were able to hold off the Washington Football Team in week 1, they struggled with a more offense driven Cowboys team in week 2, leading to wonder how they will fare against an offense as superior as Kansas City’s. While the Chiefs are expected to win, the best move here would be to take the Chargers covering the spread, because this game will be an absolute offensive fiesta.

If there were ever two teams who looked as poised as ever to make a run for the NFC Championship, it’s the Buccaneers and the Rams. If you look at the Buccaneers, Tom Brady and his team look like they have not skipped one beat whatsoever since defeating the Chiefs in last year’s Super Bowl and they are ready to make another run for the Lombardi trophy this season. It doesn’t hurt that Tampa Bay was able to sign back all of their starters from that Super Bowl win against Kansas City team, as well as the fact that age apparently is not a factor whatsoever for Brady as he is playing some of the best football in the league. The Bucs put on a show against the Cowboys in week 1 and demolished the Falcons in week 2, and while their defense still needs to get on the same level as the offense, all around, this team has all that it takes to beat anyone and everyone that gets in their way. Can anybody say undefeated season alert?

Now, if you look at the Rams though, having Aaron Donald and Jalen Ramsey be your leaders on defense, as well as having Matthew Stafford and Cooper Kupp holding it down on offense, one might think that this is a team ready to put the Bucs on notice. Ever since coming from Detroit in a trade that saw Jared Goff leave the Rams to go to the Lions, QB Matthew Stafford has been on a quest to show all NFL experts that he has all the skills and materials needed to take a team into championship land, something that he couldn’t do with the Lions, while still posting elite numbers every season. His first two games have been pretty good and have left fans and experts with a very good taste of what’s to come, but with a defense that will be out to stop everything in their tracks and not allow the Rams to have any room to even move, it will be on him to outshine whatever Brady can do and lead the Rams to victory.

While the Rams will have home advantage for this game, with Brady playing some of his best football, it would be hard to not pick the Bucs to beat the Rams in LA, but with that said, take the Rams to cover the spread here.

Tennis Elbow? Here Is Why Breg Polar Care Cube Is Better Than An Ice Bath

Stimulus Check Update: Which Bills Are Being Passed?

The Biography About The Aspiring Singer And Songwriter “its92.”

How Much Does It Cost to Pave a Driveway With Asphalt? Your 2021 Guide

Easy Ways to See If a Staffing Agency Really Works

How to Keep Mosquitoes Out of Your House