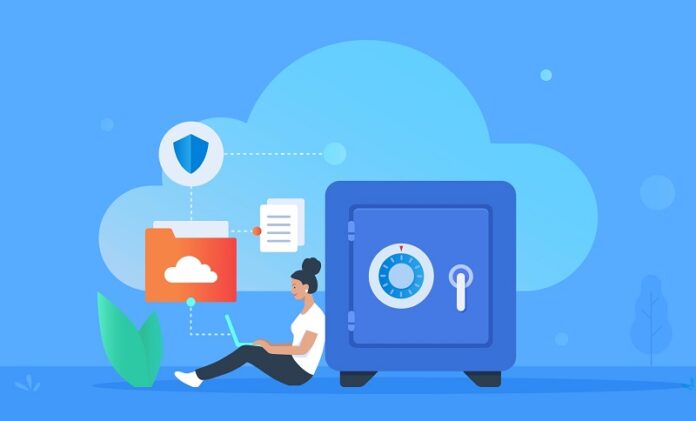 What is cloud storage?

A cloud is an off-site server owned by a dedicated service provider that you can access from anywhere in the world. It offers a secure space in the virtual world where you can store important data such as documents, work files, apps, games, and media.

Cloud storage comes in a variety of shapes and sizes—open and encrypted, shareable and unshareable, free and paid. Whether you are a business manager looking for a secure way to store company data or a home user who wants to keep their photos and memories safe, the cloud can help you.

Thanks to the fierce competition among major cloud storage providers, a lot of them now offer free storage plans for those with basic needs and a tight budget. These plans, although low on features and storage space, are still plenty for most personal users.

Google Drive and Microsoft OneDrive, for example, offer 15GB and 5GB free storage each on their free plans. They are good for storing away documents and image files, but for anything more demanding, you may have to upgrade to a paid plan.

A little bit of free cloud storage can go a long way as it allows you to keep a secure copy of your most important files that you can always access no matter where you are. It is also good for collaborating with others on small projects if you are a freelancer.

You might think you don’t have much to lose since these are all free options, and in most cases, you would be right. However, there are a few factors worth considering when choosing the right free cloud storage option for your personal use. Here are some of the best options available right now to help you make the right decision.

We bet this isn’t the first name that comes to your mind when thinking of free cloud storage, but did you know that around 20,000 people join Degoo each day? Since 2019, when it was first launched, Degoo has achieved a total of 10,000,000 installs from 15 million users across the globe.

There are no limits on individual file size, even on the free plan. Each file is encrypted on upload and it is possible to set up two-factor authentication when signing in. On paid plans, files are encrypted in chunks via zero-knowledge encryption and spread across data centers in one of four continents, where not even the provider itself can gain access to your data.

With the free plan, however, there are quite a few caveats. The first is that free plans are ad-supported, which can be a major put-off for certain users. Second, features like zero-knowledge encryption aren’t available on the free plans, you’d have to upgrade to a premium plan for those. Third, free accounts on Degoo impose a 90-day inactivity limit, where your account gets deleted along with all your files if you don’t log in at least once during that time period. However, on the free plan, you get a maximum storage space of 100GB, which is definitely a lot more than what other competitors have on offer.

In spite of the immense competition in cloud storage, Degoo has been able to carve itself a place in the market. While the software can be a bit clunky and the free plans offer limited features, this free cloud storage provider is still worth its salt.

Nextcloud is a file-sharing and collaboration technology based on an open-source platform. Although the platform doesn’t offer cloud storage features per se, it lets you set up your own cloud storage on a private server using its native application. It brands itself as a “self-hosted productivity platform” rather than a cloud storage provider.

Nextcloud is meant for advanced users. It takes considerable knowledge to set up and use your own private server for backup, not to mention the added risk of being solely responsible for your data should anything go wrong with the server. However, it all pays off in the end as the speeds are a lot faster than they would be on a typical cloud backup solution.

Nextcloud’s interface is slick and intuitive. The web-based admin panel comes with all of the features you would expect from a self-hosted storage platform. Moreover, download and upload speeds are considerably higher than any other storage provider due to the fact that files are stored on your own private server. Without other accounts clogging the network, the system is also a lot more secure, even if the sole responsibility of maintaining it lies with you.

Nextcloud has a bunch of premium plans available for heavy-duty enterprise users, but you won’t need these unless you want even more customizability and immediate support. The prices for these plans start at $2,130 for 50 users per year.

MEGA.nz is a very popular cloud storage company based in New Zealand. It offers end-to-end encryption and generous free storage with absolutely no throttling. Mega was founded in 2013 by Kim Dotcom, a rather controversial figure in the online world. Kim has since left the company and the service is now managed by Mega Limited, a company registered in Auckland City.

Mega offers a generous 50GB free storage and no throttling on its free plan, although its zero-knowledge encryption technology makes collaboration a bit difficult. Individual files can still be shared, however, using a dedicated encryption key that is required to unlock them. Files can also be password-protected to add another layer of security.

Mega does not impose any limitations on individual file size. It also allows you to restore previous versions of corrupted files using the built-in file versioning technology. The downloadable client is available on Windows, macOS, Linux, Android, and iOS. Mega has also released its entire source code on Github, which is good for tech-savvy users who want to audit its technology for security issues.

Consumers interested in storing their data with Mega should be aware of its controversial history, however. Since leaving Mega in 2015, Kim Dotcom has leveled some pretty serious accusations against Mega for its possible ties with the New Zealand and Chinese governments. While these accusations have generally been exaggerated, it is true that Mega’s majority shareholder is a Beijing-based businesswoman by the name of Li Zhi Min. However, Mega has made its source code available to the public, and its zero-knowledge encryption technology implies that not even the company itself can get to your data without your permission.

Apple iCloud is a cloud-based storage system built into macOS, iOS, and iPadOS devices. It is also available on Windows and Android devices in the form of a downloadable application. The platform securely stores your contacts, bookmarks, calendars, notes, and other data on in-house servers owned and managed by Apple. Once your data is synced to the cloud, iCloud lets you access it from the device of your choosing, be it a Mac, PC, iPhone, or Android smartphone.

iCloud’s free plans offer 5GB of free storage, which makes it the lowest offering of the bunch. However, you can always buy more storage at $0.99 a month for 50GB up to $9.99 for 2TB. Moreover, any items that you have purchased from the iTunes Store, be it songs, movies, apps, or games, can be stored for free on iCloud without counting towards the free 5GB quota.

iCloud doesn’t impose any limits on individual file size. Users can also take advantage of the iWork apps that come with it on Apple devices, such as Pages, Numbers, and Keynote. Compatibility issues prevent iCloud from achieving the mainstream status it craves, but it still makes for a lucrative offering for users who own Apple products like the Macbook or the iPad.

Generous storage, but no data encryption

Based in Shenandoah, Texas, MediaFire boasts a user base of 150 million per month. The service offers free storage of 10GB, but space can easily be upgraded for free to 50GB by performing simple tasks like referring users or following the company’s social media accounts.

MediaFire does impose a 4GB limit on individual files. It also lacks a desktop client and doesn’t offer any encryption to safeguard your data. However, the web-based user interface is very smooth and easy to use, while the official mobile applications will appeal to users on the go.

You don’t even require an email account to get started, but keep in mind that inactivity will get your account deleted after 14 days. There is no throttling on free accounts; however, they do support some advertisements.

7 Awesome Advantages of Buying a Drone

Top 10 Freaky Dolls That Will Make You Scared

How to Pick the Right Doorbell System for Your Home

5 Cuts Every Woodworker Should Know Like the Back of Their...

How to Grow Awareness and Sales of Your Building Materials and...