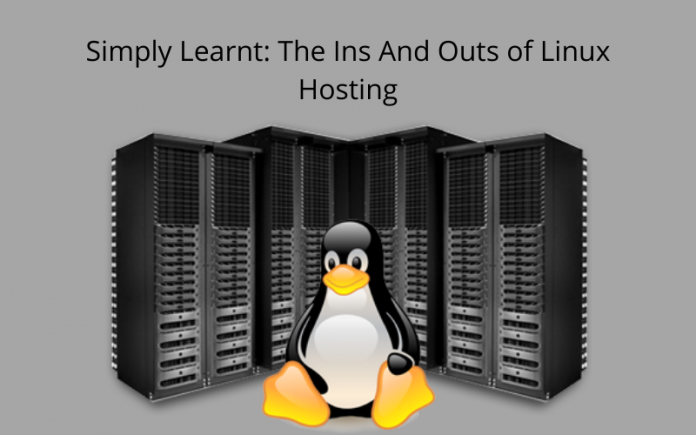 Linux, believe me or not, is one of the most popular Operating Systems ever.

With Linux Cloud Servers making all the hype, attention has been drawn on Linux especially Linux Hosting.

According to a report, Linux is the OS of about 1.63 % of all desktop operating systems worldwide.

Well, there are many more computing devices than just desktops.

Before boasting on the stats of otherwise underrated Linux, let’s wash our hands with some basic facts on “what and how” about Linux.

To speak on simple terms it is an operating system and just like any another OS manages the computer hardware & software resources.

What makes Linux so different from Windows is that it does not work like Windows.

Linux offers way less than what Windows does in terms of features to its user.

This is what makes it better. Period.

The very fact that Linux has little to offer makes it simple.

This Operating System is as elementary as it gets – an aspect that results in many administrators embracing this OS.

Some Stats to Brag

Hurray! And you thought nothing comes free in today’s world.

Linux Hosting- What is it?

Hosting, in the most generic sense, means providing storage and computing resources- called server- to an organization.

A server is a device that manages all the network resources.

Linux Hosting is basically running a server on Linux OS.

Simple, right? And you made all the fuss about it.

But why choose Linux for your server?

Well. Because of the fact that Linux is free. And with a bank account like mine it is as much as one can afford.

With such servers you only pay for the installation and maintenance of Technical Support.

Linux based servers are intensely customizable. So customizable that some administrators love Linux more than their wives. No kidding. Plus Linux saves money unlike…….

The only limit to the level of customization in Linux is the user’s imagination.

It is an open-source application. So you can distribute it freely to your friends and family. Thanks Linus!

Anybody can modify and edit the codes as per their needs.

Competent programmers may even contribute to its development. Now say ‘thanks’, Linus.

There is a saying that goes “A round hole cannot fit a square key”. On a similar line, open-source applications wouldn’t work as seamlessly with any other OS as they do with Linux.

Secondly, there is a big arsenal of applications with majority of them being free. All for Linux to munch on. Feast!

It supports PHP, a scripting language that is fast, secure and reliable. PHP makes dynamic pages and applications.

It is reliable. More reliable that your pooch. It will only use resources it requires. And it ‘requires’ very less resource. And it won’t bother you to take it for a walk.

Linux runs on commands. Operations are carried out by typing command line. This brings back the old-school settings for our coffee-sipping-coders.

The correct Linux Distribution for your Server

A lot of companies/individuals took freedom to develop Linux at their own will.

Consequently, we have more than 250 distros (a term used for distribution of Linux) at present. Worry less. We will only mention a handful of them here.

The above three distros will be enough (but not sufficient) to land you an idea of what distros are and how minutely they differ.

Some cons of Linux

As with every other hero, there is some “Boos” to the “Cheers”; so is with Linux.

A lot of users do not like the fact that to perform a single command one has to type an entire line.

The commands are relatively tough to master- honestly speaking.

Just one typo and the command line will not perform the desired operation.

Graphical User Interface has made using computing devices easier than ever.

Linux is not very tough. It’s just that GUI based platforms are easier to perceive.

Linux does not belong to any one individual but to everyone. Remember the open source license I told you about?

There is a question of who would give you the support for something nobody takes ownership of.

Support is an issue with Linux. Some Linux based OS do provide support but they are all paid.

And we thought we wouldn’t have to even spare a penny.

Glitches, bugs, and repairs are tough to be resolved in-house. Companies pay experts who in turn carry out the fix. And we all know how willingly companies pay.

The world went crazy with the introduction of GUI.

What GUI does is offer interactive graphic icons for users to perform tasks.

The complex operations run on the background instead. Smooth.

With GUI users may never know what goes behind the curtain as the operations are hidden.

Many a developer have focused on GUI ever since its launch. Linux has been, therefore, substantially neglected.

The prime concern at present is to garner developer’s attention towards Linux.

What Are the Benefits of Virtual Machines?

Gas Stoves Vs Induction Cooktop: Which is Best?

How To Help Yourself Qualify Loans For Unemployed In The UK

How Does BitTorrent Work