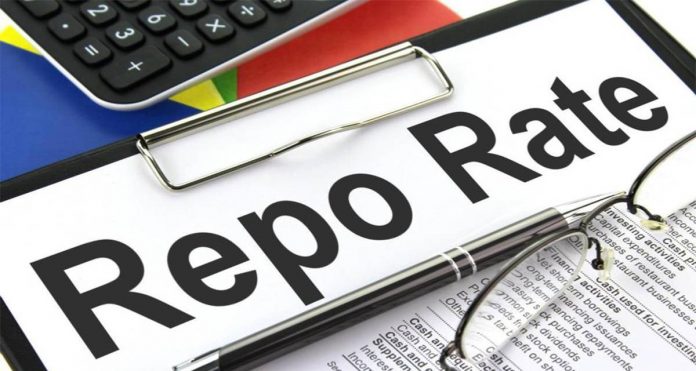 What is Repo Rate?

When the reserve bank of India is approached by commercial banks for funds, then RBI charges a fixed portion of their borrowed funds as interest, the rate at which the commercial banks get funds from RBI is known as the repo rate. It is also known as the repurchase auction-rate, which RBI uses to regulate inflation in the market. When two parties had an agreement that one will sell its securities promising other that it will buy back the securities after a certain period, such agreement is called repurchase agreement, and the repo rate is charged on these agreements only.

The repo rate keeps rising when there is a lack of liquidity in the Indian economy. The overall credit gets improved when the bank gets amount after government securities are bought by the central bank. Repo rate is key to control liquidity, money supply, and inflation level in India. Repo rate is increased to bring down commercial bank borrowings and decreased to reduce inflation.

What is Reverse Repo Rate?

The rate at which RBI borrows from commercial banks is a reverse repo rate. It is a monetary tool used by the central bank to control liquidity in the Indian economy. It is always less than the repo rate. When the reverse repo rate increases, commercial banks get a lucrative interest rate on their investment with RBI, and they tend to park their surplus funds in RBI, resulting in decreased flow of money in the market.

Commercial banks, when deposit funds into the RBI treasury, then they get some interest in that fund by RBI. The interest rate that they get is known as a reverse repo rate. When a commercial bank generates more funds, they deposit it to RBI as it is safe to do that in comparison to lending money to account holders or companies. It is also known as a fixed cut-off-rate at which RBI sells government securities at auction. Banks get an option to park their surplus fund when there is substantial liquidity in the economy.

After considering all the points of repo rate and reverse repo rate, we can say that they are opposite to each other. In a nutshell, we can say that with increment in repo rate, the commercial banks will tend to borrow less from RBI and whereas with increment in reverse repo rate will attract commercial banks to deposit funds in RBI treasury. These Monetary tools are used to regulate liquidity in the economy.

How to Choose a Lender for Buying a House with a 580 Credit Score?

Lightest Emulator for Bitlife on PC

How Much Does It Cost to Hire a Pest Removal Company?