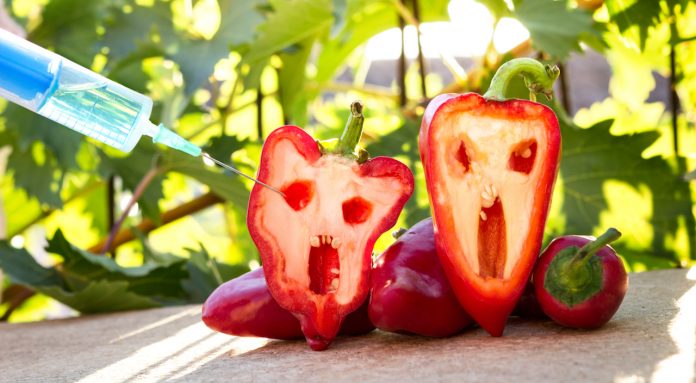 In the recent past, people started opting for a healthy lifestyle. Apart from giving up on junk food, people started shifting to what they called a healthy option – organic food. No one bothered researching if it really is healthier than genetically modified food. But the trends narrated that they were. Hence, the shift. As healthy as this option might sound, organic food is not that readily available. At times, you might not find it in a store nearby. Well, that shouldn’t be a problem. Because you can always go online – may be through Hughesnet Customer Service –  and place an order. Another point to consider is the cost of organic food. It is often more expensive than genetically modified food.
But is the organic food really worth all this hassle? Let’s see…

For a food to qualify as organic it has to pass a certain set of rules set by the U.S. Department of Agriculture. One of the rules states that if a food is to be classified as ‘organic’ it must be devoid of GMOs. Which means that the organic foods cannot have any pesticides or fertilizers applied to them. However, this does not guarantee that they won’t always have pesticides on them. Because USDA allows for substances like pheromones and some other natural pesticides. However, according to surveys, some organic foods in the past have been found to have pesticides residue. Although they were much below the tolerance level, they were present.

This has been a very popular misconception among people. The surveys conducted in the past suggest otherwise. According to a survey, when organic and conventional apples were compared with each other, the former did not present any evidence of them being a healthier option. Moreover, scientists analyzed around 240 studies that discussed the nutritional value of organic foods. They conclude that the studies lack evidence that organic food is healthy.

Many debates in the past discussed how genetically modified organisms are not good for consumption. Several heated debates in the past had GMOs and its harmful effects as the topic of discussion. However, this does not hold true. Because scientists have created genetically engineered varieties of crops that protected them against pests and certain viruses. Therefore, genetically engineered crops are not unhealthy for you. They just allow scientists to transfer the desirable traits of one crop to the other.
With all this information you can establish that GMOs are not the bad boys after all. However, a deeper look into the pros and cons of both organic food as well as GMO will help you judge better.

Among the many pros of GMOs, the following are the most highlight-worthy:

Coming to the positives of organic food now. Organic foods require a limited amount of pesticides. And most of them are natural. For example, organic crops do not use toxic hexane. If we talk about organic meat, then it does not have any hormones in it. Which should be a considerable factor because growth hormones have an adverse effect on the cardiovascular system of an individual.
Having said this, let’s now discuss the cons of both GMOs and organic foods.

Cons of GMOs and Organic Food

You might think that the cons of GMOs are unlimited in number, but that’s not the case. Among the limited number of cons resistance to herbicides because of the superweeds is the most important one. Apart from that, the crop yields for GMOs are disappointing as well.
The major con of organic food is that it is expensive. This is the only con that one can think of. And yes they are not that readily available. Apart from that, there are not many negative things that you can think about organic foods.

That being said, you can judge from the above article that there is not much evidence supporting the healthy-ness of organic food. However, if you want to research more on the topic (which you definitely should), make use of your Hughesnet bundles or the like and get surfing. The more you read about a certain topic, the more knowledge you gain. You can also try connecting to nutritionists and doctors who can help you sort this debate for you.

Why You Should Buy Your Bakery Products from Vendors Baking Wholesale

Is the Chief Learning Officer the Executive of the Future?