Kalani Hilliker is a popular dancer, and she is basically from Club Dance in Arizona. She became popular after she made her appearance in the second season of Abby’s Ultimate Dance Competition. She made her appearance in Dance Moms in which she danced with her mother. Though she is younger, she achieved great fan followers and social media followers, and she becomes an inspiration for many teens and tweens. 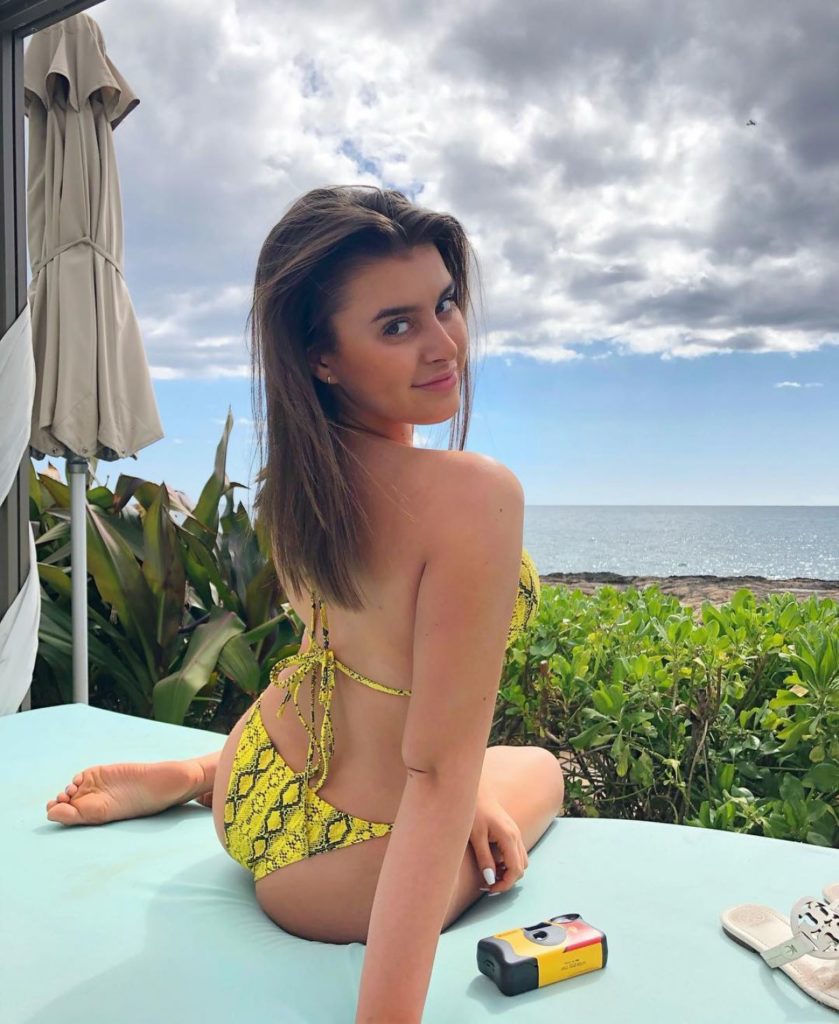 Kalani Hilliker is an American dancer, actress, model and fashion designer. She was born on the 23rd of September in the year 2000 in Mesa, Arizona, United States of America. Now she is 19 years old and born to Matthew Hilliker and Kira Girard. She is the eldest in her family and has two younger brothers who are Jax Hilliker and Jett Newman. Her mother married David Newman after she divorced her ex-husband Mathew. Jett Newman is a stepbrother to Kalani Hilliker. Coming to her education, she completed it through homeschooling.

Brandon Chang, a fellow dancer, is the boyfriend of Kalani Hilliker, and she has been dating her since February 2016. 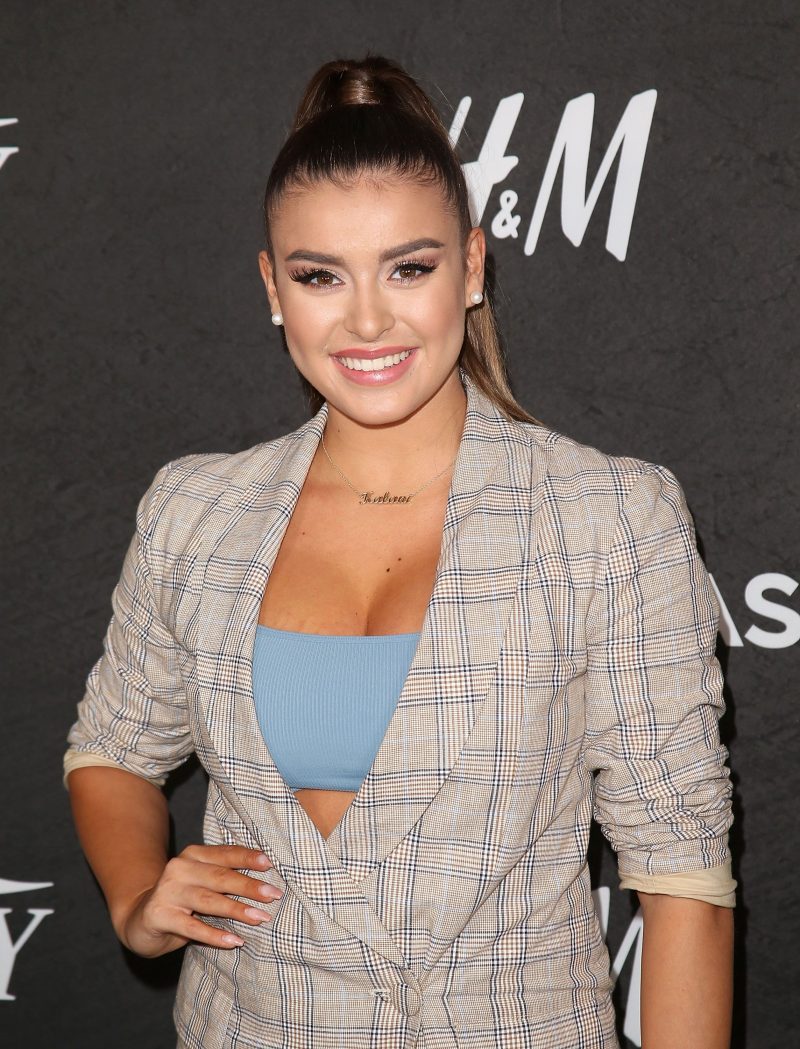 She was born on the 23-September-2000, in Mesa, Arizona, United States of America. She is currently 19 years old.

The wonderful dancer started her dancing at the age of 2 at Dance Connection 2 in Arizona. This is her first try, which leads to achieving in the dance profession and entertainment industry. She got her further training at the age of 5 in Club Dance, Arizona. Then she started her Ballet training at the Master Ballet Academy at age 10. With her continuous hard work in the Dance profession, she tried her best by participating in various dance competitions as a solo dancer and won the title too in many competitions. She won solo regional and national titles at various programs like Dance Awards, Jump, Hall of Fame, Nuvo, Showbiz, and KAR. 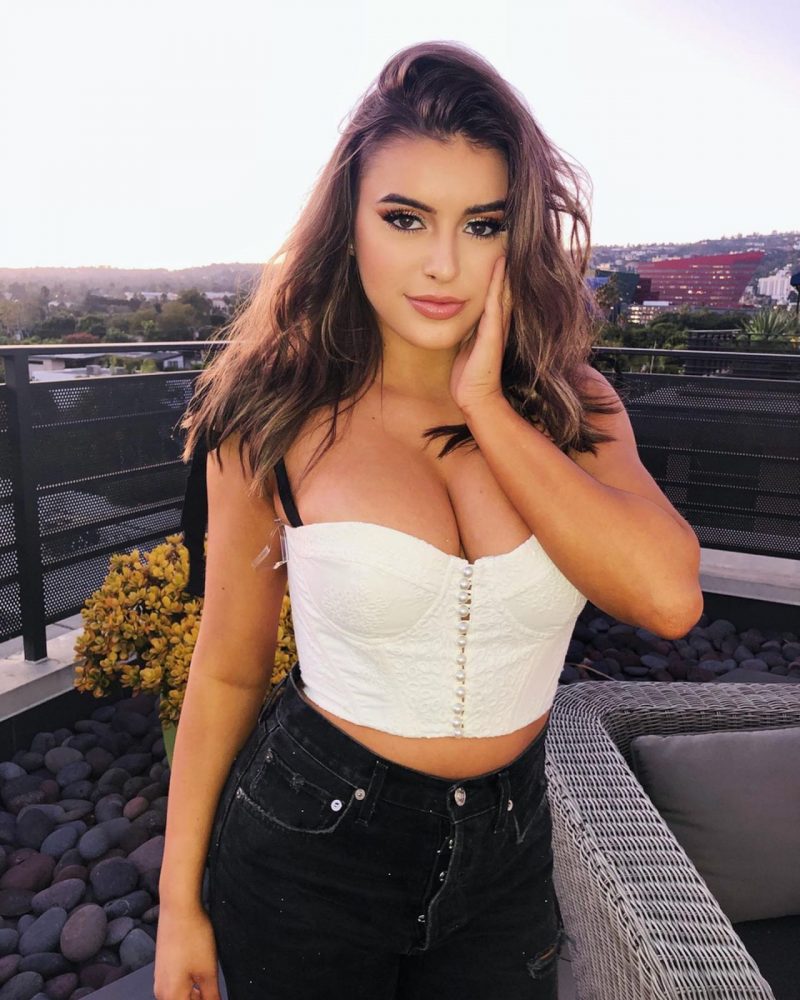 In the year 2011, Kalani, with dance friends, participated in Disney Channel’s Make Your Mark: Ultimate Dance Off Contest. This show is much special as it takes the winner to the hit show ‘Shake It Up’ for a featured role. There is no doubt that her AKsquared group has won the competition, and she featured in a ‘Shake It Up’ episode named ‘Camp It Up’. With her attraction towards on-camera, she forgot that she should become a professional dancer. Due to which, she became a series dancer in the show named Bunheads. She appeared in many episodes as a Baby Bun. Again in the same year 2011, she participated in Lifetime’s Abby’s Ultimate Dance Competition. This show is a reality dance show which will go in series. In this show, she entered into one of the top 4 finalists where she got her fourth place. 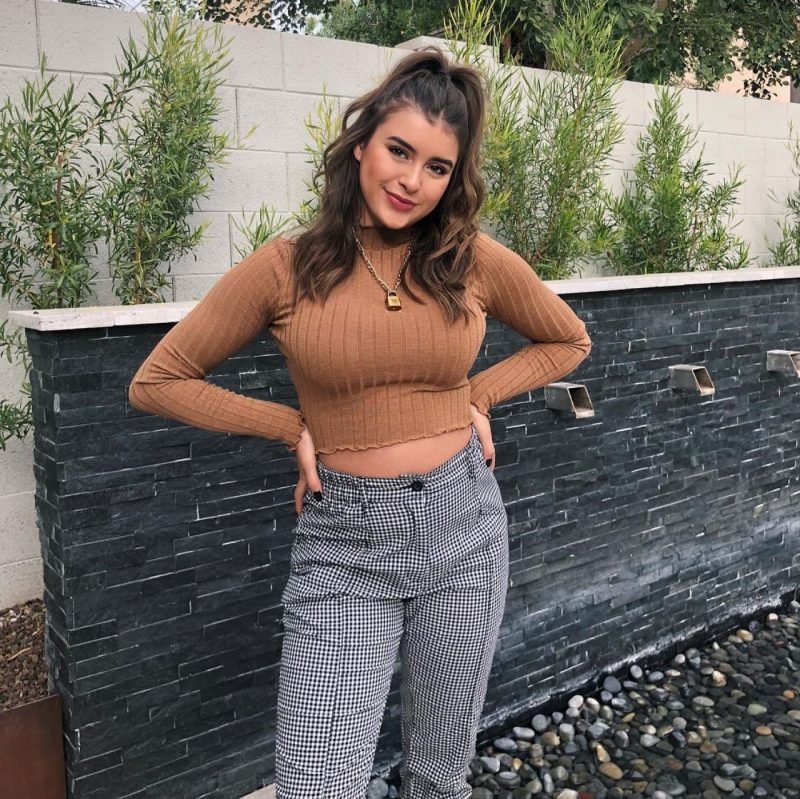 When she finished this show, she with her mother, Kira Girard, was invited to the show by Abby Lee Miller in Lifetime’s Dance Moms. This season 4 episode is known as ‘Big Trouble in the Big Apple’. Here Kalani and her mom are cast members, but later in Season 5, Kalani showed her skill on the dance floor. She was also honored as a Capezio Athlete as she used her dancewear. In the year 2018, Kalani Hilliker entered into the Hollywood industry by making her debut in the romantic drama film, Swiped as Ashlee. 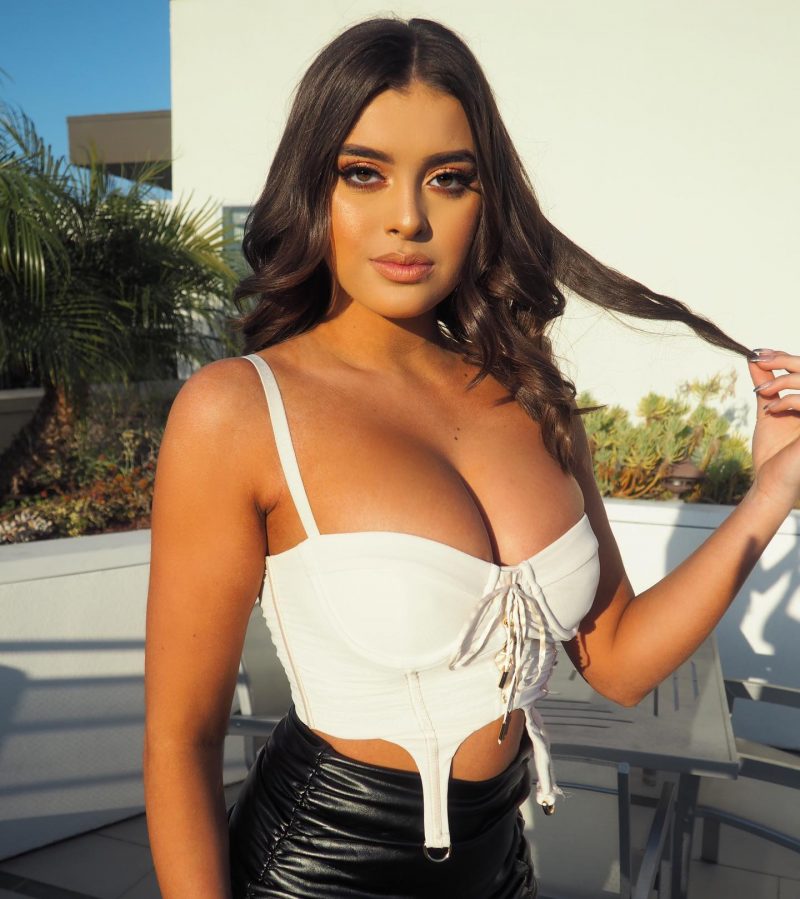 Her special appearances include America’s Got Talent and The View. In addition to this, she acted in TV shows such as Bunheads, Swiped, and Breaking Brooklyn. She made some music videos such as Mackenzie Ziegler’s ‘It’s A Girl Party’, Kendall K Vertes’s ‘Wear ‘Em Out’, MattyB’s ‘Turn Up The Track’, and Mackenzie Sol’s ‘My Name.’ She won the National Teen Miss Showbiz title in the year 2013. 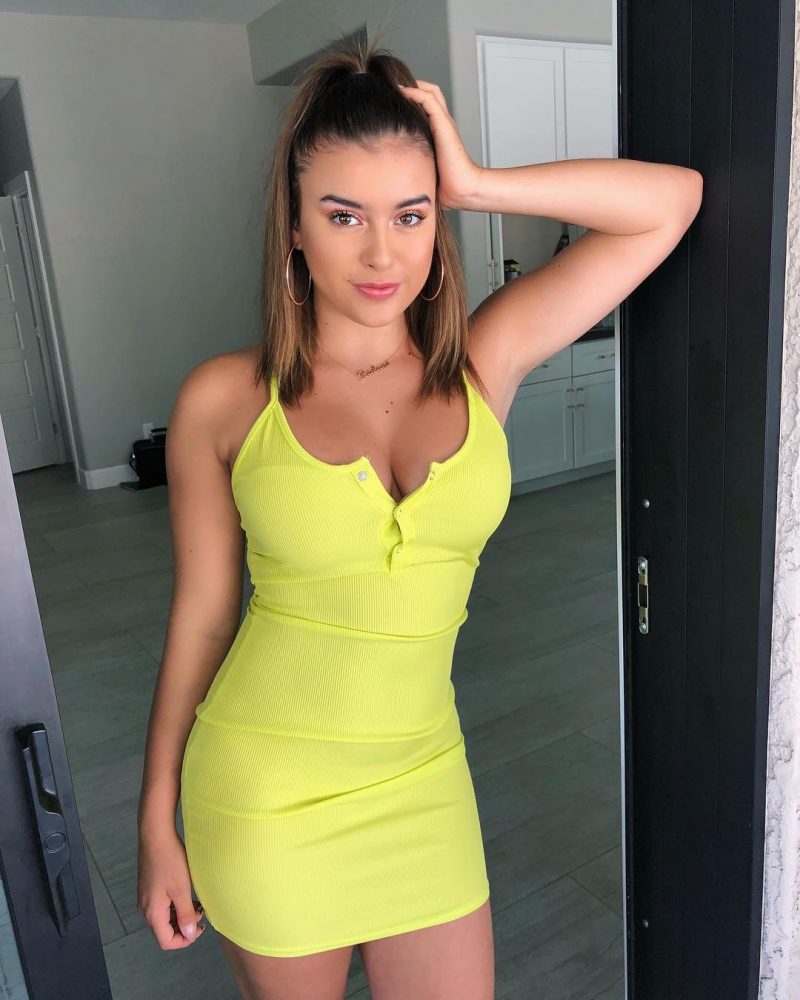 Kalani Hilliker created a splash in the social media platforms because of which she has 3.5 million followers on Instagram and 293K followers on Twitter. She will get more than 100K likes for her post on Facebook. With such great popularity, she becomes the youngest celebrity on social media. Coming to her net worth, she has 1.5 million US dollars. 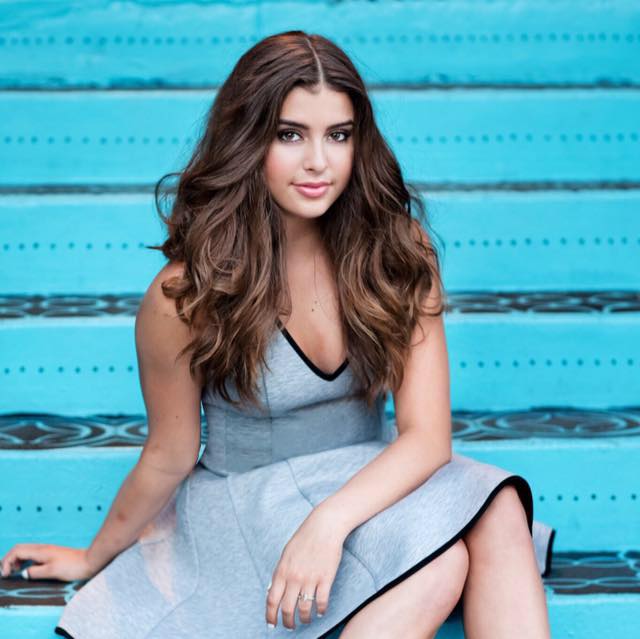 Kalani Hilliker’s height is 5 feet 4 inches, and she weighs 54 kg. She maintains a slim body with her body measurement is 35-27-35. Her hair color is light brown, and she delivers a pretty look.

Sakshi Mihir Reveals How She Evolved Herself With The Latest Social Media Trends And...

Suunto Smartwatch Guide: Checking On Some Of The Top Suunto Sports...