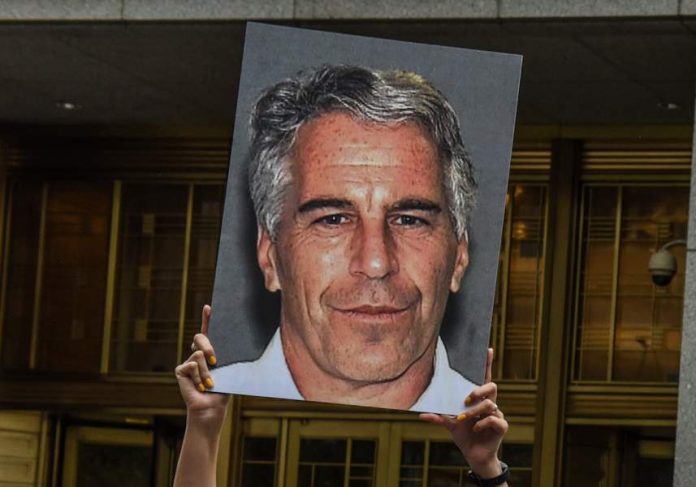 Jeffrey Epstein was born on January 20th, 1953 in Brooklyn, New York. He was an American-based Financier broker who had multiple businesses. Although the blotch that came to his career was when he was convicted for a s*x offense.

He began his professional life by teaching at a private school in Manhattan. Although sources revealed that he lacked the qualification to teach in that position. After the authority dismissed him from his position in the school, he entered the banking and finance sector.

The first job he landed was at Bear Stearns mastering various roles. So, one can say that he had led a very prolific career in the banking and financing industry. All his knowledge, experience, and skill landed him starting his firm.

Einstein managed to earn the trust of many elite people. Hence, he got an “in” in the elite social circle which helped him to get his hands on minors. He and some of his associates had sexually abused them.

He associated himself with the likes of Prince Andrew, Donald Trump, and many more. His shady life came to an end when survivors filed charges against him. Authorities arrested him in July 2019. He died in August 2019.

How Did Jeffrey Epstein Die?

Many accused Jeffery Epstein of sexual assault. Moreover, the federal authorities found him to be sex trafficking the minors. They arrested him on July 6th, 2019. However, before a ruling could come to pass, Epstein died in his cell on August 10, 2019.

The medical examination settled by the jail ruled the death to be suicide. However, Epstein’s lawyer had claimed that it was not suicide, rather something, or someone else caused his death. There has been some significant public skepticism about the cause of his death.

Since his death precluded the possible chances of pursuing criminal charges, a judge came forward to dismiss those charges on him on August 29, 2019. Epstein knew Ghislaine Maxwell who also faces charges for sex trafficking minors. The FBI arrested her as well on July 2, 2020.

The circle of Epstein was very rich and wide. His circle of elite people included Donald Trump, Leslie Wexner, and even Prince Andrew, Duke of York.

Epstein died on August 10th, 2019. Although the coroner ruled his death to be a suicide, his lawyer contested the claims. As it happens, there were many suspicions regarding his death. On July 23rd of 2019, only three weeks before his death, the guards found Epstein unconscious with injuries to his neck.

Epstein said that his jailmate attacked him, although staff thought he tried to commit suicide. Six days later, they take him off suicide watch and place him in a special housing unit with other inmates. The jail then informed the Justice Department that he would have a cellmate. And that the guard will check into him every 30 minutes.

However, no one followed this particular procedure on the night of his death. Although they transferred his cellmate, no one filled his space. The two guards placed in front of his unit failed to check on him for three hours. Not only that, but the two cameras in front of his unit malfunctioned as well.

How Did Jeffrey Epstein Make His Money?

Epstein started his professional career back in 1976 as a physics and a mathematical teacher for teens at the Dalton School on the Upper East Side of Manhattan. Although Epstein didn’t have the right qualification, he was given the job.

However, later after being dismissed, he swiftly moved up to start his career as an options trader. He also advised the bank’s wealthiest traders at that time. After that, he wanted to start his firm.

In August 1981, he founded his consulting firm, Intercontinental Assets Group Inc. (IAG). The role of his firm was to recover the stolen money from brokers and lawyers for their clients.

However, there are certain facts that many did not check. It is that Epstein’s wealth had come from numerous unsaid sources as well. He could swindle money into Wall Street himself. Take the illegal Ponzi scheme as an example.

What Did Jeffrey Epstein Do

Federal prosecutors in New York City had charged Jeffrey Epstein with sex trafficking. Moreover, they charged him with conspiring under investigation. It had caused quite a stir in the 2008 plea bargain. The federals then brought up the fact that he had sexually abused dozens of underage girls.

This conviction could have landed him in prison for up to 45 years. During his arrest, the prosecutor had said that they found several pictures of nude and semi-nude young women and girls at his Manhattan mansion. They had also said that the additional victims started coming forward since his arrest.

Although his attorney had insisted that Epstein had not had any form of illicit contact with any underage girls since he served his sentences in Florida. They even argued in court that the charges were not right, rather improper. They believed that they covered largely the same ground as that of the non-prosecution agreement.

People also Search on Google About His Details :

3 Benefits of Using 24 Hours Storage Units vs. Other Storage...