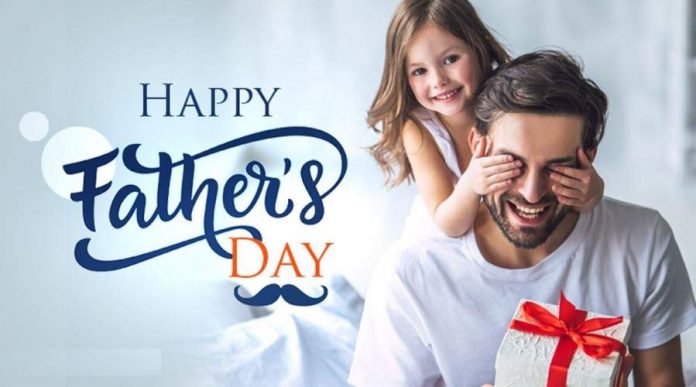 Father’s Day 20 June, 2021 : The day is almost here, and before you know it, the third Sunday of June will come in a jiffy. It’s an important day for all the dads out there in the world. So you probably know what we are talking about. Yes, we are talking about fathers day.

Since we know that some of us are not with our fathers right now, maybe you are working somewhere else, but that doesn’t mean you won’t celebrate with your big man. Maybe you can surprise them with making a new dish, sharing it via video chat, or even preparing a wonderful video to commemorate the day. There are hundreds of ways in which you can make your father happy on this day.

But before all that, what exactly is Father’s Day? How did it come to be? And what are the historical facts about it? These are the pressing questions that a person may ask themselves.

So in his article, we will be talking about everything you need to know about father’s day.

Alright, before you start panicking about the preparations, hold down your horses. Just relax a bit because there’s still an ample amount of time left for you to plan a terrific father’s day plan. So, bring out your handicrafts, tools, or other things you might want to do because father’s day is on Sunday, 20th June 2021.

Now let’s talk about the origin story of father’s day.  Unlike mother’s day, which has some very solid origins, father’s day has a lighter one, in comparison. A woman first created this day. It is the American girl Mrs. Sonara Smart Dodd, who invented father’s day. She wanted to honor her father. Therefore, she went around and gathered support for the idea of celebrating a separate day for the fathers; thereafter, on June 19, 1910, she and others celebrated fathers day in the state of Washington.

Moreover, did you know that the first American president who supported the concept of father’s day was none other than Calvin Coolidge? In fact, Woodrow Wilson too was inspired by the event. After that, both Calvin Coolidge and Woodrow Wilson urged the Americans to acknowledge a day for fathers during their administrations.

However, it wasn’t an official holiday. And with time, the enthusiasm for the much-awaited commemoration, too, didn’t last long. Thereafter, during the 20s and 30s, people tried to merge both father’s day and mother’s day as ‘parents day.’

How Father’s day was made official

If we look at the thing from a more historical perspective, then we can find that, during the Great Depression, the retailers tried to commercialize the holiday to make money in a dire financial crisis. Moreover, with world war II in its full fury, people started to use Father’s day as a sign to pay tribute and respect to the fallen American troops.

Thereafter, a decade later, President Richard Nixon signed proclamation 4127, which declared father’s day as the national holiday for the Americans.

We celebrate Father’s Day with much love. Many countries have their different significance to the day. For example, the Germans celebrate the day as ‘men’s day,’ whereas the Thais celebrate their king’s birthday.

Generally, the most important thing is to give some time to your dad on that special day. Children can give handmade cards, gifts, and flowers. Also, you can go to a dinner party and talk about some interesting facts that we have mentioned in this article. Moreover, you can also decorate your father’s room and bake a cake as a surprise if you cook their favorite meals. They’d feel like the best dad in the world. And to those whose father isn’t with them anymore, just think about your old pal with all your heart because the day belongs to them.

Final thoughts: since the day is all about them, make sure to show some love. Also, have a heart-to-heart conversation, and most importantly, thank him for the sacrifices he has made for you as a father.

Beyond a Rose Blush: 7 of the Most Romantic Flowers for Intense Passion

Why Is Handmade Jewelry Far Superior To Machine-made Or Mass-produced Jewelry?

Simple Set Up with a Pop Up Display Frame

A Money Pit: How To Determine a Home Repair Cost?