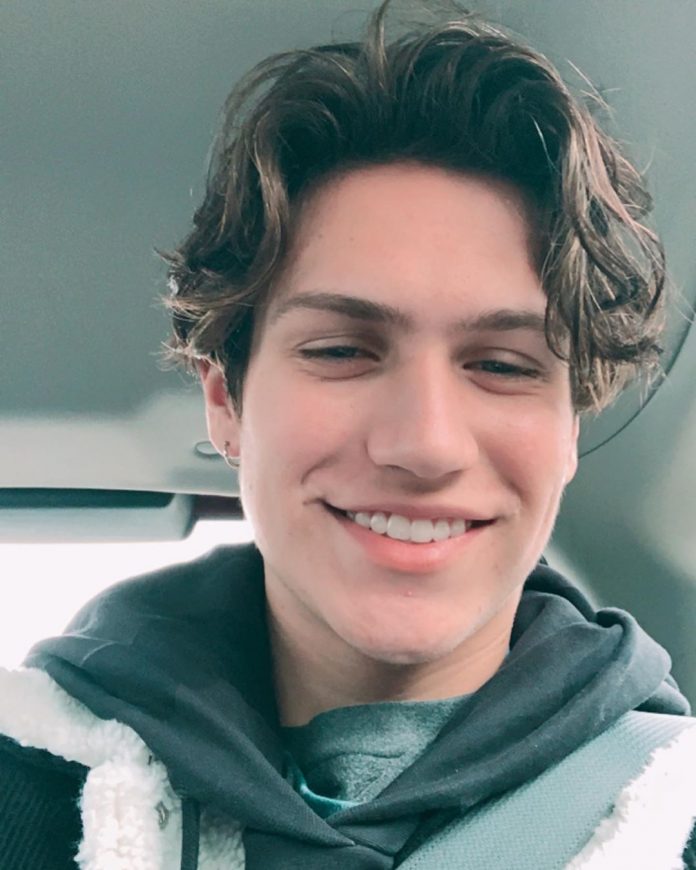 To begin with, Chase Hudson is a social media influencer in the United States of America. He is also a TikTok artist. Chase’s handle name is Lil Huddy, he is famous for his handle name in America.

As mentioned before Chase Hudson is a popular entertainment artist and social media influencer.

He is a self-established TikTok artist. His account on the site is so popular that he becomes an interest sensational. Before holding an account in TikTok he was a video maker. He started his career as a small video making artist. Chase was live-streaming his short videos on YouNow, a video sharing service.

Over time people started watching his videos and he becomes popular. So, to increase his popularity he opened an account in TikTok. At TikTok, he had nine million followers in the beginning. This number kept increasing over time. But this was not the end of his career. Even more, he has an official channel on YouTube.

In this part of the article, we will discuss the early and education life of Chase Hudson. He is Born: May 15, 2002 and his age 18 years old. His height in feet is 5′ 10″ or 178 CM, and Weight is 70 kg. Chase is a well-known social media person. So, it’s natural for people to want to know about his life. Here we will try to quench your thirst about his life and other information

Chase Hudson was born on 15 May 2002. He was born in Stockton, California in the United States of America. His current age is 18 years old and American by nationality. At a very young age, Chase rose to fame because of his talents.

Chase is a Christian and belongs to White Caucasian decent. His Zodiac sign is Taurus. The social media entertainer currently lives in Los Angeles, California. His parents are Cole Hudson and Tamora Hudson. He grew up with two siblings at home with his parents. Chase’s sister names are Marlena and Karissa Hudson respectively.

Apart from the above-mentioned information reports indicate that he did his basic education online. Chase was part of a special online course at home. Before, opting online education he went to Bear Creek High School for freshman and sophomore years.

Later on, he went to online education to continue with his social media career. In addition to being best at social media handling, he is also very smart. In fact, he graduated early from his junior year by taking three classes each semester.

How is the career of Chase Hudson?

As stated earlier Chase Hudson’s career is a successful one. He is one of the popular social media influencers in the United States of America. His list of followers on different social media apps shows that he is pretty popular.

As listed in the summary part of the article Chase Hudson began his career in video sharing sites. Chase’s became popular as a social media influencer after joining TikTok. TikTok was originally called as Musical.ly. Chase considers himself as an e-boy. E-boy is a subculture of the 21st century of young and smart online teenagers. His clothes, hair, fashion sense, use of gadgets reflect his e-boy culture.

The popularity of his videos on video sharing apps was the motivation to proceed further. Later on, he started his own YouTube channel. Here at YouTube he makes and posts videos relating to fashion. The popular videos are on hauls, vlog on- in a day, and his reaction to several things. He is famous as the founder of the TikTok collective Hype House.

The Hype House was a joint initiative By Chase with other popular TikTok artists. These artists include Alex Warren, Daisy Keech, and Thomas Petrou. Members of Hype House live together in a physical house in Los Angeles. They create content together and share it on social media. But Chase doesn’t live with them in the house.

Yet, he visits it very often and works with his friends in the house.

How is the personal life of Chase Hudson?

As social media star Chase Hudson is popular his personal life is under a microscope. But Chase is very young and he has started his career. So, there is not much drama or rumors about his personal life. He is on and off relationship with Charli’ D’ Amelio.

Chase Hudson is one of the popular social media influencers in America. His fan following is in Million on all social media apps. Here we have shared information on everything you need to know about social media stars.

The Most Amazing Silver Accessories to Buy This Fall

7 Different Types of Ceiling Fans for Your Home

This Is How to Hire a Plumbing Contractor for Your Home

As a real estate agent, you know the photos you use can make or break your listings.Your photos help you make a great first...

3 Benefits of Selling a House to a Cash Buyer