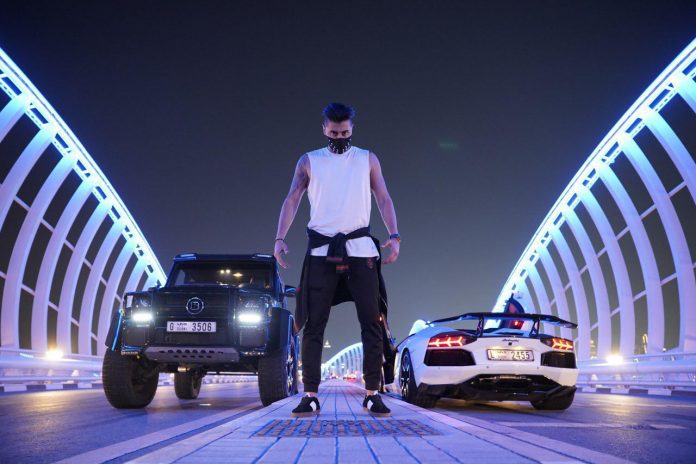 Dubai Influencer Muhanad Besh Aka Rich Is Making Waves After His Meeting With Salt Bae. Read To Know! You might have seen many people living a luxurious life, adding names, fame and wealth within. Under the list of the luxurious people, Muhanad Besh, who is known by his name Rich on social media. Muhanad Besh is an emerging name who is known for exploring the lavish life of Dubai. The life of Muhanad is similar to those like the celebrity and he spends his life the same.

He strongly believes everything is possible to achieve. He is born on September 8, 1994 and he altered his life after his first gig that perhaps happened while he was studying in Russia. He is a fashion influencer and thus looking his exceptional persona, global brands such as Hermes, Versace, Louis Vuitton, Armani, Alexander McQueen, Gucci, Prada, Balenciaga and many more have made collaborations with him. Apart from being a fashion influencer, he also loves adventurous sports such as skydiving and bungee jumping.

Cars have always fascinated him and he has a dream to own all the best cars in the world one day. Looking at his passion, He has been invited in several sports events to be the guest of honour and that too featured by these brands. He got innumerable clients as his clientele who got influenced looking at his wealthy lifestyle. Currently, he has become the most popular digital marketing influencer.

It was at the age of 25 when he started to climb the ladder of success by getting into a lot of sports betting businesses. His early life was spent in Russia, where he pursued his education in pharmacy. Well, as he started growing up, he discovered his passion and love for blogging. He started his journey and paved a new way when he bagged his first job as an event planner and that too for a Russian artist. He continued his passion and within no time he has become one of the wealthiest fashion bloggers of Dubai.

In recent years, the influencer has ruled the rooster and social media as this has become his one of the best careers. He is widely known by the people worldwide as Rich. He belongs to a high-class family and his family had the export business. When he was a child he dreamt to be a tennis player, but as his parents insisted he pursued his education in pharmacy. If you are fond of luxurious things and he even loves to live a posh lifestyle.

How To Get Started With Your Commercial Construction Project?

This Persian cat was carrying half his weight in his fur. Look at his...

8 Best Plus Size Swimwear for Women

How to Choose the Right PTAC for You