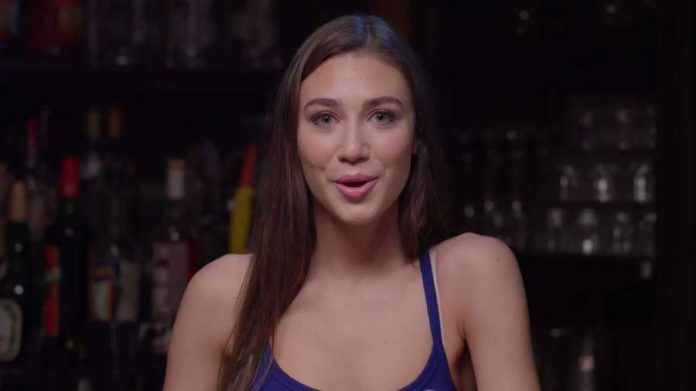 All of us have definitely heard the name of the popular TV show Letterkenny, isn’t it? And whenever we talk about this show the first character that comes to our mind is Bonnie McMurray. In fact, she is one of our most favorite characters from this sitcom. This Canadian TV show was created by Jared Keeso in 2016. Presently it is in its 9th Season. The show first began as a YouTube web series which was titled Letterkenny Problems. But later after gaining immense popularity, it was also aired on The Comedy Network.

The show has various unforgettable characters like Wayne, Katy, Reily, and of course our very favorite Bonnie McMurray, along with several others. If you are curious to know more about McMurray and the actress who popularised this character so much, you can go through this article.

Who Is Bonnie McMurray?

Well, all of us know the answer to this question very well. Moreover, we gobble each and every episode of this sitcom still now. Bonnie McMurray is one of the most recurring characters from this famous show Letterkenny. In fact, this unforgettable character is played by the beautiful and talented actress, Kamilla Kowal.

As we remember from the show, Bonnie is the younger sister of McMurray, who has a crush on Wayne. But Wayne thinks that she is too young for him. But other than him all the other male characters are attracted to her.

There are also many famous episodes that entirely focus on this character. The episode “Battle for Bonnie McMurray” in Season 3 is one of them. Here Bonnie invites Hicks for a hot tub party and what follows next is worth watching. There is also another such episode in Season 2 where Bonnie plays a major role, it is “The Election”. Here Bonnie has an unpleasant run-in with the Skids who “crop dust” the dollar store.

In this show we first see Bonnie working at MoDean’s as a bartender. Later this store burns down and she joins the Letterkenny Ukrainian Centre as a waitress. Besides working here, Bonnie is also active in many community causes.

Who Was Bonnie in Relationship With?

Bonnie McMurray is one of our most favorite characters from this show. Therefore, all of us are very eager to know with whom she will be engaged. Bonnie is so beautiful and pretty that many of the characters from the show want to be with her. They include Dan, Daryl, and Katy. We best see it in the famous episode of “The Battle for Bonnie McMurray” in Season 3.

Although Bonnie does not choose any of them. She is always the subject of attention of various handsome men in the show due to her prettiness. But because of this, many complications also arise. Especially at Ron and Dax’s wedding when they all start fighting.

Who Plays the Role of Bonnie McMurray?

Bonnie McMurray became our favorite and close to our heart only because of the amazing acting of Kamilla Kowal. Not only is she very beautiful but she is an extremely talented actress. This Canadian actress works both in Canadian and American shows. Other than Letterkenny, Kamilla has acted on few other hit shows. They are The New Romantic, American Hangman, etc.

In spite of being a celebrity, she prefers to keep away from the media and the spotlight. Therefore we do not come to know many details about her personal life. She lives with her family and siblings in Canada. Kamilla began her career as a model before she started acting. In fact, she has an attractive figure and has all the required aspects to become a model. Therefore, she seems to have a promising career as of now.

There are many fictional characters from various TV shows and films that instantly become our favorite, Bonnie McMurray is one of them. Right from her entry into the show, she has won our hearts. Her character, therefore, is one of the most loved and admired in the show by her fans.

What is Netsuite, and Why Do You Need It?

The Latest Science Behind Solar Power

Order Money Online & Get It Delivered at Your Doorstep!