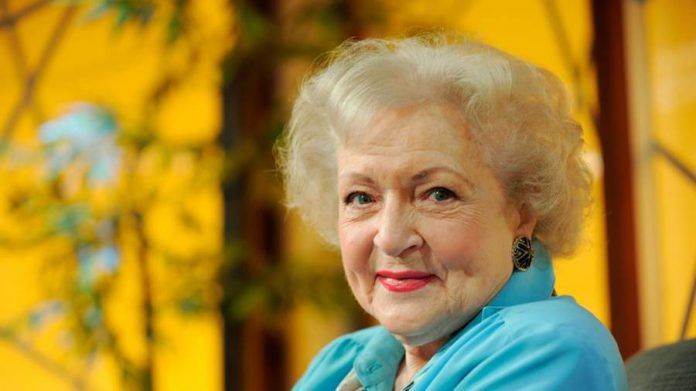 Betty Marion White Ludden, who professionally goes by the name Betty White is an American actress. Moreover, she is also a prominent comedian, author, and animal rights advocate. She is better known to the populace for her role as Sue Ann Nivens from the show, The Mary Tyler Moore Show. Furthermore, she is also famous for the role of Rose Nylund in The Golden Girls.

Who is Betty White?

Betty White was born on January 17th, 1922 in Oak Park, Illinois to Christine Tess, a homemaker, and Horace Logan White company executive. She has Danish, Greek, English, and Welsh ancestry. After her birth, White’s family moved to California in 1923.

It is here she grew up and built herself up from scratch. She completed her schooling at Beverly Hills Unified School District. Moreover, at that point, she thought of becoming a forest ranger.

However, she could not proceed with her desire as the authority did not permit women to serve as a ranger at that time. So, she tried her hand at writing. She wrote plays and played the lead role in them.

Hence, it was at this point she realized her fascination with performing. Performers Jeanette MacDonald and Nelson Eddy inspired her very much. Thus, she wanted to follow in their footsteps and started pursuing becoming an actress.

Some of Betty’s prominent roles start with the mention of The Mary Tyler Show. It ran from 1973 to 1977 where she played the role of Sue Ann Nivens. Her appearance on The Golden Girl has turned the show into a classic. Moreover, she also featured as Elka Ostrovsky on Hot in Cleveland.

Furthermore, she is the first woman ever who produced a sitcom, Life with Elizabeth. Her television career began in 1939, at least 80 years ago, after she graduated high school. Although Betty put a hold on her acting career during the war, she volunteered to work in the American Women’s Voluntary Services.

She bounced back after the war. Betty White first started working as a radio personality. She was a prominent panelist of game shows such as Match Game, Tattletales, To Tell the Truth, The Hollywood Squares, and more. Because of her contribution, she received a Daytime Emmy Award for Outstanding Game Show Host in 1983.

She also made an appearance in shows like The Bold and the Beautiful, Boston Legal, and Saturday Night Live, The Carol Burnett Show. As the star has covered 80 years behind and in front of the camera, she has won the Guinness World Record in 2018.

Betty White has successfully recovered up to eight Emmy Awards in various categories, along with three American Comedy Awards. Moreover, she also got three Screen Actors Guild Awards and a Grammy Award.

Betty has been on and behind the screen for more than eight decades. Hence, as of 2021 Betty White Net Worth ranges around a whopping $75 million.

There is much more that is still left to be covered about Betty White. Hence, follow us to know more about the pioneer.

How To Buy A Laptop For Gaming?

What are The Physical and Mental Benefits of Taking Yoga Classes?

5 Reasons to Move Out of Chicago