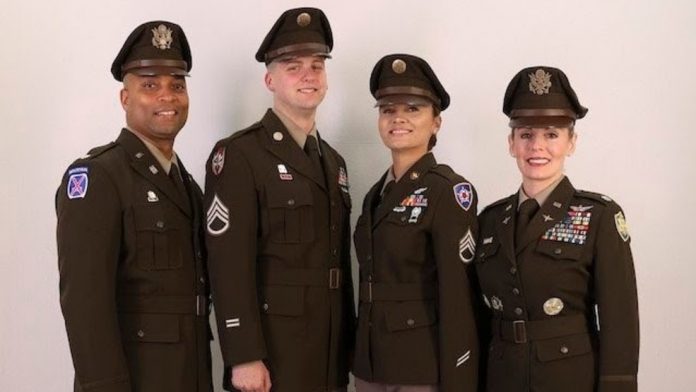 2019 has the chance to be an unforgettable year for you. There is still so much time left in this year to accomplish your biggest goals, travel somewhere exotic, or purchase life-changing items. When you look back on this year and think of what it brought you, do you want it to be defined by yet another device that will be outdated in a year or something unique such as a WW2 US Army uniform?

While an American Army uniform from nearly 80 years ago might not be the first item on your wishlist, it will certainly become one of your favourite purchases. Let us take a look at four reasons why your wardrobe is begging for the addition of a WW2 US Army uniform.

Great Way to Show Off Your National Pride

Anything related to the American military during the Second World War is widely viewed as a symbol of freedom and American strength. These uniforms were worn by people who made up America’s greatest generation, people who fought bravely in the face of one of history’s greatest global threats. By owning a well-made reproduction of one of their uniforms, you will be able to show off your appreciation for their sacrifices and pride for your country’s recent past in ways that few other people can. If you are interested in honouring one of the highest points in American history, then this is the item for you.

Dress the Part of a Real Hero

Some people like to say that one of the best ways to get what you want is to dress the part. If you want to be a successful businessperson, then it helps to own a sharp suit. So if you want to look and feel like a true American hero, a WWII era United States Army uniform can help make that a reality. It will also help you look the part of someone who is passionate about American or military history. In fact, it might even make others consider you a true expert in either field. Owning your own World War II Army uniform is just one great way to feel more like the role models many of us should look up to, even today.

Makes it Easier to Participate in Historical Reenactments

Participating in historical reenactments is a pastime shared by many history buffs around the country. Many cities and towns will hold events to mark anniversaries or have events routinely to help educate the masses and keep the memories of this impactful war from disappearing over time. If you have ever wanted to be a star in one of these reenactments of historical shows, then a uniform of your own is one key to opening this door. Accurate attire is an important component of a great reenactment, and retailers like At the Front provide customers with uniforms that are affordable and incredibly accurate to the real ones worn during the actual war.

A Must-Have for Any Historical Collection

Collecting historical memorabilia is a fun hobby that anyone can easily pick up. Keeping and maintaining historical clothing and equipment is the rare interest that is both highly entertaining and educational. Some people get excited about searching for hard to find cars, shoes, or other accessories, and the same feeling can be had while scouring for items that also have a story to them that will make everyone you show them to a little bit more educated on the subject. A uniform is no different and, in fact, is made up of smaller parts that each carry their own significance and make for great items to own.

Does this sound like the perfect gift for yourself or someone you know? Then head to AttheFront.com to find a WW2 US Army uniform that will look great and have you feeling like a great American.

How to Use SEO for Brand Building

Kratom, a tropical evergreen tree from the coffee family, comes in different strains based on the color of the mid-veins and stems on the...

Many of you like to go on a camping or hiking trip with friends. Although most of you have your own vehicles to go...

When it comes to dating, most experts in the field will tell you that the very first date is going to be the one...

Pests are of various types and you may find your home infested with quite a few of them if you are not careful enough...

There is a misconception that it is difficult to get all your protein needs met as a vegan or vegetarian. This misconception is based...

6 Easy Ways To Know If A Website Is Built With...