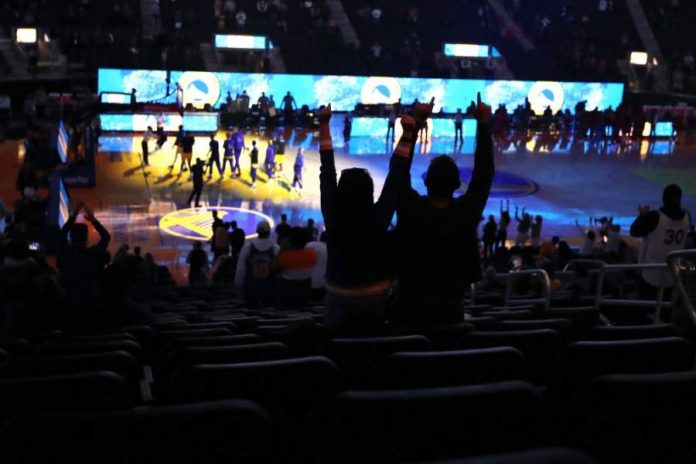 The Golden State Warriors were making history not so long ago when they played in a franchise-record four straight NBA Finals. The Warriors are making history again, only it’s in the realm of the blockchain where they are ruling over the sports world on this occasion.

Golden State is the first North American professional sports team to launch a Non-Fungible Token (NFT) collection. An officially-licensed digital collection called Golden State Warriors Legacy NFT, it commemorates the six NBA championships won in the history of the franchise. As well, the collection features digital collectibles from the team’s most iconic games.

The Warriors were the darlings of the online sports betting sites when they played in every NBA Finals contested between the 2015-16 NBA season through the 2018-19 campaign. A portion of all proceeds from the auction of these collectible NFTs is going to benefit the Warriors Community Foundation, which has granted over $22 million in impact for Bay Area educational equity since inception in 2012.

“The digital collectibles excitement is palpable,” Warriors Chief Revenue Officer Brandon Schneider told NBA.com. “We see NFTs and digitization of our business as a mainstay to engage our fans around the world. As an organization, we are constantly evaluating ways to be creative and innovate and launching this special NFT Collection is the latest evolution for us in that space.”

The bidding on all of the available items began on May 1-2.

One Of A Kind Items

The Warriors NFTs consisted of two special series that are both minted on the blockchain were available for purchase only with Ethereum. The first segment of the set was a series of Warriors Championship Ring NFTS.

Twenty-five editions were up from grabs of each of the 1947 NBA Championship, which was celebrating the first championship in league history, the 1956 NBA Championship and the 1975 NBA Championship. The first two titles were won when the team was known as the Philadelphia Warriors. The 1975 title was the first earned by the Golden State Warriors after the club had relocated to the Bay Area.

There were 50 editions apiece offered of NFTs commemorating Golden State’s 2015, 2017 and 2018 NBA Championships. However, just one edition of the Warriors Six-Time NBA Champion Ring was up for bidding.

Any collectors who purchased all six Championship Ring NFTs and completed the set will unlock a Warriors Championship Banner NFT.

“Golden State Warriors NFT” by NBA is licensed under CC BY 3.0

There is also a 1-of-1 Warriors Golden Ticket NFT commemorating franchise history over the past 75 years.

The highest bidder on the special edition Warriors Golden Ticket NFT also won the opportunity to participate in a Warrior-for-a-Day experience, which includes the chance to sign a mock one-day contract with the team and courtside tickets for two to a Warriors home game. Collectors who purchased all 10 Ticket Stub NFTs and completed the set unlocked a Warriors Historic Moment Showcase NFT.

Advantages of Buying Cricket Uniform from a Single Supplier

Boutiques in Collierville, TN That Shine