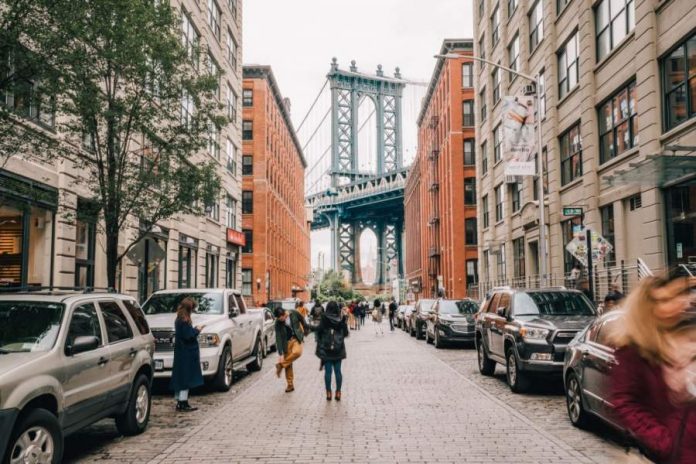 New York City is one of the most famous and iconic cities on Earth. It’s one of the biggest cities in the whole of the United States too, with over 18 million people living in the full New York metropolitan area, and it’s a city that many people dream of living in someday.

But, while living in the Big Apple can seem glamorous and exciting in the movies and on TV, new arrivals in the city often learn that being a New Yorker isn’t always easy. From getting around to adjusting to the local lingo, there’s a lot to learn.

However, if you’re willing to put in the effort, life in New York can be incredible. There are risks and dangers of moving there, and the effects of the 9/11 attacks can even still be felt today, but the city also happens to be one of the liveliest and most vibrant places on Earth.

If you’re considering moving to NYC or have just arrived and want some tips and pointers to get started, this guide has got you covered.

Get Used to Public Transport

The majority of New Yorkers don’t own cars. They don’t need them, because the city has one of the most extensive public transport networks of any urban environment on the planet. The New York subway, while not always the cleanest, is incredibly efficient and can take you anywhere you need to go much faster than you’d usually get there by driving.

If you prefer to stay at street level, taxis and Ubers are standing by, ready to take you wherever you need to be, and the city isn’t a bad place to cycle either, as long as you’ve got the experience and confidence to handle the non-stop rush hour of Manhattan.

Think Carefully About Your Budget

The average living costs for New York dwellers are quite high, especially when compared to many other major cities across the nation. The average rent in Manhattan, for example, is in excess of $3,500 per month.

Costs of groceries, transport, childcare, insurance, and education can add up a lot as well. So if you’re currently living in another city or small town elsewhere in the US, think very carefully before making the move and ensure that you’ll have enough funds to cover all of your necessary day-to-day living costs.

In most cities and towns, where it’s much easier to drive around in your own car, getting groceries is relatively simple. You can load up the car with the family, visit the nearest supermarket, and purchase all you need for the week ahead. This isn’t quite how things tend to work in New York.

People in NYC tend to buy groceries in smaller doses because they can’t load up their cars and often have to carry bags all the way home on buses, subways, or in taxis. A lot of people, therefore, try to find a nearby bodega they can rely on for essentials to get them through each day, doing grocery stock-ups every few days.

New Yorkers famously have their own unique accents, and the city also has a dialect all of its own as well. It’s very easy for locals to spot new arrivals just from hearing the way they talk, and new people in New York can find themselves feeling alienated when they don’t understand certain words and phrases.

Picking up some of the local phrases, words, and terminology can help you settle in more quickly and feel like a native. For example, start getting used to saying “uptown” and “downtown”, rather than worrying about whether you’re heading north or south, and don’t make the mistake of calling trains by color; all the locals refer to them by number instead.

Keep Calm and Be Confident

When you first step out onto those bustling New York City streets, you might feel quite overwhelmed. There are crowds of people everywhere, and at times, it feels like you’ll just be swallowed up by the mob if you walk too slow or stop for a moment to look in a store window.

The key is to try and be confident. Remain calm, and don’t let the sights and sounds of the city overwhelm you. Pick up your pace, move at the speed of the people around you, focus on your destinations and objectives, and before you know it, you’ll be fitting right in.

Moving to New York can be an exciting and intimidating journey all at once, but with the right approach and a bit of planning, you can make a real success of your big move.

Top Things To Do This Autumn in London

Curious To Know About The December Global Holidays Of December? Check Out The Complete List Of 2021 & 2022

How to Ensure Your Financial Safety While Travelling Abroad

5 Tips That Will Help You Get A Cheap Limousine

Easy Guide On How To Apply For Quick Loans