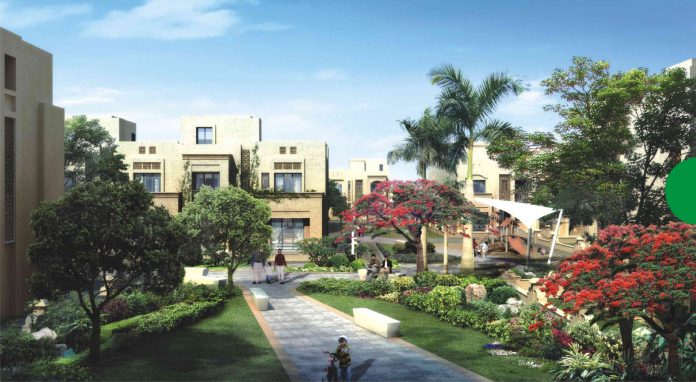 Lucknow, the City of Kebabs and Nawabs, is popularly known as the second happiest city in India. Known for royalty and sophistication from the very beginning, the city symbolises majestic aura in the truest sense. Everyone, especially those residing in Uttar Pradesh, hope to buy a residential property in Lucknow owing to its beauty as well as excellent academic and health care facilities. Some of the best schools such as La Martinier, Colvin Taluqdar’s and City Montessori are located here. Along with the reputed Lucknow University, it also boasts of IIM Lucknow and well-known medical and engineering colleges. So if you are planning to buy your own home in the City of Tehzeeb, then this is definitely the best time.

And why not? At present, only 40 per cent of the population in the state is urban and there are predictions that nearly 70 per cent of the Uttar Pradesh population will be urbanised by 2031. Consequently, there will be rising demand for residential properties in Lucknow as it is the most developed urban centre and thus, will grow the fastest. Moreover, according to a study conducted by Assocham Placement Pattern, Lucknow stands at sixth place among the ten fastest-growing job-creating cities in India. Business promoting institutions like Confederation of Indian Industry (CII) and Entrepreneurship Development Institute of India (EDII) have also set up their service centers in Lucknow because of its significant development.

Following are some of the facilities that are offered across residential properties in Lucknow:

Lucknow was placed at the top position among all North Indian cities for the last two years by the NHB (National Housing Board) Residex. This included both, constructed as well as under-construction properties. Even big developers from Delhi have established residential projects in Lucknow. There are so many huge housing projects in the city that are developed by private builders. Real estate is expanding radically here. It has set up new spaces for housing that are not too far from the city center. Some of the locations are appreciated more by the buyers owing to differential civic developments. Real estate developers, as well as buyers, prefer areas such as Gomti Nagar extension and Kanpur Road.

The civic amenities are progressing rapidly in Lucknow along with its growing economy. To add to its modern look, the smart traffic management system and upgradation of the city lighting to LED lights have also been implemented. Moreover, a smart sewage system is also in place. India’s biggest Dial 100 service center, the Modern Police Control Room (MCR) is continuing to provide its support to the people living in residential properties in Lucknow. Due to all these factors, Lucknow, the Golden City of East, is emerging as one of the fastest-growing housing markets in India.

Adding a modern touch to the glitter and gaze of Lucknow, Omaxe Group has come up with one of its kind iconic residential society – The Grand Omaxe. Offering lavish 2 and 3 BHK homes along with opulent penthouses, the most trusted residential property in Lucknow is located in Gomti Nagar Extension. The ritzy property is known for its state-of-the-art infrastructure, amazing facilities and splendid architecture. If you are looking for a home featuring a modern lifestyle with a hint of Lucknow royalty, then this property by Omaxe Group is an ideal place for you. Spread over an extensive area of 11.11 acres, this architectural marvel offers a higher standard of living along with a touch of local cultural history as well.

How can you Finance your Company Equipment?

Top 10 Most Expensive Sports Cars In The World 2019