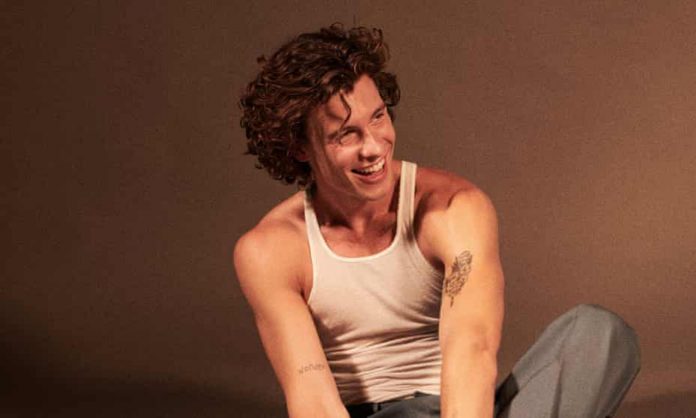 Yes, you read it right. Shawn Mendes says that he cannot trust Tay-Tay’s boyfriend Joe Alwyn. What was the reason? His eyes. His “too blue” eyes. Shawn Mendes and Taylor Swift have shared the stage in 2018. They performed in the “Reputation Stadium Tour.”

Although it may be a subjective notion, Mendes’ comment sparked a fire in the entertainment industry. The Wonder singer has also said that her boyfriend has a “villain look.” He commented further that he finds brown eyes to be more assuring. Those are the eyes that he finds convincing.

How Did Mendes Talk About Tay-tay’s Boyfriend?

Shawn Mendes revelry opened up about his friendship with the “Bad Blood” singer. Moreover, he went really deep and even talked about his impression of her boyfriend, Joe Alwyn. If you are thinking whether they have met or not, let us tell you that they haven’t.

Recently Vanity Fair has started a new trend. It is where they invite celebrities to take a lie detector test. The fun part is that they ask steamy and controversial questions that fans are waiting for. Recently, they asked Shawn Mendes to participate in it. And oh boy, did he reveal some info.

During the test, one of the correspondents asked Mendes about his friendship with Swift. They asked whether he keeps in touch with his mentor or not. The “Stitches” crooner was one of the opening acts for Swift’s “1989” tour in 2014. Moreover, he also made a cameo during her 2018 “Reputation” tour.

To this question, he answered, “I always am asking her for advice on music.” They further asked him when was the last time he texted Swift. To which he answered, “maybe a month ago.” Then the series moved towards asking a more controversial question. That is, whether he approves of Swift’s longtime boyfriend.

Swift started dating Alwyn in 2016. He responded, “I’ve never personally met Joe, but he looks like a sweet guy.” However, the polygraph examiner told Mendes that the result is deceptive. The singer then changed the answering course.

He then said, “I’m lying? A little bit? Yeah, I mean, he’s kind of got a little bit of a villain looks about him,” then Mendes holds up the picture of Alwyn. He further says, “I mean, he looks like a nice guy — but he, at any movement, could turn into a villain.”

He stressed on “He’s got blue eyes and I struggle with eyes that blue. I find it easier to trust brown eyes.” Although he did not elaborate too much on why he found him suspicious. And he even claimed that he “talked way too much about him.”

Earlier in the same video, He told the interviewer that he’s “pretty bad at lying”. During that time, he also came clean about lying to girlfriend Cabello. Cabello is also good friends with Taylor Swift. She even served as one of her opening acts for the “Reputation” tour.

Not only that, but she even performed “Shake It Off” alongside Swift and Halsey at the 2019 American Music Awards. Swift even awarded Cabello with the artist of the decade in AMA. Whether it is a tour or a text, one can say that the friendship between the three is tighter. However, how Swift responds to Mendes’ claim is yet to be seen.

The whole video of Shawn Mendes taking the lie detector test is sensational and exciting. If you want to know more about what Mendes has unveiled, watch the video In the official account of Vanity Fair on YouTube.

How to Sell a House Fast: Tips That Cost Zero Dollars or Very Little

How To Restore The Settings Icon PNG, For Android, iOS, iPhone?

Nothing but the Roof: 6 Signs You Need Roof Repair ASAP