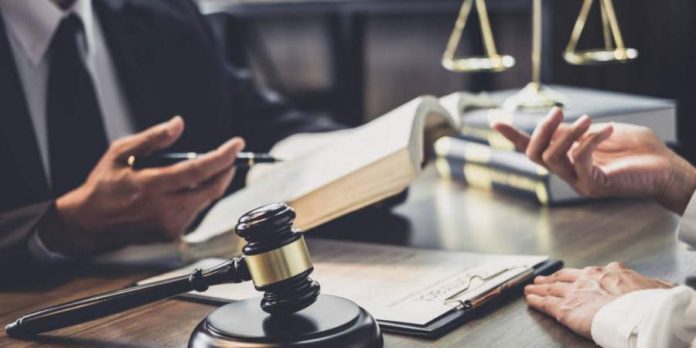 Legal sector is very specific and dynamic. As a legal professional, you are expected to deal with a range of different aspects every day – from working and preparing documents for court cases to meeting new potential clients or even approaching suppliers. Regardless of the particular task at hand however, you often find that languages and translations are at the very heart of the job.

As the number of multilingual communities and international businesses have grown over the last decade, so has the demand for certified legal translation services within the legal sector. As more and more documents need to be converted from one language into another, legal professionals find themselves dealing with translation suppliers on the daily basis.

Law firms and organisations work closely with translation agencies and rely on them not only to produce linguistically accurate content within the tight deadlines set, but also require them to fully understand any current legislation and legal terminology, which may directly affect the suitability of the translated documents. As a result, working with a translation provider that specialises in legal translation services is not only beneficial, but perhaps essential.

The British Council estimates, that more than 10% of all residents in the United Kingdom speak a language other than English at home, and this number is significantly higher in London. Although the total number of people arriving from EU countries has fallen considerably since Brexit, there is still a very large number of both – European as well as non-European immigrants – and as a result, documents in foreign languages. Legal papers submitted by foreign nationals in the UK in support of an application often require translating into English.

The growth in documents such as multilingual forms, contracts, tenders and other legal documents is rising rapidly, both due to the recent pandemic as well as Brexit requirements. Interestingly, we can also witness a considerable growth in the number of official documents in English, which need to be translated into the person’s native language.

What types of legal documents are translated most frequently?

Companies which specialise in language services and legal translations are generally extremely valuable for law firms. As they consist of large networks of specialized linguists, they are able to translate practically all document types. Some of the most frequently translated documents for legal purposes include:

As you can see, the variety of document types, which must often be converted into another language for legal purposes is truly staggering.

What are the different types of a legal translation?

The term ‘legal translations’ usually refer to a professional translation services conducted by a registered linguist which is intended to for the legal sector or an official use, for example, the Home Office or Courts of Law.  Within the legal translations, we recognise 4 main types of legal certifications, and each of them is intended for a different use.

A standard certified translation is perhaps the most commonly acquired translation type. It simply involves the translator or translation agency to state officially that they have indeed converted the documents in question and that they take a full responsibility for the accuracy of their work. In most cases, the standard certification is perfectly fine for majority of legal uses and widely accepted by official institutions, such as Courts, Embassies or the Home Office.

A sworn legal translation is very similar to the standard certification; however it also requires the linguist responsible for converting the documents into the target language to sign an official statement of truth, which is also in the target language of the authority requesting the translation. In most cases, a sworn translations are used abroad.

An officially notarized translation is predominantly used when required by overseas governmental authorities, foreign courts or trade registries. In addition to the standard certification, a linguist is also required to attend a Solicitor or Public Notary office, where their identity is confirmed before a notarization stamp and signature is applied to the translated documents in question.

An Apostille translations are quite similar to the notary certifications, however, in addition they also require the documents to be sent to the Foreign and Commonwealth office for authorization and then forwarded directly to the authority in question which requires the documents to be translated in the first place.

What about legal interpreting?

So far, we have focused on discussing legal translation services of documents, which come in the written form. There are however instances of translations, which require the linguist to attend meetings, interviews or court cases in order to provide a spoken interpreting service.

Generally speaking, the role of an interpreter is to allow a smooth and efficient communication between a legal professional, whether a paralegal, solicitor or a lawyer with their client, who may not be able to speak confidently in English, allowing them to put forward their case in as much details as possible. As interpreters assist in communication between the client and a solicitor, this then creates a less intimidating environment and helps in building a stronger relationship between the involved parties.

When approaching a professional interpreter however, similarly to written translations, it’s essential to ensure that they are not only officially registered with a language authority in the UK, for example the ATC or CIOL, but also that they have a previous experience and an in-depth understanding of the legal sector.

Language interpreting within the legal environments, such as courts or the home office can be quite fast-paced and stressful, as a result, the linguist undertaking the assignment must be able to not only accurately translate, but do so within strict time-limits and a demanding environment, keeping terminology and vocabulary precise.

Can anyone translate my legal documents?

Finding a translation agency or a freelance linguist who is able to translate legal documents professionally and accurately can be a challenging task. From making sure that the person or company are officially certified with an authorised UK body, such as the previously mentioned Association of translation companies (ATC) or Chartered Institute of linguists (CIOL) is absolutely essential. A translator will not be able to officially certify your documents without such accreditations and as a result, the documents may be rejected by the authorities.

Many people believe, that by being able to speak the two required languages fluently, they will be able to translate the content themselves. This isn’t the case unfortunately, and in order to translate your documents legally, whether for personal or professional use, you will have to contact a qualified and registered language provider.

How Student Can Hone Their Writing Abilities

Top Things You Should Expect from Your Injury Lawyer

Why Students Fail To Score Top Grade In Statistics Assignments?

How to Find a Strata Manager NSW?

An Insight Into Fixing A Leak In The Roof

How To Manage Chronic Pain Issues During The Covid-19 Lockdown?