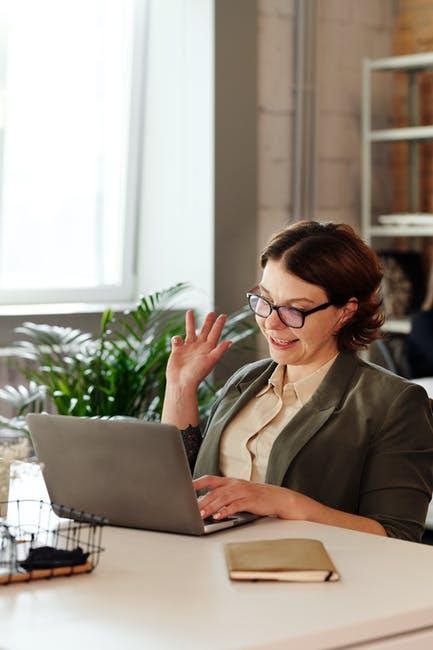 By 2022, videos will make up more than 80 percent of the content on the Internet. People love TikToks, and they spend almost four hours a day on their phones. People also watch billions of hours of video on YouTube, and they upload about that much every day too.

Making videos is easier than ever too. Whether you want to create something to share with your friends or you’re hoping to build an audience for your content, there are plenty of easy-to-use apps.

What’s the best Mac video maker? You might be surprised by some of the tools you already have in hand, as well as how easy it is to use them.

What Mac Video Maker Options Are There?

Over the years, Apple has built a reputation as being the platform for creatives. Mac laptops and desktops come with native software built right in. You have GarageBand for making music and Photo Booth for taking pictures and applying cool filters.

What about making a video on your Mac? It shouldn’t surprise you that Apple has native software solutions for that too.

QuickTime is Apple’s native video player. It’s also available on most Apple devices, since it’s the default player. It does offer some video editing tools.

iMovie is the other piece of software video makers should know about. It’s easy to use, and it comes with some more robust editing features to let you turn videos into movies.

iMovie may not be the best video editing software out there, but it’s still quite capable. Best of all, it’s free for any Apple device. That means you can start honing your video-making skills without spending tons of money to get software.

How to Make a Video on Mac

Before you can edit your video, though, you’ll need to capture some footage. If you have an Apple device, then you probably have everything you need to get started.

If you’re using a desktop Mac or a MacBook, then you can use the camera to start recording. Apple supplies the FaceTime Camera as a built-in feature of most Macs.

The exception is the MacBook Pro. If you have one of these laptops, you don’t have a built-in camera. You’ll need to invest in a separate webcam.

Even if you do have a built-in camera, you might want to look at a separate webcam anyway. Until 2020, Apple only offered 720p FaceTime cameras. This isn’t HD resolution, which means any video you capture on it will be grainy.

New desktop Macs have an upgraded 1080p camera. Experts think Apple will likely add upgraded cameras to its laptops in the future. For now, though, laptop cameras remain at the 720p resolution.

So, if your Mac computer is older than 2020, chances are you want a higher-quality webcam. That means investing in a separate one.

What about iPhone and iPad? The good news is Apple has been putting great cameras in its mobile devices for years. If you have a mobile device, chances are you can shoot high-quality video right now.

Capturing Video on a Mac

To capture video on your desktop or laptop, you’ll want to launch QuickTime. Allow the app to access your camera. If you’re using a separate webcam, be sure to change the default camera so you get video capture from the right device.

If you have an Apple TV, you’ll want to make sure you have your webcam selected. QuickTime counts the Apple TV as a camera, since it can record your TV screen.

Before you hit “record,” spend some time adjusting the settings. This will help you get better quality video. The best setting is “maximum.”

Spend some time checking your audio settings before hitting record. Audio is tricky, and many people overlook it. That can lead to all kinds of trouble when you’re editing the video later.

Once you’re satisfied, hit “record” and take it away.

If you’re using your iPhone or iPad, then you can just click into the Camera app. You’ll have choices about whether to take a photo or record video.

If you’re shooting on an iPhone 11 Pro or iPhone 11 Pro Max or newer, then you can use either the front or rear camera. That’s because both cameras are the same quality.

On older iPhones, the front camera is lower quality than the rear one. For that reason, if you’re using anything older than the iPhone 11 Pro, you should always make sure you film using the rear camera. It’s a little harder to film yourself when you can’t see what you’re doing on the screen, but it will give you higher-quality footage.

Next, you’ll want to make sure you’re filming in landscape mode. That means turning your phone horizontal. This gives you a wider video, which lets you use the footage everywhere.

Editing Video on a Mac

Once you’ve captured your footage, you can edit it in QuickTime or the Camera app. These apps are good for making quick edits, like trimming the footage to a certain length.

If you want to splice videos together or add effects, then you should import the clips to iMovie. iMovie lets you perform basic functions like trimming.

You can also rearrange video clips using the Crop feature under the editing menu. You could add images, other video clips and more. If you know how to take a screenshot on a Mac, for example, you can drop that into your video.

If you want to do more with your videos, then you’re going to want to look for third-party video editing software. They’re often more expensive, but these apps have a wider range of editing functions.

If you’re just starting out or making videos for fun, then iMovie is a great Mac video maker for starters.

Stay on Top of Your Tech

If you’ve never used a Mac video maker before, then iMovie is an excellent place to start. Once you’ve mastered the simple tasks, you can move on to more complex software that lets you do more with your videos.

Things to Keep In Mind about Ontological Coaching Program