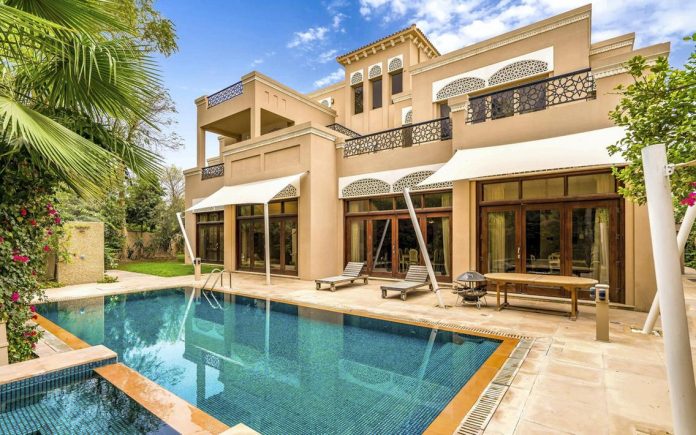 Till recently, the name of Emirates Hills used to resound in the estate market traditionally when it would come to the favourite community amongst highly valuable property buyer. However, a tone-down change has started raising its head here.

Let us begin from Andrew Cummings from luxuryproperty.com, who shares his opinion in the capacity of its Managing Director. According to him, newer communities are increasingly catching the attention of buyers, which has the capability of challenging the traditional significance of Emirates Hills. It is on account of its Crystal Lagoon, and nearness to Downtown District One appears as the first drop of the rain of change, according to luxury.com. Local and overseas buyers give importance to aforesaid and likewise District One features. Luxuryproperty.com. The importance of Dubai Hills is also rising. The transaction count in La Mer shows people believing in its potential.

Andrew Cummings adds that establishing of new communities have dawned futuristic amenities to occupants there, ranging from malls to golf courses. This stir concerns for earlier estate entities. Cummings also finds that Emirates Hills reigned supreme in the year 2019 on the basis of the most sought after community and plentiful transactions. Luxuryproperty.com facilitated villa sale & purchase transactions worth of AED69,000,000 in 2020. Cummings finds the AED69,000,000 mark as the highest figure over the span of 18 months. If you are looking to buy a villa in Dubai, regardless of investment or relocating point of view, it’s always good to consult with these experts before finalizing any specific community.

Regarding choices for the rich, luxury estate entities, i.e., District One, Dubai Hills Estate, Palm Jumeirah, and Downtown helped them bagging profits. The following lines mention highlights. One particular villa in District One fetched the AED90,000,000 worth tag. Dubai Hills Estate came to the fore for a transaction of AED60,000,000 regarding a villa developed in its Hills Grove. A villa in Palm Jumeirah was considered worthy of AED51,000,000. It was J Frond custom-made. Last but the not the least, II Primo in Downtown flashed in the news when the selling price of a six-bed duplex exceeded the AED50,000,000 mark.

Creek Harbour too is appealing. Although Creek Harbour is passing through early stage, yet the opening of Vida Hotel means a good omen and earns praise amongst stakeholders. Cummings finds District One rather attractive because it is stung by undervaluation despite its capacity of rich capital return. The reason behind capital growth capacity is simple, i.e., Meydan Mall and likewise have gone online. Going online popularizes Meydan Mall and similar notions amongst buyers.

The consistent demand marks Downtown, Cummings believes. The handing over of new projects in Downtown has breathed a new life in it. Some fine examples are Boulevard Crescent, Address Fountain Views, Address SkyView, and Vida Downtown. The active rental market is one feature of Dubai Hills now, by fluke though. The present estate handing over spree in Dubai Hills, which includes studios and mansions, is to consolidate the rental market factor even further. Consequently, Dubai Hills will keep offering something to first-time buyers and business people alike.

Cummings finds La Mer, which exists in the heartland of Jumeirah, can potentially grow into a luxury hotspot. Port De la Mer and plot options provide that potential.

From the Conversion Rate Perspective

According to Michelle Liddiard, the comparison between Mohamed Bin Rashid City and rest of Dubai revealed that most transactions took place here in the last three months of 2019. Liddiard adds that both Dubai Creek Harbour and Downtown Dubai has begun catching the attention of luxury property buyers. Opera District exemplifies these attractive, spectacular, and newer off-plan projects in Downtown. The fact that famous fountains beautifully stand beside these Opera District off-plan projects increases their attraction.

Emaar has successfully kindled interest amongst Chinese for Dubai Creek Harbour by dint of reasonable pricing and agreeable payment plans. Liddiard adds that the feature list includes the Creek Towner, shopping district, and nearness to the airport. These features blend the spectacular element in Dubai Creek community, which will benefit in the long stead. Riyaz Merchant’s viewpoint too supports that of Liddiard. Merchant is the Chief Operating Officer in Realty Force Estate Brokers and finds Chinese expressing interest in Dubai Creek Harbour. One manifestation of Chinese interest in this Emaar project is Chinese being the greatest investors here.

Besides, Merchant finds stable prices are helping MBR City in retaining its high place in the estate market. Hence, he advises buying here. Regarding Dubai Hills, Merchant sees growth potential. The Realty Force Estate Brokers finds the opening of the mall will bolster the value of Dubai Hills. Merchant finds estate market rather saturated in Downtown. Therefore, the prices will have to await the end of 2022 to grow further.

The Future Of Crypto – What Does It Hold For Us?

The Biography About The Aspiring Singer And Songwriter “its92.”