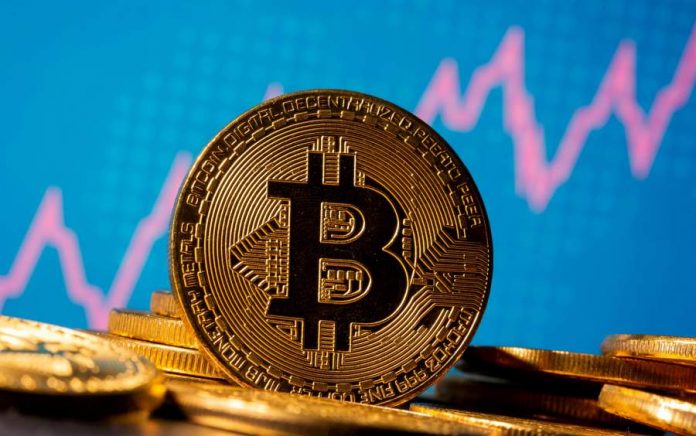 From a mere thought, Bitcoin became a global phenomenon, one that would rock the financial system. The cryptocurrency was created in 2009 by Satoshi Nakamoto. Each transaction is stored in a blockchain where the history of each unity and proof of ownership are displayed.

While fiat money is issued by the central bank of a country, Bitcoin isn’t issued by anyone. Also, purchasing Bitcoin isn’t the same as buying stocks or bonds as it isn’t a corporation. Hence, there are no forms or balance sheets to review. So, what then determines and influences its price? Let’s find out.

What determines the price of Bitcoin?

As earlier stated, Bitcoin isn’t issued by the government. Neither is it subject to any government policies or regulations; thus, monetary policies, economic growth indicators, and inflations rates that typically apply to fiat money do not apply to bitcoin.

However, cryptocurrency prices are influenced by the factors below:

Although Bitcoin remains the pioneer cryptocurrency, other digital currencies are seeking recognition. At the moment, Bitcoin dominates the market in terms of market capitalization but altcoins such as Ethereum, Tether, Binance Coin, Cardano, and Polkadot are already giving Bitcoin a run for its money.

Besides, there are initial coin offerings (IOCs) that are always on the horizon owing to minimal entry restrictions. The more cryptocurrencies there are in the market, the stiffer the competition and, consequently, the less the price. Luckily, Bitcoin has the edge over its competitors due to its high visibility.

Nations can partially control how much of their currency is in circulation. However, these are usually nations with irregular foreign exchange rates. They do so by changing the reserve needs, manipulating discount rates, or involving open market operations. All of these make it possible for the Central bank of any country to affect the exchange rate of their nation’s currency.

For bitcoin, two factors impact its supply. First, new bitcoins are made at a fixed rate using the Bitcoin protocol. These new currencies are then pushed into the market. However, this is done only when miners process lots of transactions at once. Over time, these new Bitcoins do not reach the market on time.

Such a reduction in the ability to buy bitcoin cash can cause the demand to rise faster than the supply, thus shooting up the price of the digital currency. The slow circulation rate in the cryptocurrency market is usually due to the slash in block rewards given to miners and is an artificial means of inflating the blockchain system.

The second way by which supply is impacted is in the number of Bitcoins allowed to operate. Generally, only 21 million Bitcoins are allowed to exist, and once this number is attained, Bitcoin miners stop producing further. For instance, in December 2020, the supply of Bitcoin rose to 18.587 billion, which means 88.5% of Bitcoins were supplied.

Bitcoin price after it hits the market depends on the practicality (whether or not it’s accepted as a legal tender) and its demand, and this, in turn, is determined by other competing altcoins.

Although Bitcoin is a virtual currency, resources are still used in its production. There’s the cost of electricity, which is a major factor. The process called Bitcoin mining depends on technical cryptographic math problems that miners are always in a race to solve. The first miner to get the solution right is then gifted with a block of new Bitcoins, and any transaction fee accruing from the last found block is also given to the miner.

But unlike other manufactured goods, only one block of Bitcoin can be discovered every ten minutes. This means when more miners join the system, it makes the math more difficult to solve, leading to more expense to meet up with the ten-minute cut-off.

With the rise in popularity of cryptocurrency and the realization that it’s here to stay, there have been more vocal discussions on its regulations—but therein lies the problem. While the U.S CFTC classes bitcoin as a commodity, SEC classifies it as securities.

This lack of synergy between relevant bodies has created a lot of speculations and uncertainties as people are reluctant to invest in bitcoin even as market capitalization continues to rise.

Prospects Of Cryptocurrency In Gambling

From Design to Final Build: How a Prefab ADU Saves Time and Money

Siren Season 4 Release Date, and Other Updates From Official Sources