Amanda Cerny is a famous YouTube star, fitness professional, and television actress, and she is much popular for her vines and comedy sketches that she posts on her YouTube channel. She used to post unique comedy videos through which she gained great popularity among people. Now, she has almost 2.6 million subscribers for her channel on YouTube. Recently she was spotted in a video of Cardi B, “I Like It,” along with J Balvin and Bad Bunny, and they all featured, which made it popular on 12th June 2018. Her popularity again reached a peak because of which she has around 22.8 million followers on her Instagram account. 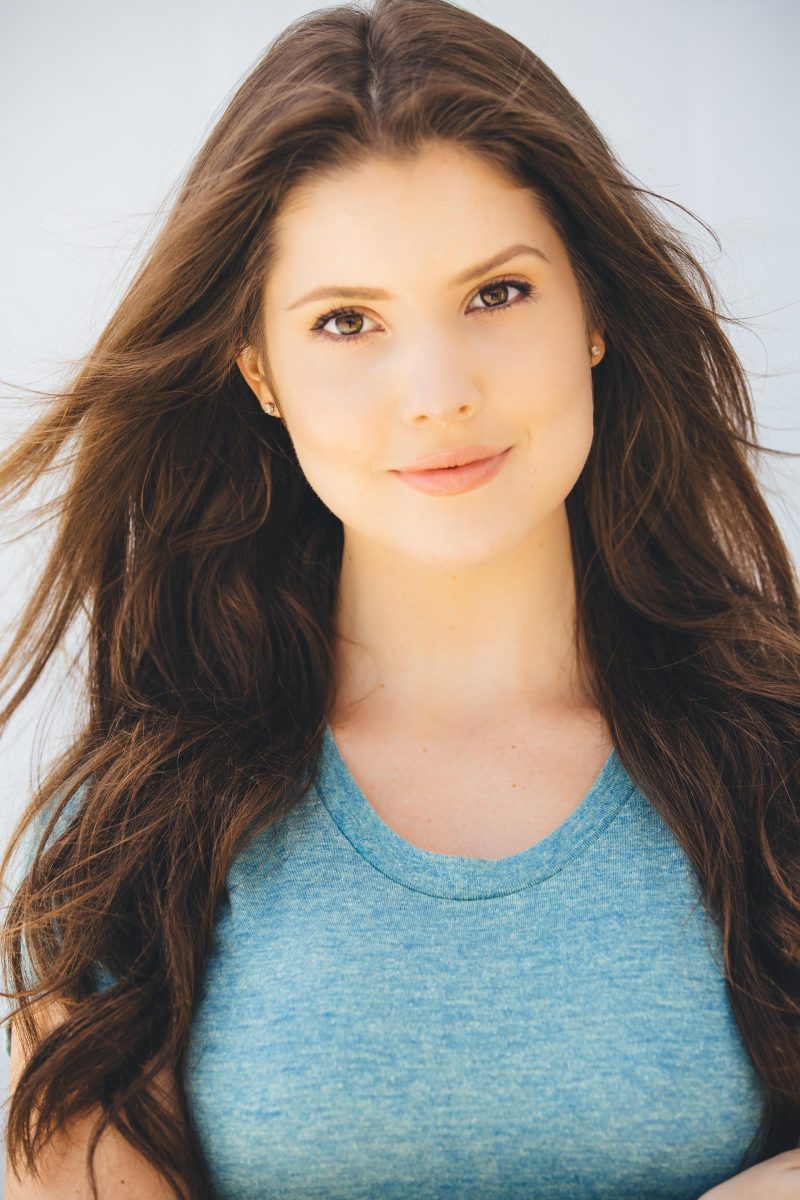 Amanda Cerny was born on 26th June 1991 in Pittsburgh, Pennsylvania. She belongs to American nationality and about her parents, she didn’t reveal to the public. But she has two siblings, one brother named Nick Bateman and one sister named Samantha Cerny. She has completed her degree from Florida State University. She later moved to Los Angeles to concentrate on her career. Her zodiac sign is Cancer.

As she looks pretty and beautiful, Amanda was linked with many celebrities. In the year 2011, Amanda dated Dane Cook, who was well-known as a comedian in the Hollywood industry. She didn’t continue her relationship with him as she moved with Keegan Allen in 2015, followed by King Batch in 2016. One more rumor about this pretty girl is that she was dating the pop singer, Justin Bieber. Though the media reported this news, it didn’t last long, when people understand she is dating a YouTuber and vlogger, Logan Paul. Again this relationship didn’t work out well, due to which she started to date Johannes Bartl in September 2018. Johannes Bartl is the person blogging with Amanda on her YouTube channel. This was proved when he posted his picture with Amanda to wish for her birthday. Currently, Amanda is maintaining her relationship with Johannes.

Meet Violet ! Coming to a Netflix near you ! ???? pic.twitter.com/8AktGrHFAh

Amanda is a popular YouTube star with more than 35 million followers across YouTube, Instagram, and Facebook platforms. With this, she has become one of the top 5 most-viewed Instagram accounts in the world. Before entering into the social platforms, she has acted as an actress in traditional media by having partnerships with several firms such as Lakeshore, Millennial Films, Universal, NBC, Paramount, and Comedy Central, etc. For more than 3000 comedic skits, she is the director, producer, and she also wrote the story. In such comedic skits, she used stunning music done by top chart musicians, actors, and popular, influential personalities in them, as a result of which each of them gained millions of views.

What’s your biggest pet peeve?! New @ohoneydiary episode with the beautiful @lianev ! Check out @ohoneydiary and give @sommerray and I some 5 star reviews ❤️?

Amanda was a model before she directed such comedic skits. She is also a fitness guru and philanthropist. She is the founder and entrepreneur of ZEUS, which is a new video-on-demand service that was released in 2018. The pretty lady has also done partnership with popular brands such as Marc Jacobs, Nike, Beats by Dre, Ubisoft, now Guess, and Universal. To all of them, she partnered as their Spring 2018 campaign model. 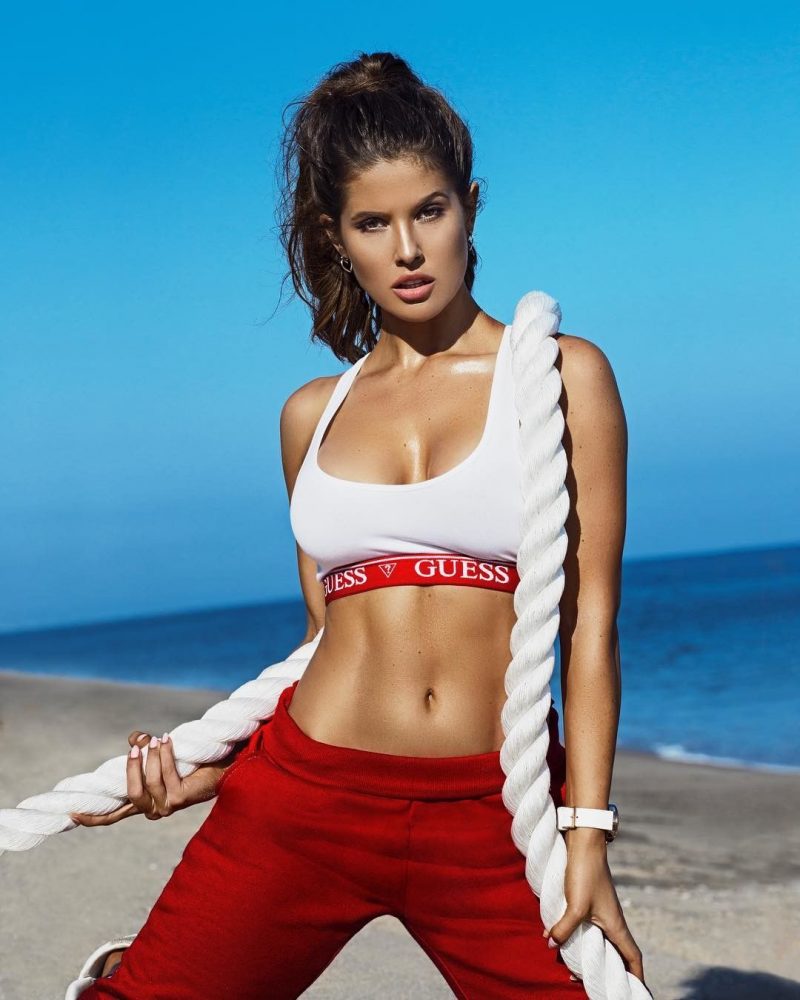 Amanda has huge followers over social media platforms such as Vine, Facebook, Twitter, and Instagram. She delivered the best act in Comedy Central, “Adam Devine’s House Party”. Before working in this comedy, she shot the “Internet Famous” for her partnership with Lakeshore Entertainment. One can see her stunning look in some of the music videos of Eli Roth, DJ Chukie, and Dillon Francis. To support her partners, she has also done campaigns for Esquire, Comedy Central, Forbes 30 under 30, Paramount Pictures, and Twentieth Century Fox.

In addition to being a popular social media star, she is former Playboy Playmate of the month in 2011. She is also a cover model for the magazine, Health & Wellness. She gained much popularity when she started to post Health & Wellness videos on her YouTube channel named MissAmandaCerny & Vine. But she didn’t post any interesting videos on Vine from 2016, and the reason is that her service was shut down in vine. For her vine account, she has more than 4.6 million followers. She entered YouTube on 9th October 2011 and she began her career on YouTube by posting unique comedic videos that were full of fun. Thus, she gained popularity on YouTube. To increase her popularity, she started to post videos on her other social media platforms such as Facebook, Instagram, and Twitter. Finally, she became a star with her fans’ support.

Amanda is a daredevil as she likes thrill adventures and games. On her 18th birthday, she made a record by free-falling out of an airplane at 120 mph. She also has her interests in bungee jumping and white water rafting. At the age of 11, she won a first-degree black belt in Karate. She also used to participate in different extracurricular activities voluntarily. This is a great example of developing a good career.

Amanda Cerny’s height is 5 feet 7 inches, and coming to her weight, she weighs 59kg. Amanda’s eyes are attractive, and they are dark brown. Her hair color is also dark brown. She is a fitness freak, and maintaining her body shape to be perfect. Her body structure measures 35-25-36 inches. She is maintaining a healthy and attractive body figure, and it helps her to attract much of her fans. 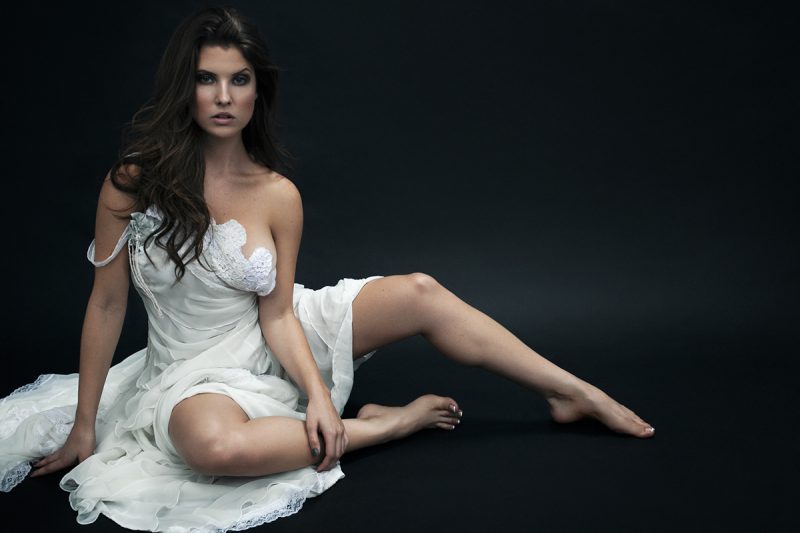 Amanda, a popular model, has earned a huge net worth of $8 Million dollars. She earned such an amount after acting in TV shows like Dead House, The Deleted, and Shane & Friends, etc. Apart from TV shows, she is also a part of more than 211 movies in which one with the biggest Hollywood star, Nicolas Cage.

With her great passion for acting and modeling from childhood, she succeeded in it all by gaining great popularity. This shows that Amanda has a well-developed career, and she is an all-rounder as an actress, model, fitness freak, philanthropist, and social media star, etc. Thus, she becomes an inspiring star and role model for many others who want to develop a great career in acting & modeling.

How to Stage a Home for Sale: The Ultimate Seller’s Guide

8 Best Superfoods That You Should Incorporate into Your Diet