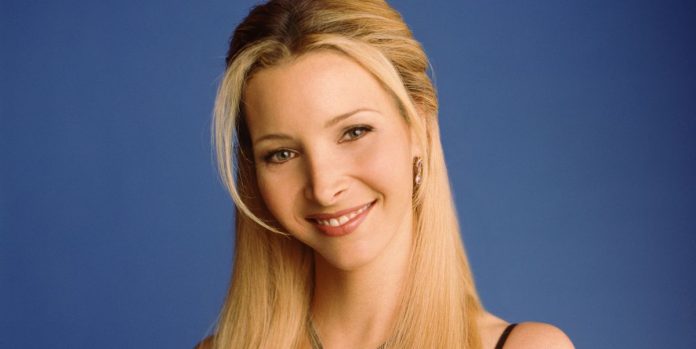 Lisa Kudrow is an American actress, much popular for her role as ‘Phoebe Buffay‘ in the television sitcom series ‘Friends’. She has won many awards and done achievements in her career. She is also a producer and writer. Let us discuss her biography in detail here.

Lisa’s born name is Lisa Valerie Kudrow. She was born on July 30 1963. Her birthplace is Encino, California. Her mother’s name is Nedra and her father’s name is Dr Lee N. Kudrow. In her early days, Nedra worked as a travel agent. Coming to her father, he was a physician in curing headaches. Lisa has three siblings, such as one sister and two brothers. Lisa is the youngest of three children. Her sister’s name is Helene Marla Kudrow. Her brother’s name is Derrick Kudrow and David B. Kudrow. Her zodiac sign is Leo. She has completed her 55 years of age now.

Lisa was elevated to some good position in a middle-class Jewish family. Lisa did her schooling in Portola Middle School. This school is in Tarzana, California. She then moved on to another school named Taft High School, located in Woodland Hills, Los Angeles. She was a good scoring student and also showed her interest in sports. She excelled a lot in playing tennis tournaments at her school.

Her role model is her father, and she wanted to follow her father’s footsteps. She graduated from Vassar degree where she pursued her Bachelor of Science degree in Biology. She has chosen this group to do some research on the cause of headaches. This shows her interest in her father’s work. While she was doing her research, her brother’s friend Jon Lovitz encouraged her to try acting. This was the point where she made a change to her career.

On May 27 1995, Lisa married a French advertising executive, namely, Michel Stern. With a good relationship between them, the couple got a son named Julian Murray Stern. He was born on May 7, 1998.

Lisa was interested in her father’s profession of researching the causes of headaches. But later on, her brother’s childhood friend encouraged her in acting. Lisa started to attend improv classes, and later, she joined one comedy group. It was the Los Angeles improv comedy group named The Groundlings. She also got a new friend, Conan O’Brien. She also had an affair with Conan O’Brien. But she refused this rumour and continued her job.

She also got an opportunity to show her acting skills in other improv groups. Then, she started to attend many auditions to enter the T.V. industry. She got a chance to act in three episodes in the popular comedy series ‘Bob’. In 1994, Lisa received great popularity when she did the role of ‘Phoebe’ in ‘Friends’. She got many awards and accolades for doing this character. Soon after her part in Friends, she started to get many offers in films. Initially, she was getting minor roles in movies but later on started doing substantial roles

Lisa acted in many movies, and some of them are Clockwatchers, Romy and Michele’s High School Reunion, The Opposite of Sex, and Analyze This. All these movies were released in the late 1990s. In 2002, she also did an amazing performance in the movie ‘Analyze That’ as ‘Laura Sobel’. This movie was released as the sequel to ‘Analyze This’ movie. The film also starred other crew members like Billy Crystal and Robert De Niro in major roles of Ben Sobel and Paul Vitti respectively.

She continued to act in many movies such as El Americano: The Movie, Neighbors, Table 19, etc. In 2016, she acted in two movies such as The Girl on the Train and Neighbors 2: Sorority Rising.

Lisa is also a popular voice actress. She has given her voice for the role of ‘Mrs. Templeton‘ in an animated movie. It was a comedy film named ‘The Boss Baby’ released in 2017. In 2018, she also voiced a role ‘Ozma‘ in the movie ‘Lovesick Fool – Love in the Age of Like’.

In 2019, she acted in movies namely ‘Long Shot‘ and ‘Booksmart‘ where she played the supporting roles. In the same year, she voiced for an animated T.V. series named ‘Human Discoveries’.

Lisa won the top award’ Primetime Emmy Award’ for her debut role in ‘Friends’. She also won other awards such as the New York Film Critics Circle Award, Gracie Award, Webby Award, etc. One can’t forget her outstanding role in The Comeback, an HBO series, for which she won the Gracie Award.

Lisa maintains a slim body figure in her 55 years of age. Her height is 5 feet 8 inches, and her weight is 62 Kg. Coming to her body size; it is 36-26-35. She has light green eyes. Her hair looks natural brown.

With her hard work and dedication as an actress, writer, producer, voice actress, etc. she earned a good income. Lisa Kudrow estimated net worth is $ 70 million as of June 2020. Lisa’s name is in the Guinness Book of World Records, as she was one of the highest-paid actresses. She earned 1 million USD for acting in one episode of the web series.

How House Cleaning Routine Will Change Your Life

Pursue MHA from One of the Leading Colleges in India

DesignEvo Review: How to Design a Café Logo Online

Top 5 Singapore Hotels You Must be Visit