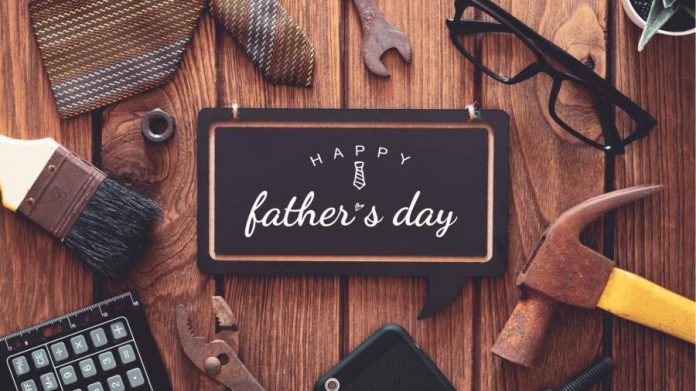 Father’s day is a special day to celebrate and honor fatherhood. The role of a father is immensely important for a child, and for a man himself. It is fatherhood that adds the brightest feather to a man’s cap. Though every day is a father’s day since a child is born.

A responsible father does his part each day to bring up his children well. He deserves a celebration for the role. Keeping this in mind, people started celebrating Father’s day to pay tribute and make the dads feel special. Cherishing a relation through celebration nurture the bonding between fathers and children.

The custom of celebrating Father’s Day started long ago in middle age. From time to time, the way of celebration changed but the significance remained the same.

Celebration across the globe:-

In India, father’s day is celebrated on the 3rd Sunday of the month of June. In 2021, it is on 20th June. Different countries celebrate the day on different dates. Spain, Italy, Portugal, Bolivia, Lichtenstein, and Honduras celebrate the day on 19th March, South Korea on 8th March, Iran on 14th March. When it comes to celebration.

That also has variety. There are children who enjoy the day by arranging a lavish party for their fathers. Then there are offsprings who keep it simple with a minimal arrangement of cake cutting and having a nice family dinner. There is a thanksgiving gesture behind the arrangements anyways.

After all the man who tirelessly works to make his family smile deserves appreciation for his effort. Maintaining job responsibilities, shouldering family responsibilities is not easy. Father’s day recognizes the silent sacrifices and efforts that the fathers make to ensure comfort for their children.

The history behind the Father’s Day:-

However, father’s day was not just suddenly brought into the picture. This particular day has its own history and significance that we should be aware of. The concept of treating fathers special on a certain day was there since middle age but it was officially started being celebrated on 19th June in the year 1910 in Washington, America. Since 1972 father’s day has been counted as a national holiday.

The history of father’s day starts with a woman Sonora Dodd. The idea of father’s day came to her mind while listening to a mother’s day sermon at a church. She felt while mothers are getting acclaim for their role, fathers deserve the same. Sonora’s dad was a veteran of the civil war who lost his wife during the birth of their 6th child.

He brought the children up by himself at a small farm of Washington. Sonora felt the urge to pay homage to her father who single-handedly raises her and her siblings well. Initially, she suggested 5th June to be father’s day which was William Smart’s death anniversary. It later was finalized on the 3rd Sunday of June every month.

According to another belief It was July 5 1908 in Virginia when Grace Golden Clayton suggested the head of the local Methodist church hold a service to celebrate father’s day after some 360 people died in a horrible mine explosion.

American president Calvin recommended making the day a national holiday. No official action was taken in his time through till 1966. Through executive order, Lydon Johnson designated the 3rd Sunday of June to be celebrated as Father’s day. It officially came to action during the Administration of Nixon in 1972.

Arranging some decoration, food art, gifts are small ways to pay tribute to the amazing person of our life. A handmade cloth, cake, piece of art by his young ones would be amazing for him. A good book, an iPod, Perfumes will also do well if you do not have time to make something with your own hand. This father’s day do something to make your father glad and make memories to cherish forever.

What is Shia LaBeouf Net Worth 2020 Movie, Kids, parents

How to Increase Your Employee Retention Rate

5 Things to Understand Before Texting to Enhance Internal Communications