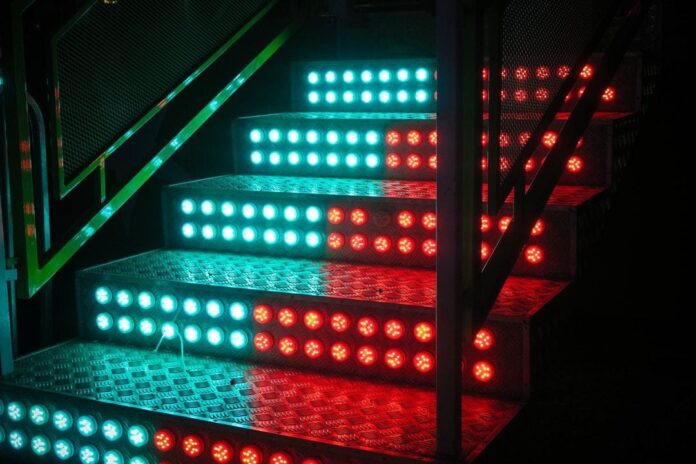 Can you imagine life without it?! We’d still be living our nights by candlelight, walking dark and scary city streets, and relying on the sun to light our homes.

Thankfully, though, Thomas Edison invented the light bulb in 1879 and we haven’t looked back! But we’ve come a long way in the century and a half since Edison’s revolutionary invention.

There are now more ways than one to light our homes artificially. Moreover, there’s no denying that traditional halogen bulbs leave something to be desired.

In today’s world, the benefits of LED lighting make them a far superior lighting option. With a somewhat heftier price tag, though, many people are hesitant to make the change in their homes.

Are you considering the switch to LEDs and want to know whether they’re worth it? Let us help!

Keep reading to discover 7 of the undoubted advantages of LED lights.

A major problem with ordinary bulbs is their short lifespan.

In other words, they don’t do their job for long! You need a constant supply of back-up bulbs in the house to replace the ones that blow.

The brevity of a traditional bulbs’ useful life is usually to do with its filament, which gets weaker with time and usage until the bulb eventually blows. It’s an entirely different story with LEDs though.

Thanks to their novel method of light production, these bulbs last thousands of hours longer than halogen or incandescent alternatives. They cost more upfront but last far longer, which saves you money (on replacements) in the long run.

Now, that has a host of benefits that we’ll discuss in further detail in the coming points. Yet one of the primary knock-on advantages is to the environment.

LED bulbs are greener than others in a variety of ways. The fact they last longer is the perfect example. A longer lifespan means fewer replacements, which equates to less physical waste.

But it’s their superior energy-efficiency that’s the real kicker. Much of the energy used by traditional bulbs is wasted in heat production. LEDs, by comparison, turn almost all of their energy into light, with far less going to waste.

And that’s good news as far as the environment’s concerned!

That newfound energy-efficiency has financial benefits as well.

Basically, you’ll see the difference in your utility bills each month. With less energy being spent producing light, you spend less cash in the process!

The opposite’s true for classic lightbulbs, which waste energy through heat production. Using them throughout your house is literally like throwing money down the drain. You can get the same level of light from LEDs at less of a financial cost.

Add to that the longer lifespan and ensuing reduction in replacements, and you can see how cost-effective LEDs can be.

As we just noted, halogen and incandescent bulbs create lots of heat when they’re being used.

You’ll know that all too well if you’ve ever tried to remove one too early! They can be scalding hot to touch and burn your fingers in the process.

That heat has ramifications elsewhere as well. Put them too close to precious possessions such as photographs/artwork, for instance, and they can cause premature fading and discoloration to occur.

LEDs suffer no such problems. Their high level of energy-efficiency means they remain cool- no matter how long they’re in use. You can touch them without fear of burns and place them next to your possessions without fear of aesthetic damage.

LEDs are durable, hardy bulbs too.

Unlike traditional alternatives, they can function in extreme temperatures and cope with relatively rough treatment. That makes them highly versatile bulbs, better-suited to rigorous lighting roles (such as outdoor lighting) than those with fragile filaments.

As you can imagine, the durability of LEDs feeds into their longer lifespan too. They’re simply less likely to break if you handle them with a bit of force.

LEDs are versatile as well.

Unlike their traditional halogen/incandescent counterparts, they can be designed and manufactured in almost any style. You can play around with everything from their brightness and color, to the way they dispense light itself.

That makes them an ideal lighting solution no matter the need. You can use them to create relaxing mood lights for sultry evenings in, a bright white LED warehouse light to see by, or to cast a clear, pure beam of light for medical scenarios.

In other words, there’s no limit to where, when, and how you can use LED bulbs.

There’s nothing more frustrating than having to wait for a light to fully illuminate.

You know what it’s like! You flick the switch to see better, only to be met by a dismal display of low lighting. It’s only minutes later that they heat up enough to emit the light you needed from the outset.

This speaks to another of the advantages of LED lighting.

These modern lighting solutions emit light instantaneously. Remember, they’re efficient little things! And, like anything efficient, they do their job properly- functioning at almost ‘full beam’ from the off.

Even better, you can turn them off and on incessantly without a) impacting their performance and b) breaking them!

Enjoy the Benefits of LED Lighting

Any electric lighting is better than nothing. After all, it makes our lives easier in a hundred different ways! Even so, there’s no denying that not all artificial lighting is made equal.

Hopefully, the benefits of LED lighting that we’ve discussed in this post have demonstrated exactly that. Keep them in mind the next time you’re thinking of replacing the bulbs in your home! In terms of cost-effectiveness, energy-efficiency, durability, and versatility, LEDs won’t let you down.

13 Reasons Why You Need a Property Manager

How To Find The Best Nokia Smartphones In The USA