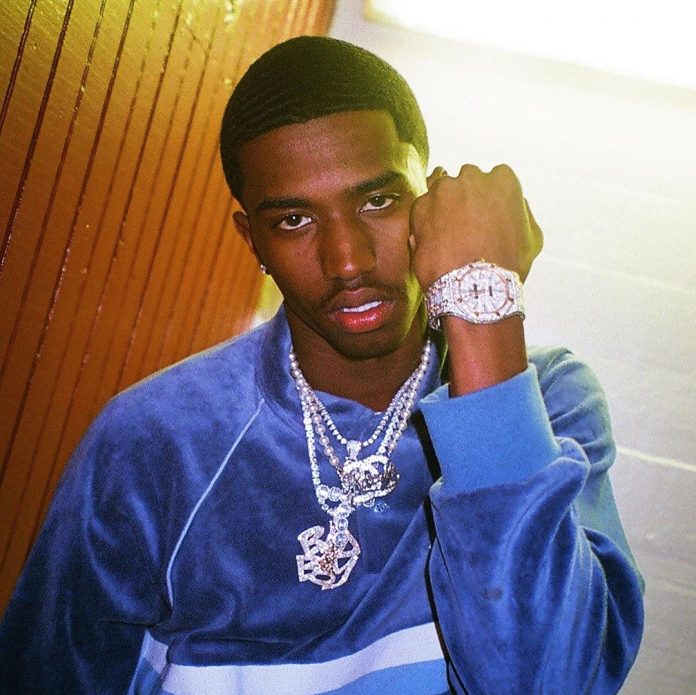 Christian Combs is a popular rapper and model in the United States of America. He is recognized well with his stage name King Combs. The 22 years old rapper is also a social media star from Los Angeles, California, USA.

He was the eldest son of the couple; they also had twin daughters named D’Lila Star and Jessie James. The twin sisters of Christian were born on 21st December 2006. The rapper also has a half-sister named Chance Combs. Chance is the daughter of Sean and Sarah Chapman. And two elder Half-brothers called Quincy Brown and Justin Dior Combs.

Kimberly Porter, mother of King Combs died recently of the acute condition of Pneumonia. She passed away at the age of 47 years in Los Angeles, California on 15th November 2018. His father Dibby Combs is also a legendary rapper like Christian. Dibby combs had won Grammy Awards for three times for his work.

As far as his education is concerned, it is believed that he has completed high school education and went on to college for under-graduate. The details of the course and name of the school and college are unknown. But it is known that the rapper has been dating Breah Hicks from high school.

At a very young the rapper has established a successful career. He started modelling, singing and rapping in his teens. In the year 2017, he released his music on large scale with his single titled “Type Different”. Later on, he went on to launch a mix-tape and collaboration song along with Chris Brown called “Love You Better”.

In the same year 2017, he releases two more singles off his titled – Fuck the summer up and Feeling savage. At just 20 years old he has been able to achieve a lot, for releasing singles, mixtape to collaboration. He is also extremely popular on Instagram with over 1.6 Million followers. He has also signed an independent label of his father – Bad Boy entertainment in 2016. His hard work and determination have provided him with a ton of opportunities.

The height of the rapper is 5 feet 9 inches, standing tall and handsome he has been able to model for some of the best brands in the country. He became the face of D&G’s spring 2018 ad Campaign. He also opened Dolce & Gabbana’s shoe at men’s fashion week in Milan on 13th Jan 2018.

On the other hand, is the son of famous rapper Sean he was not new to the industry. He is also a good friend of Swae Lee and they are soon planning to collaborate. The rapper has also performed at a number of major events like Rolling Loud Music Festival in California, Complex Con, Spotify’s Dipset and Revolt’s music conference.

Net Worth of Christian Combs

The net worth of the rapper, singer and model are estimated to be 4 Million dollars as of 2018. He earned much of income through modelling, rapping and being part of some of the major events.

It is can be said that the rapper is a hardworking individual with a successful career. The multi-talented rapper being the son of a famous father is living up to his reputation.

How Can A Personal Loan Help You Plan A 5-star Wedding?

Why You Need to Buy Commercial Auto Insurance Online