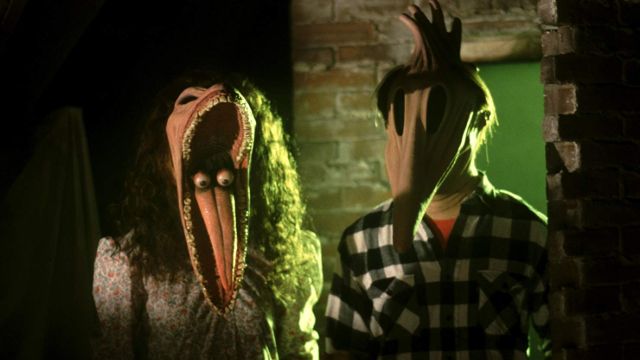 If you are waiting for a purified version of this news, then it is time for you to move away. Keeping everything kid-friendly has a commercial as well as political reason. However, giving a piece of the movie the label of PG-13 as a badge of honor has come as a shock for many.

It is as if Marvel cinematic universe continues to embrace its innocence. While it is true that the marvel universe tries to address many dark issues easily so that even a child can understand makes it light-hearted. However, the recent installation in the MCU, The Eternals has set the path differently.

The first buzz that the MCU created was when they dropped Deadpool. And boy did we enjoy it? But that “F#*#”, ” S#*#” and, how can we even forget about the violence was too much for the little audience. Hence, they had to restrict such visual presentation and make it friendly.

When it comes to setting trends, Marvel has rocked the market with nothing but its platonic and philosophical desires. It didn’t focus on bodily pleasure. But the coldness, loveless recent installation baffled many. Because with the release of The Eternals, the concept of innocent wants has gone.

The Eternals Will Mark The History In The Franchise:

It is difficult for many concerned parents, and to some extent the fans imagine the heroes of Marvel going all the way. The fact that they have a love interest is baffling as well. However, many came to know that the MPAA rating description for The Eternals includes the phrase, “brief sexuality.”

Many are thinking, brief sexuality exists in marvel movies? Have they finally portrayed the sexual desires of the heroes? Well, that is what appears to be the case for The Eternal. The authority has rated the movie PG-13 for “fantasy violence and action, some language and brief sexuality.”

The film is already noteworthy because it exhibits the love triangle between Sersi, Ikarus, and Dane Whitman. Rather than just focusing on “how to save the planet?” They are also bringing in the much-needed human emotion, love, in the scene. It includes romances. Hence, this will be MCU’s most emotionally mature film yet.

Showcasing a whole spectrum of human behavior enhances the chance of the audience connecting to them. No one is really up for the shameful sexual tryst. What one desires is the humane depiction of emotion.

It Adds The Development One Needs:

If we look back at the thorough history of MCU, we can see that the trend becomes very clear. The MPAA ratings for 2008’s “Iron Man” and “The Incredible Hulk” also received “brief suggestive content.” It is because both the heroes enjoyed their little me time with a person, IN THEIR BED.

These scenes only provided the characters a sense of depth. It even justifies their personality. In other words, that portrayal of intimacy is a window to understanding their character. So, if you think that sex does not add to the character of the heroes, then you are wrong.

Since then, MCU has been nothing but a dry barren of “sci-fi action violence.” To some extent, “some language,” and, daringly, “brief suggestive comments,” were there too. Although to spice it up, they gave us Blanchett’s goth look, the bromance between Steve and Bucky. Who can forget the sweet little love between Wanda Vision? However, The Eternal is trying to break the barriers.

Hopefully, The Eternal will be a new piece where the dry barren will show more than just action. It needs to beyond and above to show some passion, and humane.

Must Read : Richard Ramirez Teeth: The Element That Led To His Capture

Some Bollywood Stars Whose Industry Godfather is their Father

Why Use Custom Promotional Products?