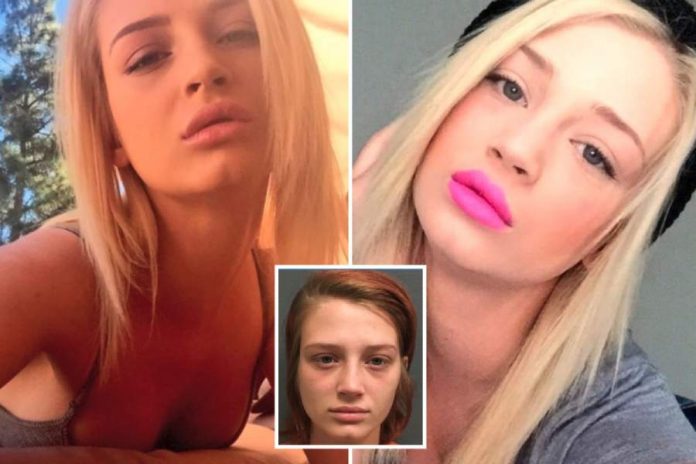 Aubrey Gold is an American-based pornographic actress. We may know her as Aubrey, but her real name is Lauren Wambles. Currently, the authority holds her under the charges of murder of Raul Guillen in Florida.

Moreover, she is serving in jail since 2020. The Holmes County Sheriff’s Office in Florida announced on August 26 that they arrested Wambles alongside Jeremie Odell Peters and William Shane Parker. Before we shed light on the murder part, let’s see how she lived her life.

Aubrey Gold or Lauren Wambles was born in 1997, on March 12th in Alabama. About her education, there is not much available. As she has covered the personal details about her. However, a source close to her has revealed that the high school expelled her. However, it was in 2015, she started her journey as an adult star. According to IMDB, she has up to 61 credits under her name.

Although we do not know about her education, we know a little about her mother. Her mother was a stripper. Moreover, she got her name “Aubrey” from her mother’s stage name. However, there are close to no details available about her father or siblings. So we do not know for sure whether she has siblings or not. As of now, she is 24 years old.

During the interview, she said that she prefers older men more. Only one year after her debut in the industry, Wambles tweeted her retirement from the adult industry in 2016. The reason behind her retirement was speculated to be a contract dispute with agent Sheelagh Blumberg.

The authorities have arrested Wambles alongside Jeremie Odell Peters and William Shane Parker for Guillen’s death. The authority has charged them with the murder and corpse abuse of 51-year-old Raul Guillen.

The police found the crumpled body of the man in Holmes county. The report stated that the last time people spotted Guillen was on the fourth of July in Dothan. Parker shot Guillen at Peter’s home in early July. Moreover, the police found the body a short distance away.

The police arrested Wambles alongside Jeremie Peters and William Shane Parker. Along with that, they have also charged Wambles with the failure to appear on charges of reviving stolen property in July. According to a source, the police have arrested Aubrey Gold at least six times six times since 2018.

When it comes to her net worth, the sources closed to her have revealed that it was close to 180,000 USD. With more than 65 credits on her name, it is apparent that she had a high estimated net worth. However, now the police have arrested her for the murder charges. So, we don’t know what the future may hold for her.

Change the Look of The Kitchen with Budget Kitchen Splashbacks

How Much to Hire a Painter: What You Need to Know