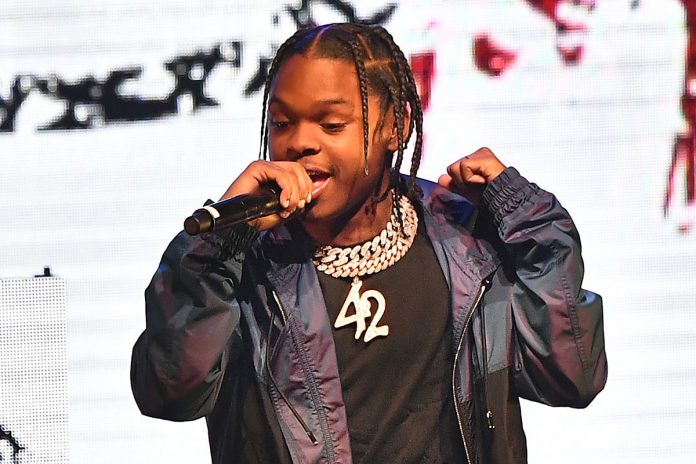 Dion Marques Hayes, also known by his stage name as 42 Dugg, is an American rapper born in Detroit, Michigan, United States. Hayes is known for his blockbuster song “We Paid” and “Grace” which was sung by him in collaboration with Lil Baby.

42 Dugg has also collaborated with Yo Gotti under Empire Distributions label and has produced songs that have hit the Billboard Hot 100 as Top 10 musical composition. Dugg is not only a rapper but also songwriter and musical artist.

Born on November 25, 1994 in Detroit, Dugg has attended Legacy Christian Academy in 2018 getting a graduation from the college. Dugg has debuted as musical artist in 2018 with his extended play titled “11241 Wayburn”.

Dugg released back-to-back two music play in two months in 2018 known as “11241 Wayburn part 2”. Both of the extended play was released under the banner Circle entertainment.

Dugg has also gained a public limelight and traction after releasing “STFU” and “The Streets” and also after meeting Lil Baby in a street monopoly game. The two have collaborated together to produce many other music.

42 Dugg has signed up with Yo Gotti’s CMG and Lil Baby’s 4PF in order to produce music plays. He also released a song known as Grace in collaboration with Lil Baby which received national attention making his song a hit and also featuring in Billboard Hot 100 list at 48th rank.

Another song sung by him, known as “We Paid” was released in May 2020 gained him much fame when it featured in top 10 of Billboard Hot 100. This song was also in collaboration with Lil Baby.

This also led him in advancing his other musical mixtapes known as “Young & Turnt 2” that reached the rank of 58 in Billboard Hot 200 list of music.

Advancing his musical career to a new height, Dugg collaborated with many other known names in the industry like Marshmello, Meek Mill, Lil Keed, Murato, Tony Lanez, Kaash Paige, Big Sean, Black Youngsta and others.

Dugg uses a whistle as noted signature sound that officially kick starts his every song. He also employs slurred vocal style accompanied by autotune into his music songs. One can see this in almost all his compositions.

Dugg was involved in legal issues related to gun charges. He was arrested in March 2020 on federal gun charges but was released within a week. In June 2020, Dugg broke a traffic signal and ran away in his rented SUV.

He remained untraceable for two months and was later detained only to be released after signing a $20000 bond along with a GPS tracker to be worn as a condition for bail. Legally, if he gets convicted then he will face 5-year jail term along with $1000 fine. His license will also be suspended for a year.

Given the general height of a person with African American ethnicity, Dugg’s height is quite short even in comparison to an average human height. His height as measured is 5’1’ feet and he weight around 55 kg.

Dugg, nevertheless has maintained a good physique with regular body training making him look fit and physically attractive. His ethnicity is Afro-American and he is a Christian by religion with Sagittarius as zodiac sign.

He identifies himself as straight with a body measurement of 38-28-35 and a bicep measurement of 12.5 inches. Both his eyes and hairs are dark brown in color and a school dropout.

Fanning the Flames: Steps to Becoming a Firefighter

What Things To Consider Before You Pick A Fruit Hamper?