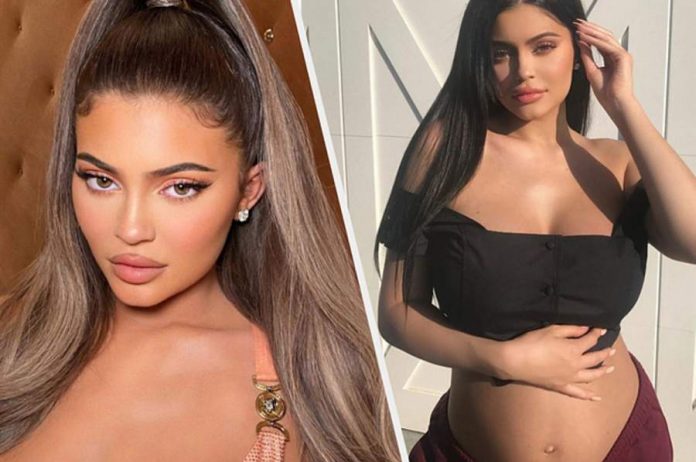 Call it borrowing or stealing the styling sense, we think that Kim Kardashian influenced Kylie Jenner. Recently Kylie Jenner has pulled off a Kim Kardashian as she dresses exactly like her sis did when she was pregnant with her son Saint.

One might think that the sisters are sharing tips on how to dress the best during maternity, but one cannot deny the sheer adorableness. It has been just a few days since Jenner took to Instagram and shared the news of her pregnancy. But we can see how she is doing everything she has wanted to do since her first pregnancy.

Jenner’s first pregnancy was a hush-hush affair. She did not let the media know a whiff about her first pregnancy until she had given birth. However, this time, it is different. Through a video on Instagram, she broke the news of her pregnancy to her fans. The video arrested the couple taking a tour to the doctor’s office for ultrasonography.

Not only that, but the video also captured Jenner sharing the news with Kris Jenner. With Kris being elated at the news of her daughter’s pregnancy, the camera then turns to her granddaughter, Stormi. The video was heartwarming. It also showcased how Kylie wants to do things differently now.

Wardrobe That Will Influence The Maternity Clothing Line:

Apparently, Kim Kardashian took the mantle of rocking the baby bump wearing a black sheer dress. One can say that Kim influenced her. But one cannot deny how proudly and confidently Kylie is handling this second pregnancy. Starting with giving a look at her growing baby bump with a great outfit.

Earlier this week, she wore a bump-skimming white leather mini dress. She paired it with a coat combo. Moreover, she went all out on choosing her outfit for last night’s outfit as well. It is proof that she plans to throw away the traditional maternity dressing rules. The 24-year-old went out with an almost-bared body flaunting her baby bump.

The Look That Will Change The Face Of “Maternity Dressing Style”:

On Thursday she went to the New York Fashion Week in a sheer lace jumpsuit. Kylie Jenner dressed her baby bump in a sheer lace catsuit in New York City. With it, she did a pulled-up hair. The oversized black coat and the beautiful matching heels did a wonder on her body.

The fashion mogul’s dress had similar vibes to the ensemble of sister Kim Kardashian West. Many have noted that Kim had done this look when she was pregnant with her son, Saint. She rocked this look at the 2015 LACMA Film + Art Gala in Los Angeles.

Not only that, but Kylie Jenner continues to wear more daring outfits as well. She had done a crop top with an orange coat in September 2021, as well.

Measure Window Blinds for Enhancing the Beauty of your Home