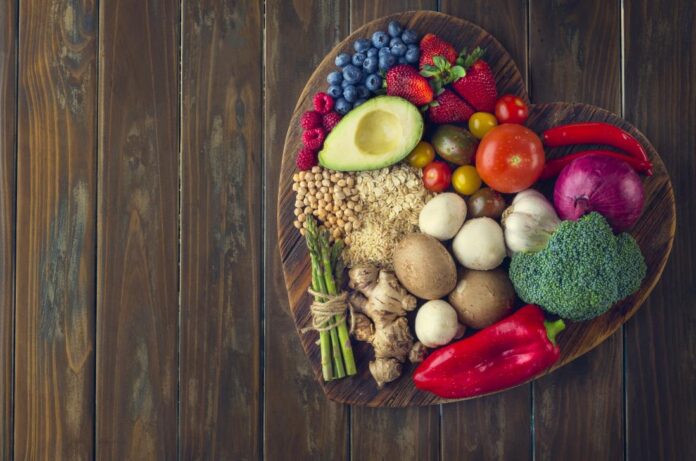 There is a misconception that it is difficult to get all your protein needs met as a vegan or vegetarian. This misconception is based on the belief that vegan and vegetarian diets do not contain all the proteins that the body needs.

Although not too popular, research has revealed that you can get all the proteins you need form a vegan or vegetarian diet. If you live a vegan lifestyle and must get all your protein needs met, you have to know the top plant-based vegan protein sources.

Below are some foods that contain huge amounts of protein ineach serving.

When cooked, seitan looks like meat. It is the major source of protein in wheat and has gluten as its major ingredient. Also known as wheat gluten or wheat meat, Seitan contains 25 grams of protein in every 3.5 ounces. Due to this, it is one of the richest plant sources of protein you can lay hands on.

Although rich in protein, that’s not all that seitan has to offer. It contains iron in small amounts and also contains selenium, phosphorus and calcium.

Seitan can be prepared in different ways. This way you do not have to deal with a monotonous taste or texture. You can prepare seitan by grilling, as well as by pan-frying it.

Although amajor source of plant-based protein, seitan is not suitable for people with gluten sensitivity and people with celiac disease.

Chickpeas alongside various beans varieties like pinto, and black, are rich in protein. Chickpeas, otherwise known as garbanzo beans contain 15 grams of or protein in each cooked 240 ml cup. That’s not all. They also contain iron, manganese, potassium, phosphorus, fiber, and complex carbs.

Each 240ml cooked cup of lentils contains 18 grams of protein. This makes it an amazing source of plant-based protein.

Lentils can be consumed in different ways. They can be used in hearty soups, and fresh salads. In addition to being rich in proteins, lentils also contain carbs in good amounts. This is in addition to containing a sizeable amount of fiber.

Beyond containing fiber, lentils contain a type of fiber that is beneficial to the good bacteria in the gut. This way, they play a major role in keeping your gut healthy. That’s not all. Lentils also help reduce the risk of being affected by diabetes and heart diseases.

Tofu, alongside edamame, and tempeh are all gotten from soyabeans. This is an attestation to the fact that they contain good amounts of protein. Beyond just containing a good amount of protein, they can give the body all its amino acid needs.

The method of preparing tofu is very similar to that of preparing cheese. It is made by pressing bean curds together. This involves cooking and the slight fermentation of soyabeans.

Tofu does not really have a taste of its own. It, however, takes the taste of the ingredients it was prepared with. This means you can always influence the taste of tofu each time you prepare it.

Spelt is an ancient grain. It contains gluten and provides the body with about 11 grams of protein when a 240 ml cup is cooked. Although it is not the only ancient grain that is rich in protein, it is one of the highest.

Beyond being a major source of protein, spelt is also rich in manganese, phosphorus, magnesium, iron, and complex carbs.

Nutritional yeast can be bought as yellow flakes or powder. It is gotten from a strain of Saccharomyces cerevisiae yeast that has been deactivated.

Contained in every 240 ml cooked cup of green peas is 9 grams of protein. This is in addition to providing the body with over 25% of its thiamine, vitamin A, C, K, manganese, folate, and fiber needs on a daily basis.

Hempseed has the cannabis sativa plant as its source. Although very closely related to marijuana, it does not contain THC in the same amount as marijuana.

Hempseed is not exactly a very popular seed. Nonetheless, it is rich in protein. It contains 10 grams of protein in each ounce. This makes its protein content higher than that of flaxseeds and chia seeds.

Apart from being rich in protein, hempseed contains selenium, zinc, calcium, iron, and magnesium. That’s not all. It also contains omega-6 and omega-3 fatty acids in the right ratio.

Spirulina is blue-green in color and contains 8 grams of protein in everytwo 30ml tablespoon. It is rich in nutrients and provides the body with potassium, riboflavin, magnesium, iron, manganese, and thiamin.

Beyond being a great source of protein, spirulina is connected to certain health benefits. Some of them are lower cholesterol levels, better blood sugar, lower blood pressure, and stronger immune systems.

From the name of this food, it is obvious that it is rich in protein. This milk is gotten from soybeans and isa worthy option that people not interested in taking cow milk should consider. Although popular as an amazing source of protein, there is more to soy milk. When taken regularly, you will also be providing your body with vitamin B12, calcium, and vitamin D.

Wild rice is not as frequently consumed as other rice varieties. It, however, contains more protein than these other rice varieties. A 240 ml cooked cup of wild rice provides the body with 7 grams of protein. It also releases B vitamins, phosphorus, copper, magnesium, manganese, and fiber into the body in the right amount.

Check out The Video Marketing Tips

How to Plan a Perfect Floral Themed Bridal Shower?