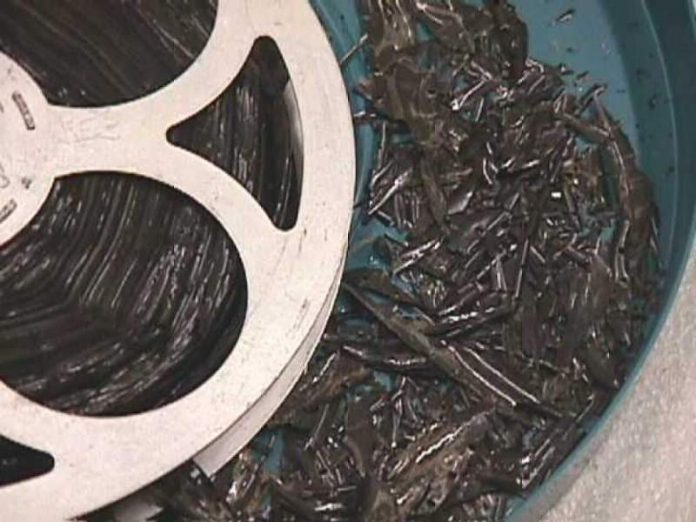 A lot of existing historical data is facing a threat, all thanks to Vinegar Syndrome. Vinegar syndrome occurs when you store acetate film in a warm, humid environment for an extended period. The cellulose acetate film subjected to the chemical degradation exhibits an overpowering distinct vinegar odor and taste. As degradation continues, the acid can proceed to damage the metal storage containers in addition to the film.

Vinegar syndrome is a significant problem facing cinematographic and photographic film or microfilm as the acetate film will produce acetic acid and destroy the stored data. Once your acetate film is affected by vinegar syndrome, the damage is irreversible. The best way to avoid this is keeping the film in cold and dry environments, which doesn’t protect the film forever. However, current guidelines suggest that well-stored film can last about 70 years before developing vinegar syndrome.

Vinegar syndrome occurs when the free acidity levels reach 0.5. Scientists have performed experiments on varying temperatures and humidity to assess its duration for a film to develop vinegar syndrome. The conducted experiments have helped in coming up with milder conditions to slow down the degradation process.

According to the conducted studies, the acid levels are relatively low in the early stages of degradation. However, the process speeds up as the acid’s chemical reaction rises in the closed metallic can. Another danger you might face if the vinegar syndrome affected film is not well stored is the acid fumes spreading to other films. The degree of damage may be severe if the vinegar syndrome is not contained.

There is a way to test for vinegar syndrome if you suspect your acetate film is affected. Testing involves using A-D strips, which are unique small strips of paper that change color to indicate the severity of the degradation.

The A-D strips can detect vinegar syndrome even before the vinegar odor is present. The strips are placed inside the film cans and left for a day under average room temperatures, and compare their color change to the color chart displaying the stages of degradation. The A-D strips are available in the market. If in need, try The Image Permanence Institute.

The main problem with vinegar syndrome is once the degradation process starts, it cannot be stopped or reversed. The acid reacts with the dyes in color films, causing them to fade, which affects the quality of the images. Keep in mind that the acid is water-soluble, meaning it will form acidic solutions anywhere there is moisture, like your nose, eyes, mouth, throat, and lungs. Here are some tips you can use when handling vinegar syndrome material:

How to Stop the Degradation Process?

If the films you had stored of precious memories with your loved ones like birthday, graduation, or wedding parties are risking degradation due to vinegar syndrome, it would be best to consult professionals on what to do if you have no idea. However, you can consider these three basic steps when dealing with acetate film degradation.

The degree of damage done to the films is irreversible, but trained professionals can recover images and fuse them using X-ray scanning techniques. You can consult a professional conversion service when considering the conversion of the film to a digital medium. Digital film conversion is ideal, especially if you are talking about copying extensive collections of the stored film. You can keep the films in cold vaults and work on them over time.

Old film is a relic, and it should be well-preserved. Don’t wait until your old 8mm or 16mm film faces vinegar syndrome for you to consider digital film conversion. Do it today! Save the old video footage you find special to protect it from degradation. You can still hold on to the original footage for sentimental values, but you will have a digital print to make sure the memories are stored forever.

The converted digital version has a couple of benefits to it like:

Vinegar syndrome causes deescalation to occur, producing a vinegar odor and degrading old, stored films. Vinegar syndrome will cause irreversible destruction of footage, and it can spread from one film to another, causing extensive damage. However, keeping the films in cold and moisture-free rooms can slow the degrading process meaning it’s still a ticking time bomb. Instead of prolonging the duration of time before you lose the footage, consider digital conversion. Digital film conversion is the ultimate solution to protecting old film footage.

The Benefits of Living in a Retirement Home

How To Select The Mother Of The Bride Dress In Plus...