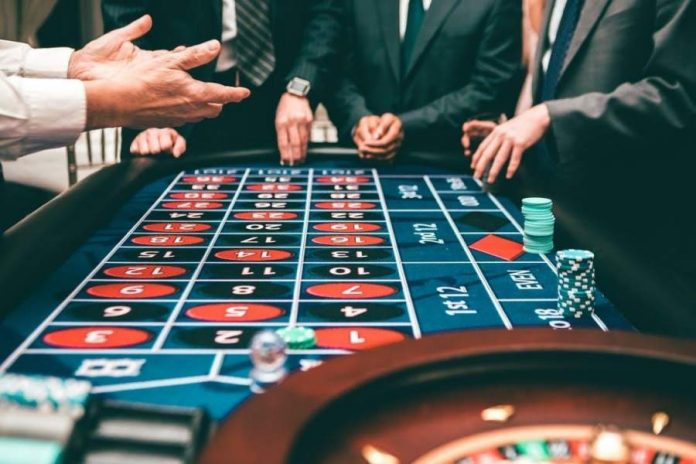 Whether it’s going for a royal flush, calling house, or spurring on Santa’s Little Helper as he runs around the track, there’s no denying that Brits love to play games for real money. The UK gambling sector was worth £14.2 billion as of last year, with 40% of that being attributed to online gambling. Last year, we saw a major increase in three areas of gambling: online casino gambling, the National Lottery and non-remote betting. Brits just can’t seem to get enough.

With a reputation for having one of the safest betting and gambling industries in the world, Britain is a hotspot for a variety of different forms of gambling; in which there’s been some serious talent to come out of the nation. With the use of online gambling sites and apps on the increase, there’s been a fundamental shift in the way Brits approach gambling.

Let’s take a look at what the most popular gambling games are currently.

While non-remote betting may have declined over the past year, there has been an increase in the amount of people playing online casino games. In fact, the online casino sector generated around £3.2 billion GGY last year; a figure that continues to increase while overall the sector has seen a small decrease in revenue.

While slot games are the most popular, online casinos generally offer a huge amount of games, from online poker, to slots, bingo, virtual golf and much more. The best part is that there is often a huge number of bonuses and free spins for those new to online games.

There are a lot of providers on the market which can make it difficult to choose, although the best sites will have an open policy and great deals to be won.

Some of the most popular casino games include:

While online slots used to be quite basic, today they are greatly improved, in which modern technology has meant that online slot games now have incredible graphics, quality sounds and are highly interactive.

What’s more, newer technology means that slot games are now fairer too. There’s a huge variety to choose from and many are based off of popular movies and tv shows.

Blackjack is a simple card game, but one that requires a lot of skill and knowledge in order to be able to play well.

While a lot of games are based on skill, roulette is a great option for players who are looking to relax and leave the outcome down to chance.

Real money poker has become incredibly popular as an online game. Players are now able to play poker online and, on the go, from anywhere and at any time. That could mean on the morning commute or even just from the comfort of your own sofa at home.

Online poker offers a great deal of benefits over live poker as players choose from a huge variety of different forms of poker that aren’t always available in the brick-and-mortar venues. There’s also usually larger jackpots and a great deal of bonuses offered.

Some online poker providers also offer a live dealer option which bridges the gap between online and in person poker.

According to statistics, over 70% of Britain’s over 18’s regularly take part in the national lottery, which is roughly around 45 million people. Established in 1994, the lottery has now become an intrinsic part of British culture, with most people that play buying an average of 3 tickets per week.

In fact, the lottery has become so ingrained into our culture that even the queen has participated, in which she was lucky enough to win £10 on her first ever try. While it’s incredibly popular, those that do win don’t like to publicize it, with 85% of winners preferring to keep their identity secret.

Some other surprising statistics:

Horse racing is another popular activity that Brits bet on in the UK, in which the population bet £300 million on the Grand National each year. It’s the second biggest spectator sport in the UK too, and contributes £3.7 billion to the UK economy annually.

The first ever horse racing to take place was arranged by King Charles II in 1660 in Newmarket. To this day, Newmarket is famously known for the horse racing that takes place there.

According to statistics, around 1.9 billion people play bingo in the UK. While bingo used to be seen as a game that only older people would take part in, today, this has changed. Thanks to online gaming technology, the rise in online bingo has meant that it now appears to a much wider demographic group.

Today, bingo sites are geared up for the younger generations with different themed games being available that are based on popular movies and tv shows. What’s more, as the industry is so saturated with providers, they are having to come up with inventive ways to keep customers loyal.

As a result, there are always a great range of deals available for new and existing players, including sign-up bonuses, free spins, and mini games to name a few. Overall, it’s clear that gambling in the UK makes up a significant part of the culture and also contributes significantly to the economy. Thanks to online technologies, it’s now easier than ever for Brits to play their favorite games too, and all while being a part of one of the safest online gambling institutions in the world.

Read Also : 5 Reasons to Buy a Gaming Laptop Even if You Don’t play Games

Become a Weed Farmer: Your Guide to Growing Cannabis

Find The Best Munchkin Kittens For Sale In Florida

Why Solo Cu Koozies Are Interesting Products For Businesses