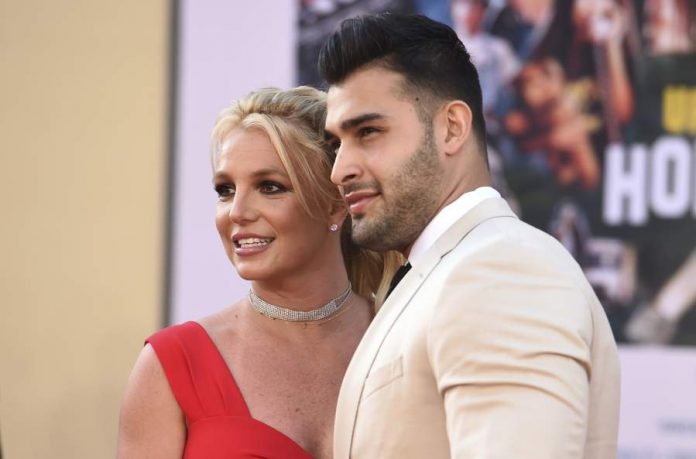 What is a relationship without a bit of fun? Sure the five-year-long relationship of Sam Asghari and Britney Spears is nothing but a rollercoaster ride full of fun, thrill, and well, trolls. Yes, recently Britney opened up about her getting married to Sam. But fans had much more to say about it than just “congratulations”.

The Prenup And Fans:

Sam and Britney have yet to tie the knot. However, they got engaged recently. Britney Spears’ new fiance, Sam Asghari took to social media to address the trolls using good humor. The fans urge Britney Spears to get a prenup before she ties the knot with Asghari. After Britney broke the news to the world that she is thinking of marrying her long-time beau, the fans immediately thought of a prenup.

It was not just fans, one of the most recognized personalities, Spencer also took to social media to tell Britney to get a prenup. However, Asghari took to Instagram to humorously reply to their pleas. He wrote on his Instagram story on Monday, “Thank you to everyone concerned about The prenup!” The sarcasm was fun and addressed the issues lightly.

Further, he added, “Of course we’re getting [an] iron-clad prenup to protect my jeep and shoe collection incase [sic] she dumped me one day,” the text was followed by two crying-laughing emojis. The 39 years old Toxic singer announced on Sunday that she is ready to take the next step in her five-year relationship with the 27-year-old Asghari.

Fans flooded the Instagram account of the singer with comments that only told her to protect her $60 million worth of fortune. They urged her to get a prenup before she married her trainer. Oscar-winner Spencer was also among those concerned. She also wrote a comment saying “Make him sign a prenup.” Although she deleted it very fast.

Britney And Her Assets

Several fans even compared Asghari to Spears’ ex-husband, Kevin Federline. Federline proposed to Britney after two months of dating in 2004. Later they married each other in October. However, they separated in 2008. She has two sons with him. Although the singer has close to no say when it comes to her money. It is her father who manages her assets.

Britney has been under conservatorship since 2008. Although she is trying hard to end the legal arrangement so that Britney can have her freedom back. It shows that her fans are only concerned.

Must Read : Dig Into All You Need To Know About Rivera’s Ex-Husband Jose Trinidad Marin

Why are vaccines during pregnancy considered so vital?

Antimicrobial vs Antibacterial: What Are the Differences?

Why Are Headband Wigs So Famous?

Which Credit Card You Should Apply for Travelling?