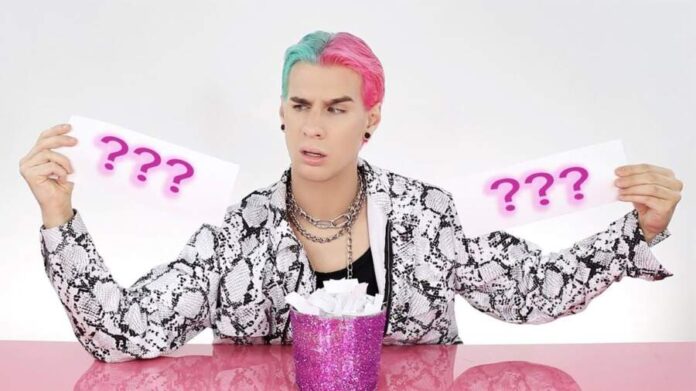 All of us love to have silky smooth and a perfect hairstyle to complete our look. Isn’t it? And therefore most of us really love to follow certain hairstyles that we see our favorite celebrities in. But for having a perfect hairstyle we also need such professionals whose hands create the magic in our hair. So the name Brad Mondo is not at all new to those of us, who are passionate about unique hairstyles.

Brad Mondo is a famous celebrity hairstylist. In fact, he is one of the most favorite hairstylists of various top celebrities. Although he first rose into prominence through his YouTube channel, which now has millions of subscribers. In this article, we will discuss some interesting biographical details about Mondo as well as some unknown aspects of his life.

This famous hairstylist was born on October 28th, 1994 in Franklin, Massachusetts, in the United States. Therefore he is presently 25 years old. His zodiac sign is Scorpio. Brad is of Caucasian origin. He follows Christianity as his religion. Brad is originally known as Brad Gesimondo. He was raised along with his brother Eric by his mom and dad.

Moreover, Brad’s physical appearance is also something that makes him even more attractive. He has a height of 5 ft 11 inches or 1.55m. His weight is around 149.9 lbs. In fact, Brad’s hair and eyes also add to his attractive nature. He has light brown eyes and brown colored hair.

Initially, Brad used to post funny hairstyle reaction videos on social media platforms. And it is through these videos that he gradually became popular. He exhibits an amazing talent in creating original looks through unique hairstyles. It is because of this at a very young age he has gained immense popularity. Celebrities like Vanessa Hudgens, Shay Mitchell, and several other famous personalities are eager to style their hair from Brad Mondo. In fact, his YouTube channel has around 7 million subscribers. Let us know more about his life and career now.

Why Did Brad Choose this Profession?

All of you must be wondering what led Brad to choose such a profession. Well, we will discuss it right here. Brad Mondo was born and brought up within the world of unique hairstyles and various aspects of hairdressing. It is because his father himself was a hairdresser and owned a salon. In fact, It is here Brad spent most of his time during his childhood. Therefore, it is very obvious that Brad inherited this creative side from his father. He was actually the inspiration behind Brad’s choosing of this creative profession.

Right from his childhood, Brad was in love with the idea of making people look good and unique. Therefore, along with his father, he started idolizing several other famous creators. They were Jenna Marbles and Shane Dawson. In fact, at a tender age of only 12 years, Brad started his YouTube channel, which today has millions of subscribers. Although he wasn’t very serious about making videos at that time, gradually he got hold of it.

For How Long is Brad in This Profession?

Brad has been working as a hairstylist for the past 10 years. So you can well understand that he has become quite experienced in creating unique hairstyles for people. In fact, Brad Mondo is also a licensed hairstylist. He actually holds the license of two states, New York as well as M.A. So if you want to have a new and unique look you can always ask for tips from Mondo. Moreover, you can also mail him at brad@bradmondo.com.

It is no joke in having over 7 million subscribers on YouTube. What makes his channel so famous? It is in fact due to Brad’s dedication and extraordinary talent that has made him so popular. Now he is a common face on both YouTube as well in the Hollywood film industry. Right now, Brad Mondo is at the peak of his career. The reason behind such a huge fan following is his diverse and unique hairstyle videos.

Brad soon understood that his talent lies far beyond just reacting to funny hairstyling videos. Therefore he started working on intricate concepts and bigger production videos. It is this which increased his viewers as well as made him famous.

He puts in a lot of effort in creating these videos. Brad had a goal in mind while opening his YouTube channel. He had always wanted to create a hair products company. Now his dream is fulfilled. He is the founder and presently the CEO of XMONDO Hair.

Well, Brad had already started to realize his sexual orientation, right from a very young age. He understood that he was gay. Although he wasn’t very comfortable about it when he was young. However, he accepted it more openly during high school.

At first, he tried to convince his friends that he was bisexual because he dated a girl. But somehow his sexual preference was revealed in front of everyone by some of his friends. This revelation had an impact on Brad. Although, gradually he came to terms with it when people accepted it as something very normal.

His family also came to know about it eventually. Brad is always open about his sexual orientation. Although he prefers to keep his partner away from public attention. So we cannot provide you with any more details about who he is actually dating.

Brad Mondo has become immensely successful at a very young age. So it is very natural that his net worth will also be something huge. According to our sources, Brad’s net worth is around $3 million (USD). It is his YouTube channel as well as his work as a professional hairdresser that are the reasons behind such immense popularity. Moreover, he also has some other sources of income. It is through his own online store, XMONDO where he sells hair products.

If you really want to become successful, you can do so with extreme determination and hard work. In fact, through it, you can excel in any field you like. Brad Mondo is a live example of that. Within just 25 years of age, he was able to gain such fame. His followers on social media platforms are increasing day by day. This is because of his creative and unique videos. He is right now at the peak of his career and wishes him all the same throughout his life.

International Traffic in Arms Regulation: What You Need to Know and How to Comply...

Fire It Up: 3 Types of Home Generators and How They...

Fly now with Delta ™ Airlines on your behalf