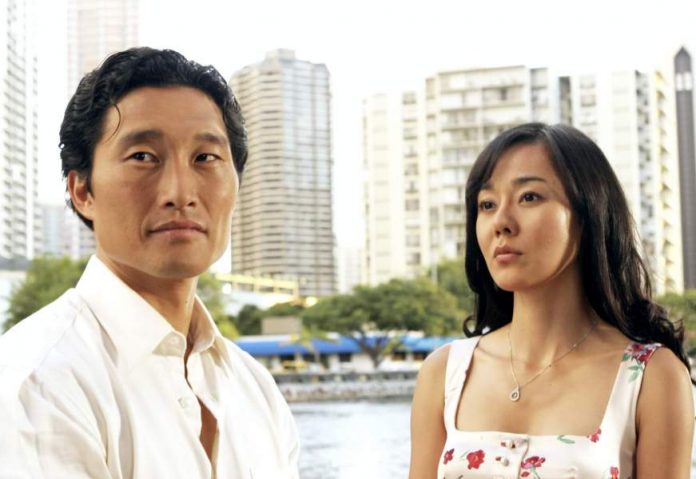 Mia Dae Kim is a general manager by profession. However, she became famous after her marriage. Famous American actor Daniel Dae Kim is her husband. Mia was a common citizen in the USA until she met Daniel.

Daniel and Mia belong to different industries. But their marriage put them together under the limelight. Let us know who is Mia Dae Kim in real life.

Who is Mia Dae Kim:

Mia Kim is an established general manager from New York City. Her other identity is her husband who is a famous American Actor. In other words, Mia got fame from her marriage.

In 1965, Mia was born in Connecticut, the United States. When Mia was 28, she got married to Daniel Kim. After marriage, Mia’s common life changed to a celebrity lifestyle.

Mia continued her career after marriage. She is a successful general manager and public figure now. Also, she is an amazing life partner to Daniel.

Scroll down to know about Mia’s career. In addition, you will know how Daniel and Mia are leading a successful marriage for almost 28 years.

Mia Kim was born in Connecticut, The United States in 1965. However, she didn’t share her birthdate on social media. But she celebrated her birthday on 28th March. So we can guess something. Her parents are Dr Chong Heon Rhee and Youngsil Rhee. Dr Heon Rhee worked as a pulmonary specialist at Bridgeport hospital.

We have no information about her siblings.

Mia studied at a local high school in Connecticut. Then, she graduated from Smith College. Her highest qualification is graduation. In addition, she is Christian by religion. Mia’s ethnicity is Korean-American.

Mia started as a graphic designer. She worked for Springer-Verlag New York Inc. It was in Manhattan. Currently, she is a general manager in Salvatore Ferragamo. It is an Italian fashion brand.

Mia’s full name is Mia Haeyoung Rhee. Certainly, Mia is a hard-working woman. It is not easy to handle a ‘celebrity partner’ status. Also, she is a working mom. It is surprising to see how Mia is managing her career and family perfectly.

People ask about her earning and net worth. In the next segment, we will disclose Mia’s net with according to 2020.

So, this celebrity partner earned $500,000 US dollars as of 2020. Mia’s source of income is her general manager profession. This is the single source of her earning.

Firstly, she worked as a graphic designer. Now she is serving as the general manager. She is a self-established woman.

Know about Mia’s Husband and Family:

As we know, famous American actor and producer Daniel Kim is Mia Kim’s husband. They married on 12 June 1993. Daniel and Mia dated for some days before marriage. Now, they are married almost for 28 years. As Mia told in an interview, they listen to each other. She told that this is the foundation of their successful marriage.

Daniel is three years older than Mia. He is famous for his roles in Lost, Hawaii Five-0 series, and other movies and TV shows. Also, he worked in video game roles. Consequently, he won different prizes. Daniel’s current age is 53.

This couple has two sons, Jackson Kim and Zander Kim. They are living in Honolulu. Meanwhile, Daniel was diagnosed with Covid-19 while shooting in New York City. He announced it on Instagram in a 10-minutes video. However, he is fine now.

Let us know something more about Daniel’s wife, Mia Kim in the next paragraph.

Mia was born in 1965. Her hometown was Connecticut in the USA. So, her current age is 56. According to some news, her birthdate is 28th March. But, this is not official information.

Her husband Daniel Kim is three years older than Mia. They are married for twenty-eight years.

Firstly, Mia Kim loves to listen to Taylor Swift’s songs in her free time. Secondly, her favourite actor is Ryan Gosling and the actress is Scarlett Johnson. In an addition, she loves Korean cuisine.

According to the news, her favourite platform is YouTube. Mia’s preferred colour is white. Spring is her favourite season. Mia Dae Kim prefers brands like Chanel, Prada, Louis Vuitton, etc.

Mia Dae Kim is famous for her husband, actor Daniel Kim. However, she leads a successful career and life. Mia is confident about her choices and life decisions. Indeed, she is a strong woman.

What Is E-Learning And How It Is Benefits

Keep an RV Cool on the Road this Summer

What is the Status of Kylie Jenner and Travis Scott relationship...