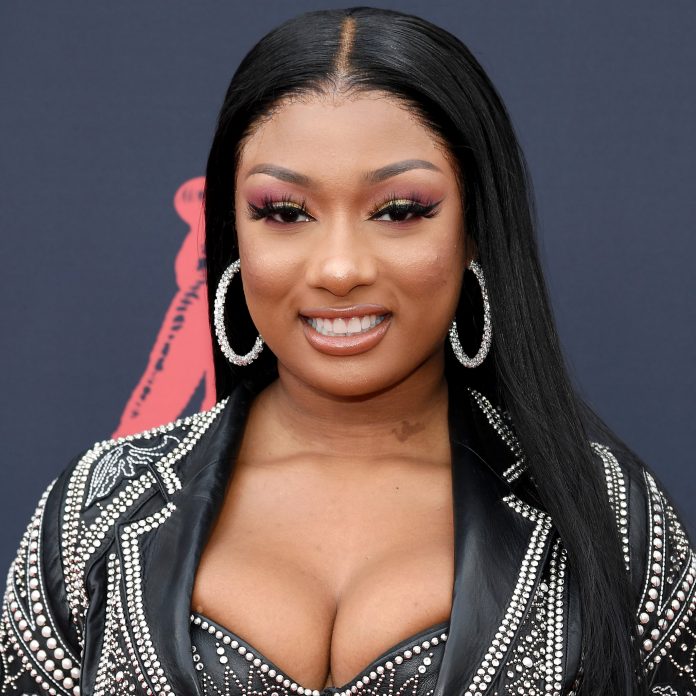 Megan Thee Stallion is a popular rapper and singer from America. She is also a dancer and songwriter, and in this current trend, she is one of the popular rappers in America. She is unique in writing her songs, and most of them are sexually charged lyrics. She caught great popularity with such lyrics among the public. Her nonstop confidence is another important feature to succeed as a popular rapper. Megan Thee Stallion lyrics – 58 song lyrics sorted by album, including “Savage”, “Savage (Remix)”, “Captain Hook”.

Megan was born on 15 February 1995. Her born place is Houston, located in Texas, United States. Her zodiac sign is Aquarius, and her nationality is American. Though she is an American, her look portrays African-American ethnicity. Holly Thomas, a professional rapper is the mother of Megan. She is popularly called Holly-Wood. But, she is no more now due to a brain tumour. Holly Thomas passed away on 21 March 2019. She was taken care of by her mother, and the reason for her passion for the rapper is her mother. Megan’s born name is Megan Jovan Ruth Pete. During her childhood days, she used to listen to the Southern rap staples such as Pimp C and Three 6 Mafia. From her age 14, she was writing her styles of lyrics for raps. The information about her father and siblings is not known. 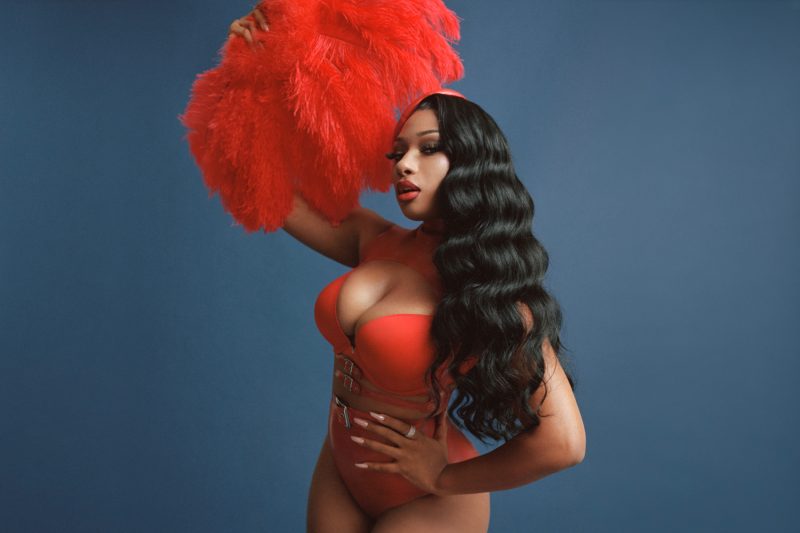 She has done her schooling at Pearland High School, Texas. She was also doing her higher studies at Prairie View A&M University. She is currently pursuing a degree college in health management at Texas Southern University. She decided to pursue a degree after considering her grandmother. She also said in one of her interviews, “wanted to provide a good facility for older people so that they can enjoy their end of lives”.

Megan has a boyfriend with whom she is enjoying her love life. Her boyfriend is also a popular rapper named Moneybagg Yo. But his born name is Demario DeWayne White Jr. In July 2019, Megan confirmed her relationship with this popular rapper through an Instagram post. In most of their social media posts like pictures, videos, both of them are seen together many times. She was also rumoured to be dating G-Eazy and Trey Songz, but she refused all those rumours.

Her mother was her inspiration to choose her career as a rapper. She started to write rap lyrics at the age of 14. But she realized her knowledge in rap seriously at the age of 18. She released her first official track in April 2016, and it is popularly known as Like A Stallion. She released this first track under the guidance of her mother. A Pretty Time Entertainment Management, her mother’s management company released her single “Like A Stallion”. But she has become popular after releasing her new project, Tina Snow on 10 June 2018. In this project, Megan got a new chance to work with another popular rapper, Nicky Minaj. Both performed well in the song Hot Girl Summer. Megan was a professional dancer and model, and she performs in her songs mostly. 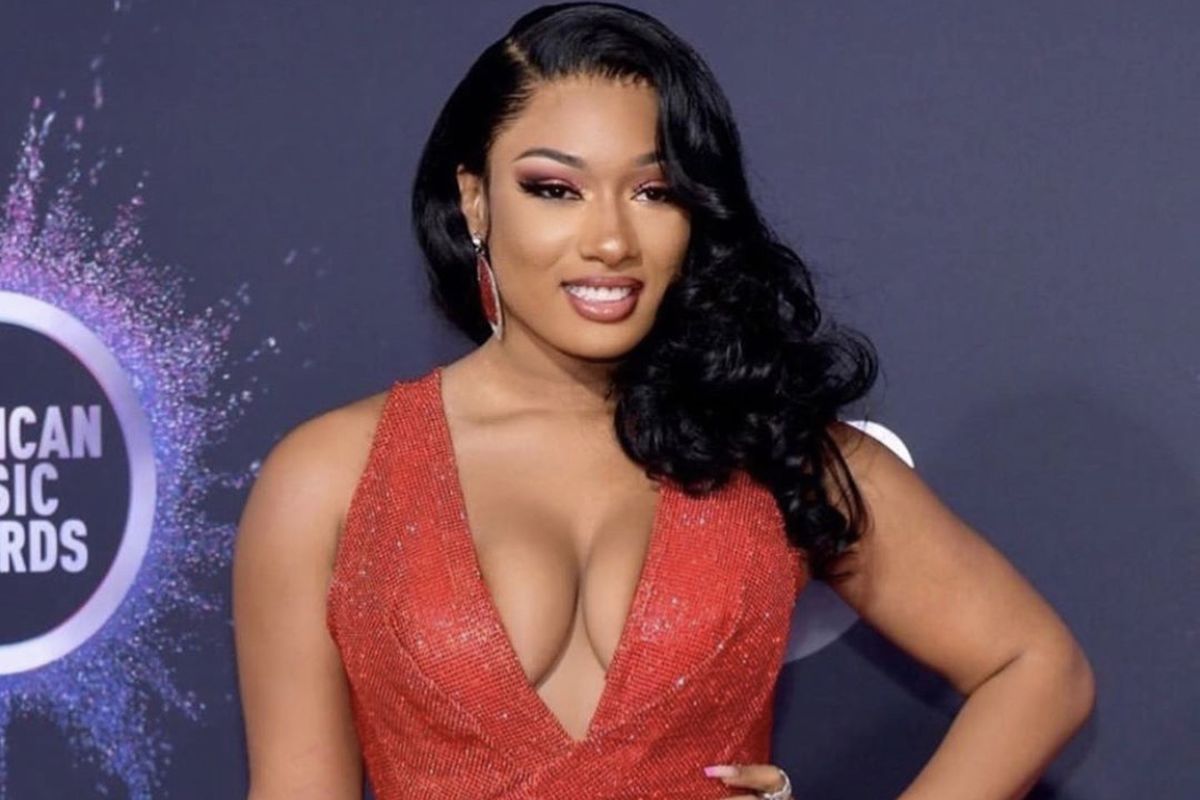 In 2018, Megan got one more good chance of signing a new project with 1501 Certified Ent. This is an indie label company, and Carl Crawford is the owner. He is a retired baseball player. In the same year 2018, she released a 10-song EP of the same project ‘Tina Snow’. She then gained much more name and fame after signing with 300 Entertainment. One of her songs named Big Ole Freak was a popular song streamed for more than millions of times before its release in February 2019. She released mixtapes namely Make It Hot, Rich Ratchet, Fever featuring Juicy J and DaBaby, etc. Her first studio album named Fever takes the number ten position on the Billboard 200.

In 2018, she was the first rapper to work with 300 Entertainment. In September 2018, Megan tied up with Roc Nation for a new management deal. Her popular hit number is Cash Shit, released in 2019. Later on, she released many singles that also grabbed the attention of people such as Poppin, No Heart Remake, and Cypher Verse. Other than this, Megan loves to watch horror movies. She also has a dream to direct a horror film shortly.

She won many awards such as BET Hip Hop Awards as a Hot Ticket Performer and Best Mixtape Award, Powerhouse Award from Billboard Women in Music, Best Power Anthem Award, and Breakthrough Artist Award from Variety’s Hitmakers. Almost in the same year of 2019, she has won all these awards due to her hard work and dedication. She was also nominated for other awards such as BET awards for the Best Female Hip-Hop Artist, BET Hip Hop Awards for the Best New Hip Hop Artist, Soul Train Music Awards for the Rhythm & Bars Award. Unfortunately, she didn’t win all these awards.

Megan is a popular rapper and gained huge popularity at a young age. She has just completed her 25 years of age. But at this young age, she earned a good income working as a rapper, dancer, writer, model, and director, etc. Her net worth is estimated at 2.7 million US dollars as of now.

The young rapper is much active on social networking sites. She updates her current status on Instagram regularly. She is also active on Twitter and Snapchat. She has huge fan followers on her social media accounts. On Instagram, she has more than 200,000 followers.

Megan is maintaining her body structure to be sexy. In simple words, we can say that she has a jaw-dropping figure. Her height is measured to be 5 feet 10 inches. Her weight is around 65 Kg. Her body measurement is 36-26-38 inches. Her hair and eyes color is black.

How to Pick the Right Doorbell System for Your Home

How to Hire the Right Demolition Contractor?