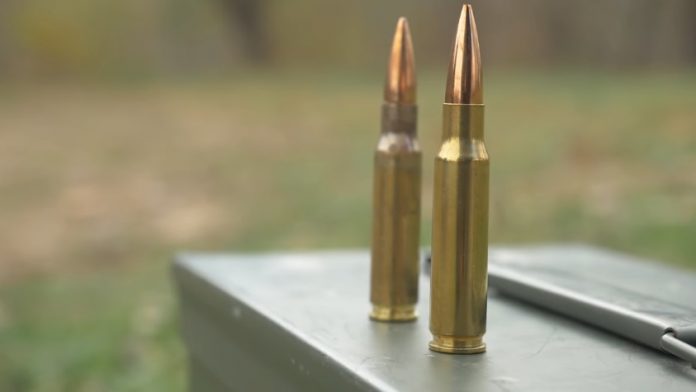 We have seen the future unfolding these past years where everybody shops for just about anything online. More evidently so since in the current COVID-19 pandemic when people just order mundane things such as potting soil, paint, and bananas and have them delivered to their doorstep in minutes. But buying online ammo and guns is a different subject.

It is quite reasonable to think that a few million Americans would take the risk and shop for online ammo and guns if the option is there, but the complex intertwining of federal and state laws makes this scenario a bit challenging. The law overseeing the internet online ammo and gun sales is somewhat half a century behind technological advancements. Plenty of people view buying online ammo and gun with a great degree of hesitation.

Here’s a list of what to expect when making online ammo and gun purchase for the first time:

The complex procedures of buying online ammo and guns started when the National Firearms Act (NFA) of 1934 was passed. Before the NFA practically anyone in the United States could have ordered a machine gun from a catalog and if he can afford a $15 mail order fee then he would have had it delivered directly to his home.

With the NFA installed, a buyer would have to pay taxes of around $300 to the federal treasuries before the online ammo and gun purchased can be delivered.

This went on until 1968 when the Gun Control (GC) Act was approved by Congress. This change was a reaction when it was known that Lee Harvey Oswald acquired his guns by mail under a different name before the assassination of President Kennedy.

After the ’68 GC Act, gun shops had to be licensed by the federal government where people can purchase. The 1968 law still holds today, and this is for purposes of practicality. Online ammo and gun purchase is still quite frankly an upmarket catalog sale. And this stands for whichever state and whatever freedom is enjoyed – the online ammo and gun purchased will by and by still arrive at the local gun shop rather than on the buyer’s porch.

Assuming that buyers have set their eyes on a certain gun and ammo that can be sold legally, the procedures can be a fusion of typical online shopping and booking into a medium-custody prison. Of course, this depends on the state that the buyers live in.

Whether the buyers live in a laxer state or a more safety-first one, the buyer alone is responsible for knowing and observing all the rules.

Online Ammo and Gun Shopping from the Stricter States

Individual states have varying hurdles for buying online ammo and guns. Some state restricts a certain gun magazine size; many require buyers to purchase a trigger lock within certain days before picking up the ammo and gun order. Purchase may also be filtered by the shape of the gun varying from state to state.

Some states such as New York strictly regulate or ban the online purchase of pistol grips, chainsaw bayonets, and flash hiders. When living in one of these states, make sure that the online ammo and gun that you purchased is under the category of “(Name of State) Legal” or anything similar for the state of residence. When ordering a gun that is illegal in the buyer’s state of residence, he or she may end up receiving a notice stating that the transaction cannot go through, perhaps through an email saying that the sale has been canceled or rejected. The buyer will most likely be charged for the online ammo and gun return costs.

Some states possess a fairly tough gun registry that sets what interested buyers can acquire. Take California’s Handgun Roster which functions to filter outstanding guns from normal ones. People may have to check the list of allowable handguns by the state before finally clicking the “Checkout” button.

Law enforcement officers can get several guns and ammo from outside the register of the state. They only have to prove their identity that they are indeed police officers before the ordered guns and ammo can be picked up.

Other Hassles in Online Ammo and Gun Purchase

Not every online ammo and gun is perfect as in any purchase. There may be faults in some or defective parts on the others. Whatever is found to be the problem, online ammo and guns should be easily returned. Some details may vary depending on the company’s guarantee but basically, the process is almost the same everywhere.

When thinking of returning online ammo and guns, taking it to any gun shop with a federal firearms license is considered suitable. As mentioned, buyers shoulder the shipping fee but when their orders are returned, the company usually pays for it. The firearms will then be sent through FedEx.

In rare instances, the online ammo and gun ordered may be defective. Some gun manufacturers may send out new ones. One great fact on returns is that buyers don’t usually pay any other fee or register again when the online orders are beyond repair and need to be replaced. The concealed carry permit though should be updated as they are required like in California.

How to Avoid the Most Common Online Clothes Shopping Mistakes

Incredible Factors to Consider When Buying a Humidifier Online

Use Online Shopping With Codes – Easy Way to Save Money

What You Should Put In Your Mind When Investing in Real Estate?

How to Resize Video with UniConverter

Everything You Need to Start an Online Gambling Company in Australia

Tools that keep you alive in the data science industry

What Is Stainless Steel Braided Hose?