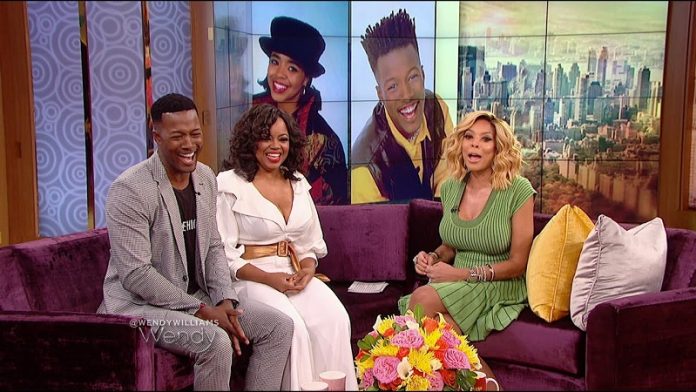 Elijah Alexander Knox is a very talented teenager. He is an actor as well as an upcoming musician. He has been in the limelight for some time. This is because of his celebrity parents. Growing up within such fame and affluence has also made him follow the same path as his parents.

His extraordinary talent has made him secure a strong place in the film industry. Although being quite young, Elijah has featured in some of the popular entertainment projects. For instance, he was part of his family’s reality TV show, Flex & Shanice. It is from this show that his popularity started growing.

Elijah is mostly known to us for his celebrity parents. His father Flex Alexander is a well-known actor as well as a comedian. His mother Shanice Wilson is also very talented. She is an actress, songwriter, singer as well as a dancer.

Elijah is the youngest member of the family. He was born on March 5th, 2004 in the United States. Therefore, he is an American by origin and is currently 17 years old. Elijah’s zodiac sign is Pisces.  He also has a beautiful sister, Imani Knox. Just like the others his sister too is part of this glamorous industry and is in fact an actress.

There isn’t much information available on Elijah’s childhood in the public domain. He is probably still completing his education along with managing the work in the film industry. Elijah’s amazing talent in both singing and acting is what has made him a popular figure among many youngsters. Right from a young age, he is making a mark in this industry.

It is mostly his appearance at his family’s reality show that made him famous overnight. This show was aired on the famous Oprah Winfrey Network. It continued for three seasons from 2014 to 2017.  After this, we see Elijah again in Unsung which is a musical TV show in 2017. Moreover, Elijah’s sister Imani too appeared in some of the episodes of the show along with him.

Did you know that along with being a good actor he is also a talented singer and dancer? Yes, besides his acting career, Elijah loves music and dance as well. Although he hasn’t officially published any of his music videos till now. However, on many social networking sites, we often see Elijah practicing and discussing music with his father. This also reveals more about the strong bond he shares with his father.

Despite being a celebrity, the teenager tries to avoid the limelight. He has also managed to keep away from the flashes of the camera lenses for a long time now. In fact, this has made his fans speculate about his life even more. As we know that he presently lives in the United States with his family and is presumably still completing his education. There is not much information about his schooling and educational career that is made public by his parents. Elijah prefers living a low-key life with his family. Therefore not much is disclosed to his fans about his personal life.

We do not come to know much about his relationship status. Since he is just a teenager he is probably busy with his career and studies. There is no news of him dating anyone till now. If there is any, we will surely update you with all the recent news and events.

According to the sources, Elijah Alexander Knox is one of the richest teenagers. His net worth is approximately $1.5 million. Even though he is quite young, the teenager has already started achieving great milestones in his career.

In spite of having celebrity status, Elijah Alexander Knox prefers to stay away from the limelight. Despite being the son of celebrity parents, he has managed to create his own special identity. This has no doubt made him popular. Therefore very soon we might see him acting beside some of the great actors of Hollywood.

Going into 2021 with Great Financial Skills

What is an IVA? A Professional Guide to Debt

Why are vaccines during pregnancy considered so vital?

Self Drive Minibus Edinburgh: All You Need To Know