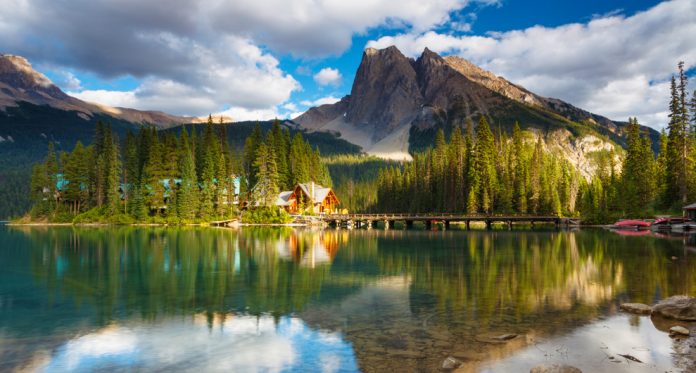 In recent years, tourism has been booming in British Columbia (B.C), Canada. In 2019, for example, record numbers of international tourists arrived in Canada’s westernmost province, with over six million recorded making an overnight visit. Obviously, when you consider international travel restrictions, 2020 is going to see nowhere near that level of tourism. Still, B.C will likely pick up from where it left off once travel resumes to normal as international tourists flock to one of Canada’s most beautiful regions.

Nevertheless, B.C still remains something of a hidden gem. Locals would probably like to keep it that way, lest it falls afoul of the dangers of mass tourism seen with places like Venice. But, for the moment, it remains an unspoilt paradise. Below we tick off five reasons why it is worth moving B.C up to the top of your bucket list:

Okay. We are starting with an obvious one, as Vancouver is regularly ranked as one of the best cities in the world to live in and visit. The list of reasons to spend some time in the city is endless, including the brilliant nightlife, food, music scene, theatre, museums, accessibility and green credentials. The city is known for its postcard-perfect prettiness; unsurprising given it is nestled between the stunning mountains and sea. However, it is also regarded as a friendly city, with a diverse population welcoming to visitors.

2. The Lakes and Penticton

Canada isn’t that famous for its wine production, but you should know that some of North America’s most beautiful vineyards are located near the small city of Penticton (about four hours drive from Vancouver). An agreeable climate makes this a perfect spot for a relaxing vacation all year round. Magical lakes characterise the region around the city too. And, if you are looking for some indoors diversion, you can check out the entertainment experience at Penticton Caseno or visit some of the top-rated restaurants in the area. Greek cuisine is a particular speciality among eateries, with Theo’s Restaurant and La Casa Ouzeria among the pick of the bunch.

Let’s face it: While a bustling city like Vancouver has its charms, the real reason you should visit B.C is to get away from the hustle and bustle of urban life. The region has hundreds of mountains, and no less than ten unique mountain ranges. Highlights for hiking include The Lions, a pair of twin mountains located off the North Shore of Vancouver, and the Golden Ears Trail, near Maple Ridge. But, in truth, there are so many mountains to choose from, and almost all of them are awe-inspiring; so, you can’t go wrong.

If you enjoy skiing, or want to learn how to do it, then B.C should be top of your list of places to visit for some of the world’s best slopes. In fact, Whistler Blackcomb, located about two hours from Vancouver Airport, is regularly voted the best ski resort on the planet. It’s also North America’s largest. Unfortunately, that means it can get very busy. Red Mountain, White Water or Kicking Horse resorts might offer a less-busy alternative for those who want some seclusion on the powder.

Home to moose, caribou, eagles and, of course, grizzlies, B.C is a paradise for those who want to see some of Canada’s most famous residents. It’s one of the reasons that makes Canada such a desirable location to live. Lots of specialist wildlife tours can be taken, getting you up close to the animals while respecting the environmental considerations. But this is Canada, after all, so don’t be surprised when you simply just ‘bump into’ the wildlife by accident during your trip.

Things You Should Keep In Mind Before Buying A New Mattress

Modern human society can often feel disconnected from nature. The offices, automobiles, roadways, and houses that people spend the majority of their time in...

How to Create a Guest Friendly Space

What Can Magento SEO Do For Your Magento eCommerce Store